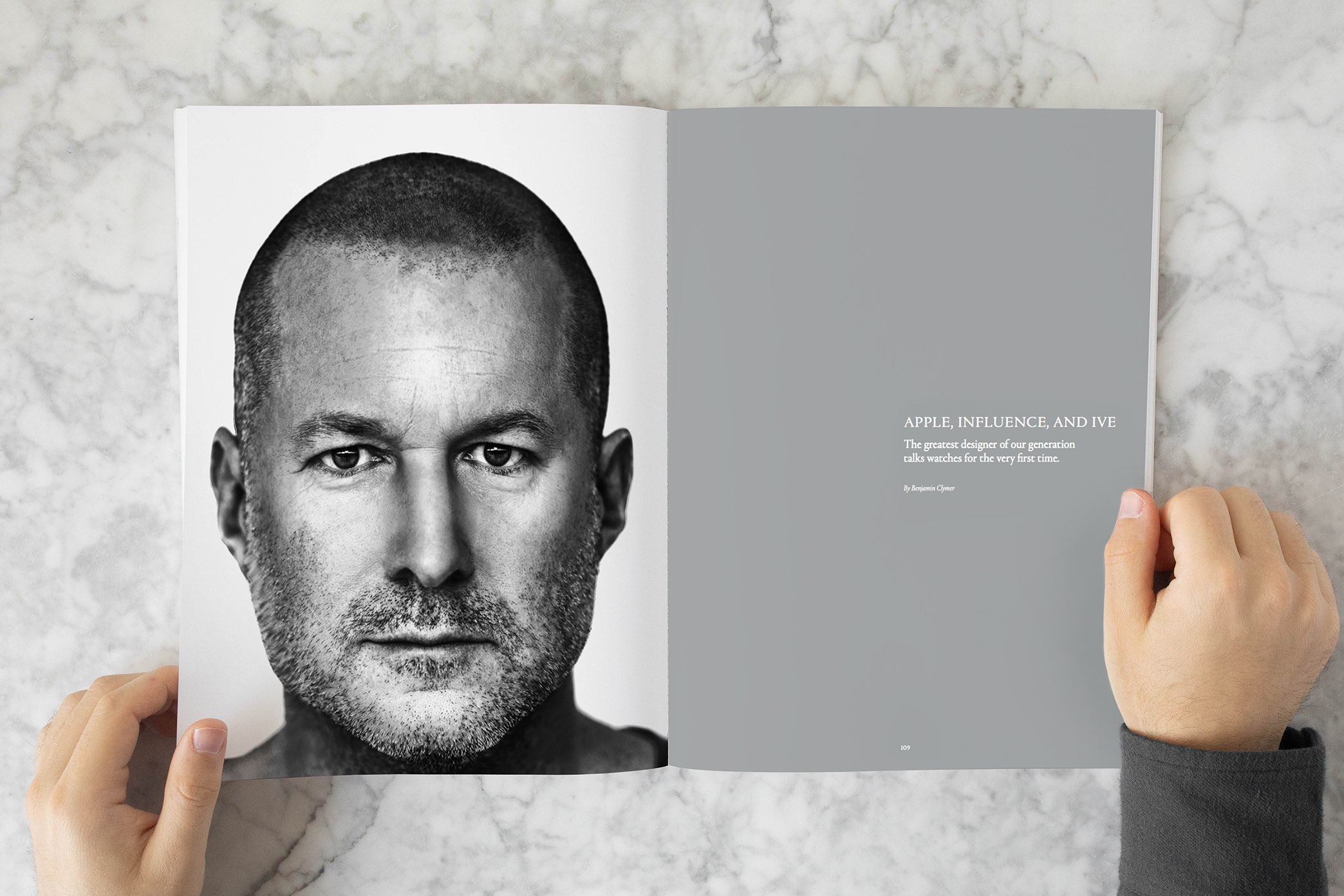 What follows are the best soundbites from the interview.

Apple Watch is primarily Ive’s baby. Marc Newson, Ive’s best friend who designed a few watches in the past, participated in Apple Watch development. They hired Newson in 2014 because, in Ive’s words, the man has “a very particular expertise and set of experiences.”

The team first started talking about the project in broad strokes back in 2012 a few months following Jobs’s death, revealed the London-born Apple design tzar.

“I think, incontrovertibly, that Apple since the 1970s has made difficult-to-comprehend and inaccessible technology easy to understand and accessible,” he said.

“At that point in the journey, we were all routinely carrying around incredibly powerful products, in terms of their technical ability, in our pockets,” he said.

“And it seemed, I think, that an obvious continuation of this path that we’ve been on for so many years was to make technology more personal and more accessible,” Ive continued.

In the same vein, post-Steve Apple was thinking “about where we wanted to go.”

You can look at Apple Watch in terms of trade docs—what it does, etc—or you can look at what would be possible if you knew that you had this much technology with you at all times. Many of us have our phones with us all the time, but they aren’t connected to you.

Imagine having something this powerful with you at all times and what opportunities that might present to the user. That the opportunity is phenomenal. Particularly when you don’t understand just where we are today in terms of technology and capability, but where we are headed.

Thanks in no small part to Ive’s passion, the leadership team gave their blessing to a wrist-worn device that he and his team proposed. Apple Watch, he explained, was a “matter of optimization—of opportunity.”

They consulted seven experts during the development phase:

It’s these experts that helped the team understand the physical nature of the watch.

What’s interesting is that I think there is a strong analog to timekeeping technology here for our own products and computational devices. Think about clock towers, and how monumental but singular they are. They are mainframes. From there, clocks moved into homebound objects, but you wouldn’t have one in every room; you might have one for the whole house, just like PCs in the 1980s. Then maybe more than one.

Then, time-telling migrated to the pocket. Ultimately, a clock ended up on the wrist, so there is such a curious connection with what we wanted to do, and that was a connection we were really very aware of.

“Everything we did was in the pursuit of what we thought was the best solution,” he said. 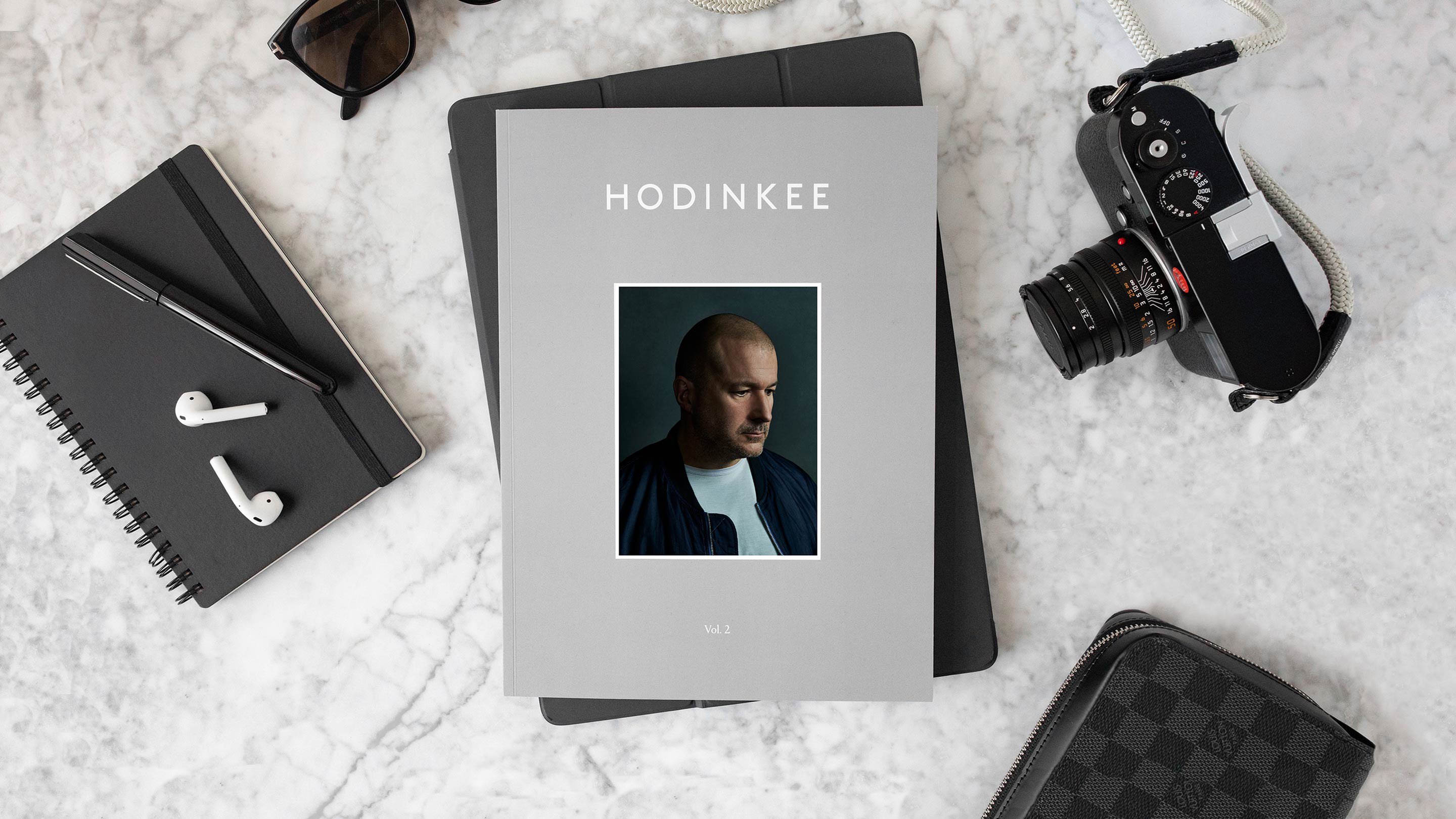 Here are some other takeaways:

Ive loves stories from customers who lead a healthier life thanks to the product.

“I am honestly far more motivated by hearing from one customer who believes that the Watch has materially improved his or her life,” according to the famed industrial designer. “It’s a privilege to work on products that people develop an affection for and that become an important and positive part of their daily lives.”

The expertise, experience and knowledge Apple gained by developing and maintaining its wearable product, which now outsells the Swiss watch industry, may inform future products.

“The opportunity is phenomenal,” the famed designer said. “Particularly when you don’t understand just where we are today in terms of technology and capability, but where we are headed.”

The whole piece is a fascinating read so be sure to check it out over at Hodinkee.