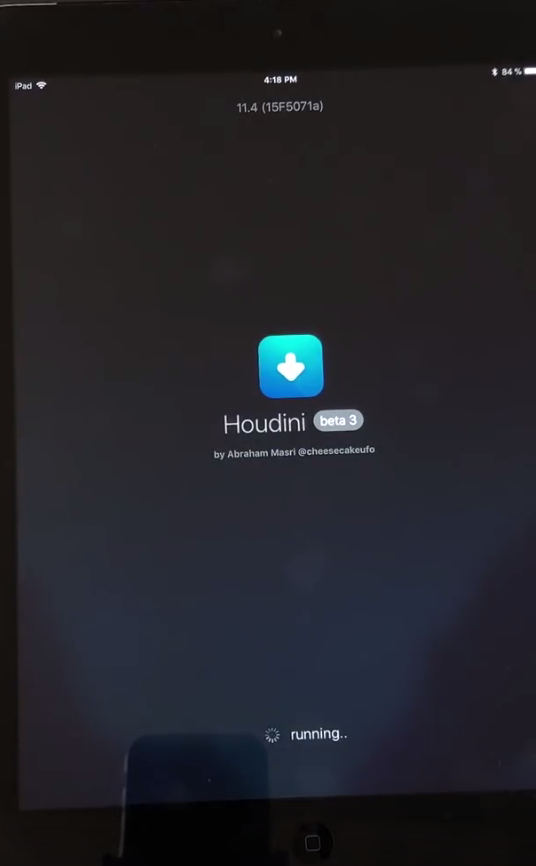 If you’re up to speed on everything happening in the jailbreak community as of late, then you might be familiar with the Houdini semi-jailbreak created by Abraham Masri (@cheesecakeufo) many months ago.

While it isn’t a full-fledged jailbreak like Electra and Yalu are, it does provide users with a basic way of customizing their device(s) outside of Apple’s stock parameters, and Masri has just demonstrated a successful Houdini semi-jailbreak on Apple’s latest iOS 11.4 beta:

In the video, we can clearly see the Houdini beta 3 semi-jailbreak tool running on an iPad with iOS 11.4 beta installed on it. The video also demonstrates some aftermarket operating system customizations as a means of showing off.

As noted in the video description, parts of the video have been cut or sped up because of the lengthy respring process. Nevertheless, Masri has a respectable reputation in the community, and everyone can clearly see the magic at work here.

Being that iOS 11.4 is still in beta, there’s no telling whether Houdini beta 3 will still work after Apple wraps ties up the loose ends for an official public release. It should indeed be interesting to see how the situation pans out in due time.

In other news, a kernel exploit for iOS 11.2.x has just surfaced, and CoolStar seems to be looking into it.

Have you tried the Houdini semi-jailbreak before? Let us know in the comments.