If you’ve heard of the new tool Houdini but haven’t got around to trying it out yet, then let us show you how in this quick guide. If you haven’t heard of it, check out my post on the topic for a bit of background information.

How to use Houdini

1) To get Houdini on your device, download the .ipa from the official site, and sideload it with Cydia Impactor. You know the drill by now, but if in doubt, follow Steps 4-8 of this guide to side-loading. Replace mentions of extra_recipe.ipa with Houdini.ipa. 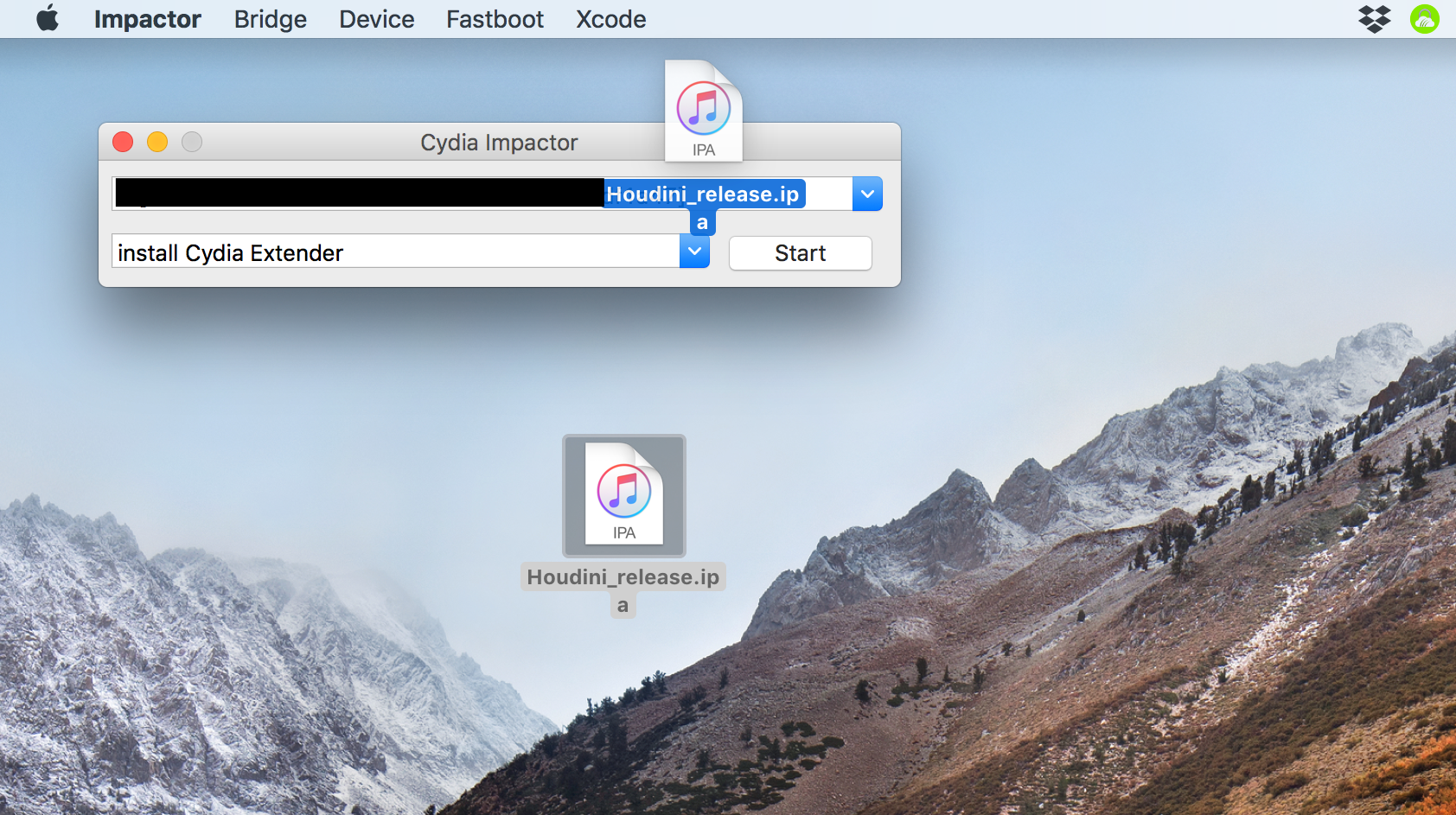 2) Launch Houdini from the home screen, and press the Start button to escape the sandbox and prepare the application. 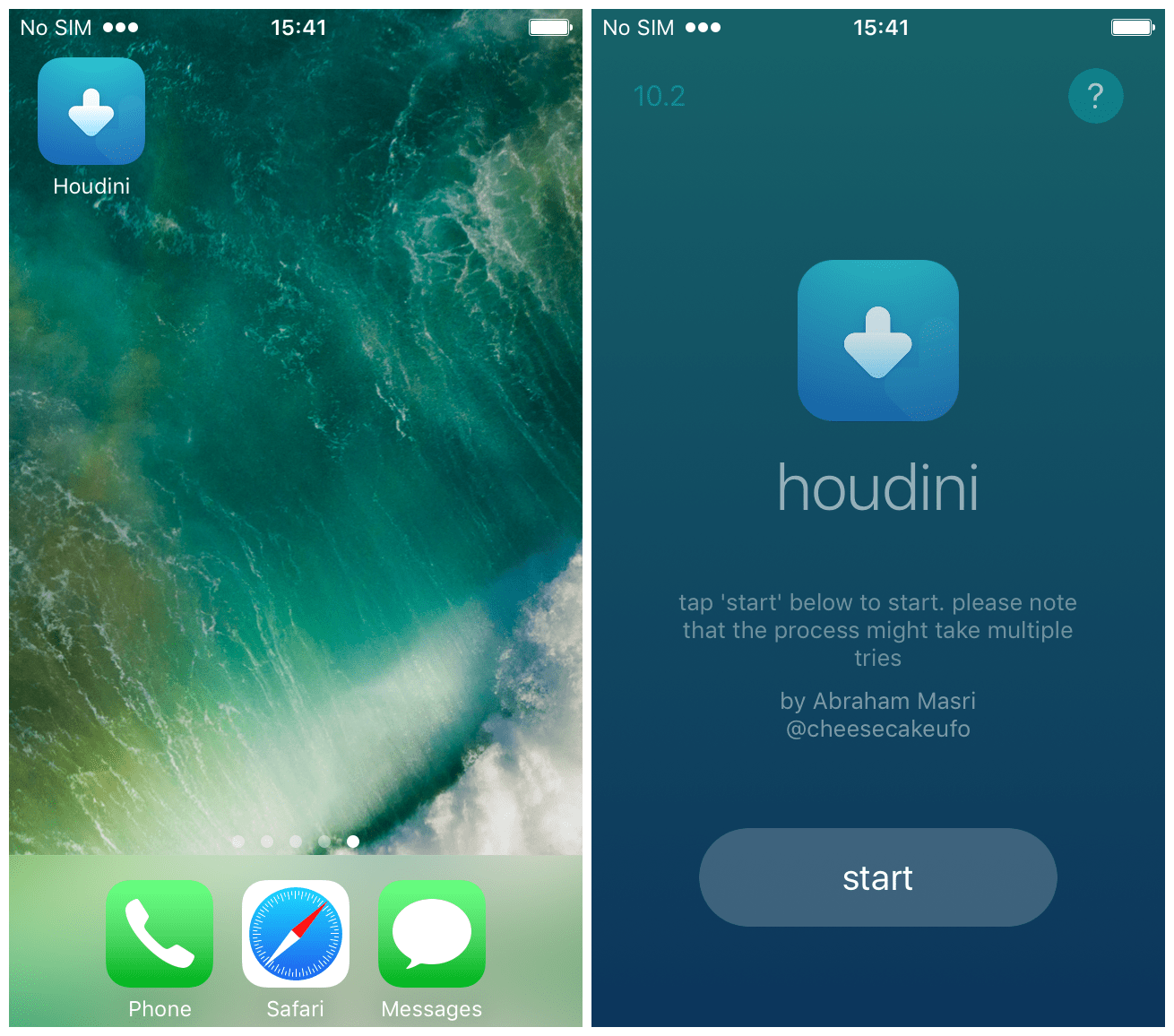 3) Houdini will attempt to run its escape and you will see some preparatory screens. 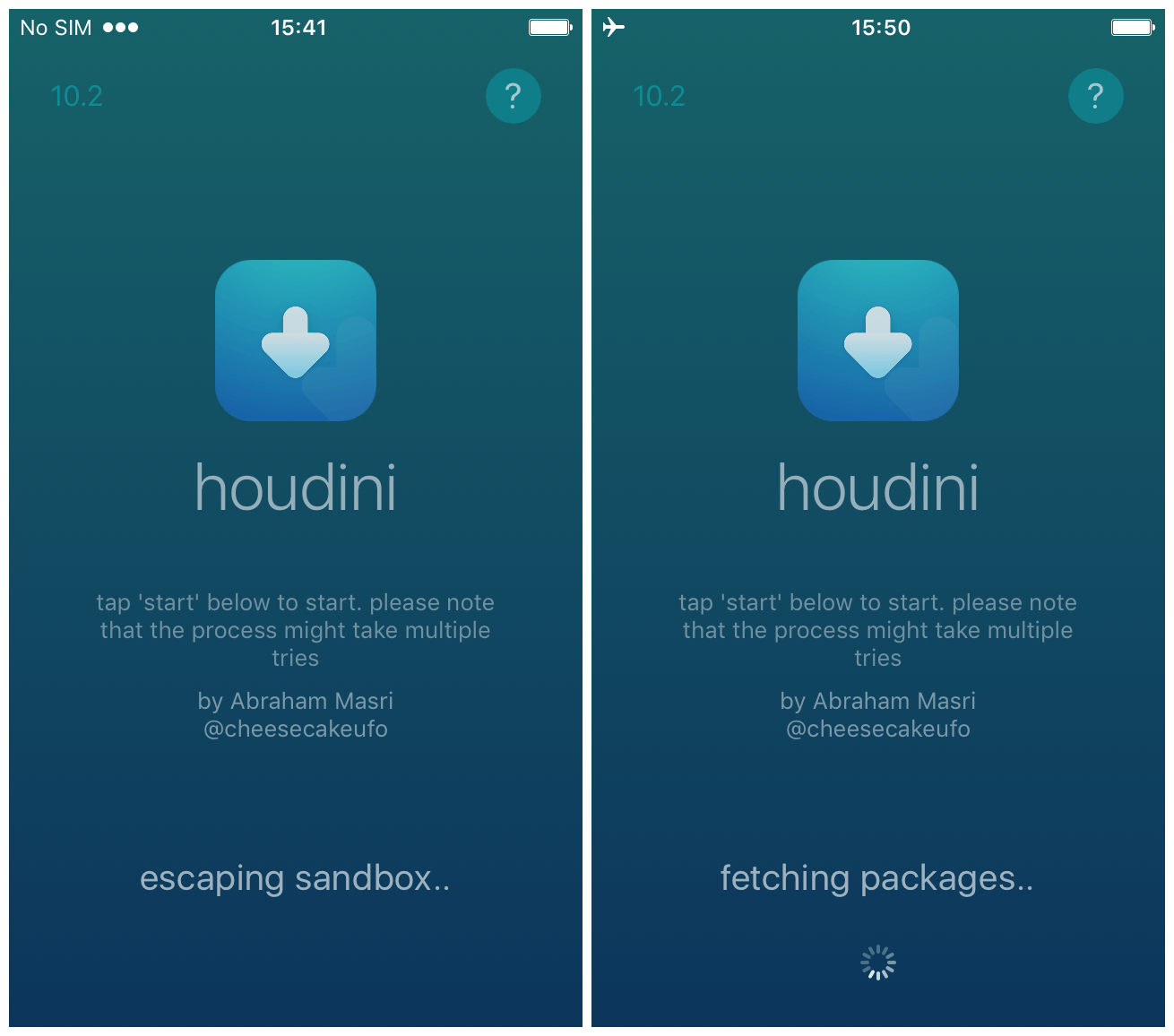 If it remains on escaping sandbox.. for more than a few minutes, it likely hasn’t worked. A pop-up should appear prompting you to hard reset your device via hardware buttons and try again. In my experience it’s been fairly reliable, though not perfect.

4) Once Houdini has succeeded you’ll be greeted with a pseudo-Cydia-style interface. A Sources tab allows adding repositories (though it may not be functional at this stage). The Packages tab is where you’ll find available themes and tweaks. Let’s try Icons Renamer as an example. 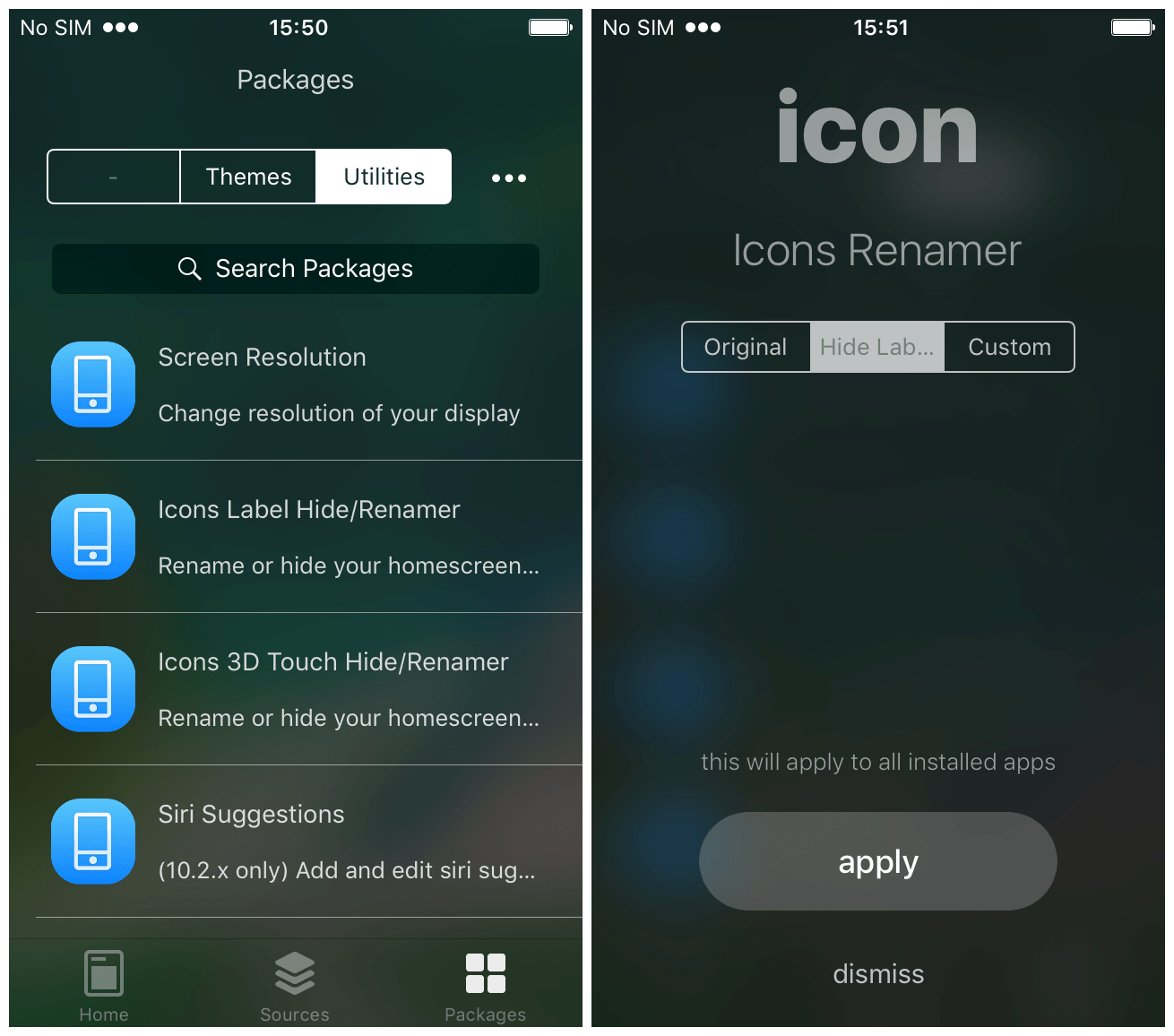 Set your desired options and then press apply.

5) By returning to the Home tab you can see device information, clean the system, and respring. Press respring now to apply our changes: 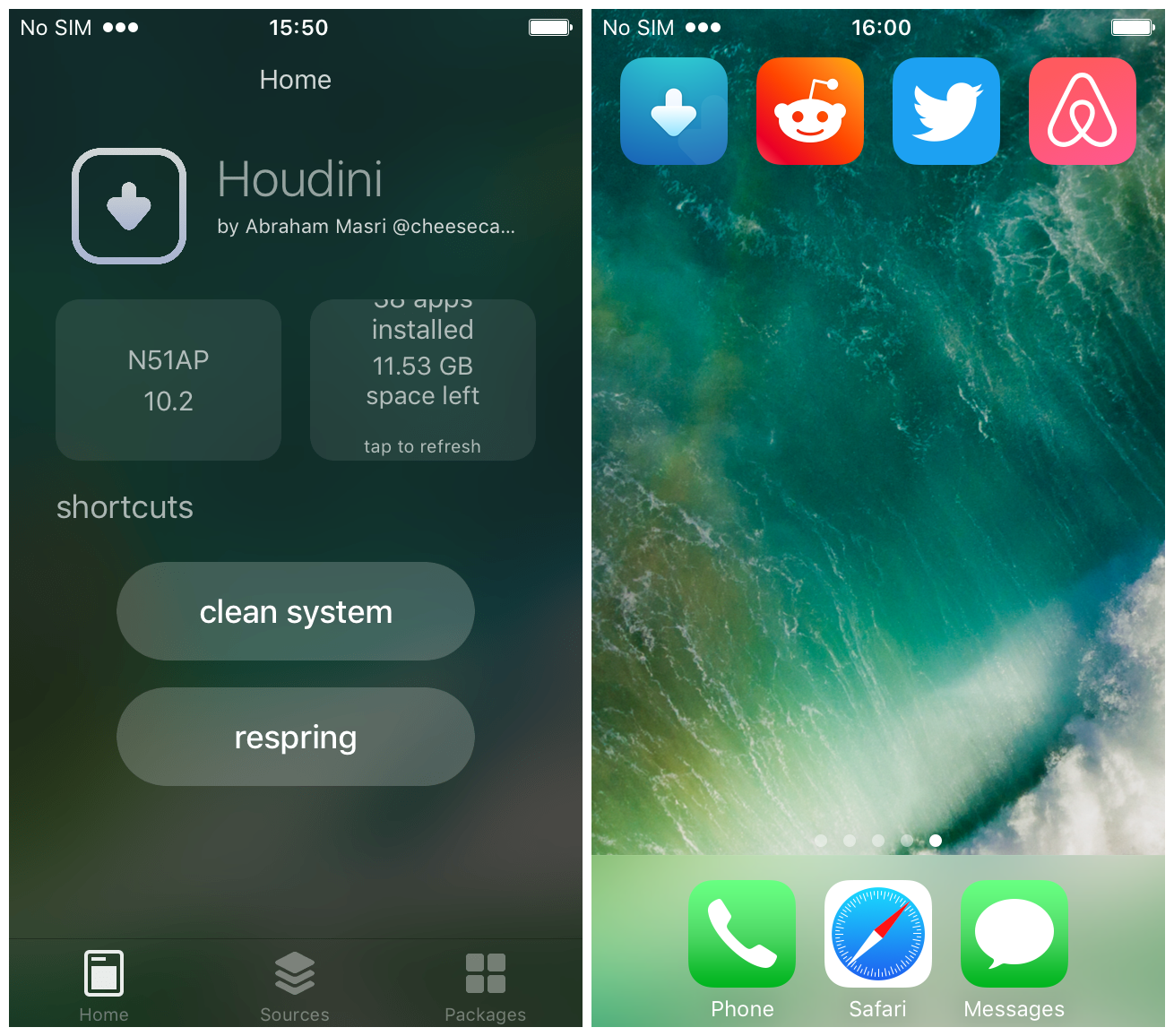 As you can see, the icons on my Home screen now have no icon labels, as desired. In my case the theming wasn’t entirely successful, as Cydia apps and some stock apps retained their labels, but it is a beta, so hopefully it will improve with time.

Set all Utilities back to Original, reset your Theme, respring, and delete the Houdini app.

Houdini is an interesting chimæra, half theming engine, half jailbreak. It can’t do everything a full jailbreak can as it has only part of the security mitigations necessary, but it can do a surprising amount, and is certainly better than nothing for those who’ve been without a jailbreak for some time.

As support for Houdini increases, more themes and utilities will be made compatible, and it will become more useful. Later betas should bring greater functionality too, as not all features are currently enabled. Information on what is currently working, what isn’t, and requests for themes can be directed to the Houdini subreddit.

Although recent exploits might allow for Saïgon and other jailbreak tools to eclipse Houdini in future, it’s certainly nice to see a new and innovative direction being taken, and for some, Houdini will remain the only jailbreak-like option for at least a while longer.