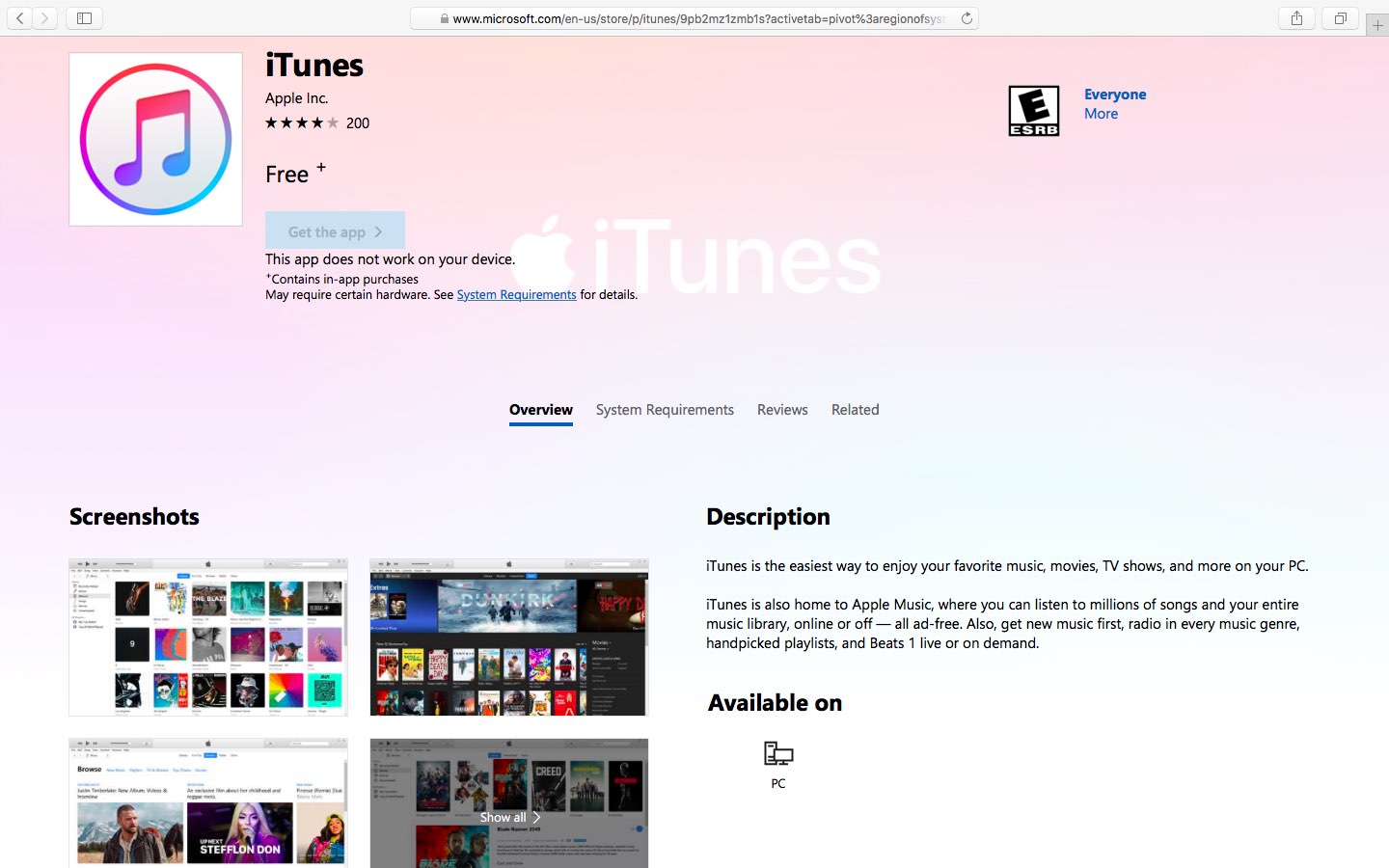 iTunes for Windows is finally available on Microsoft Store.

Now Windows 10 S customers can have Apple’s digital media app on their PC. More importantly, they can now listen to Beats 1 radio and enjoy their Apple Music subscription simply by installing iTunes on their system. Windows 10 S does not permit users to install any piece of software on their PC that wasn’t obtained through Microsoft’s digital store.

The installer weighs in at around 478 megabytes.

iTunes for Windows is a 64-bit app supporting x86 or x64 architecture and requiring Windows 10 version 16299.0 or higher. It needs to be installed on your internal hard drive. Installing iTunes via Microsoft Store replaces any existing version on your system.

Microsoft said in May of 2017 that iTunes would be hitting the store before year-end, but the app got delayed in December because Apple needed “a little more time to get it right.” The Verge said iTunes is one of the apps Windows users search for most often on Microsoft Store.

Do you use iTunes for Windows?