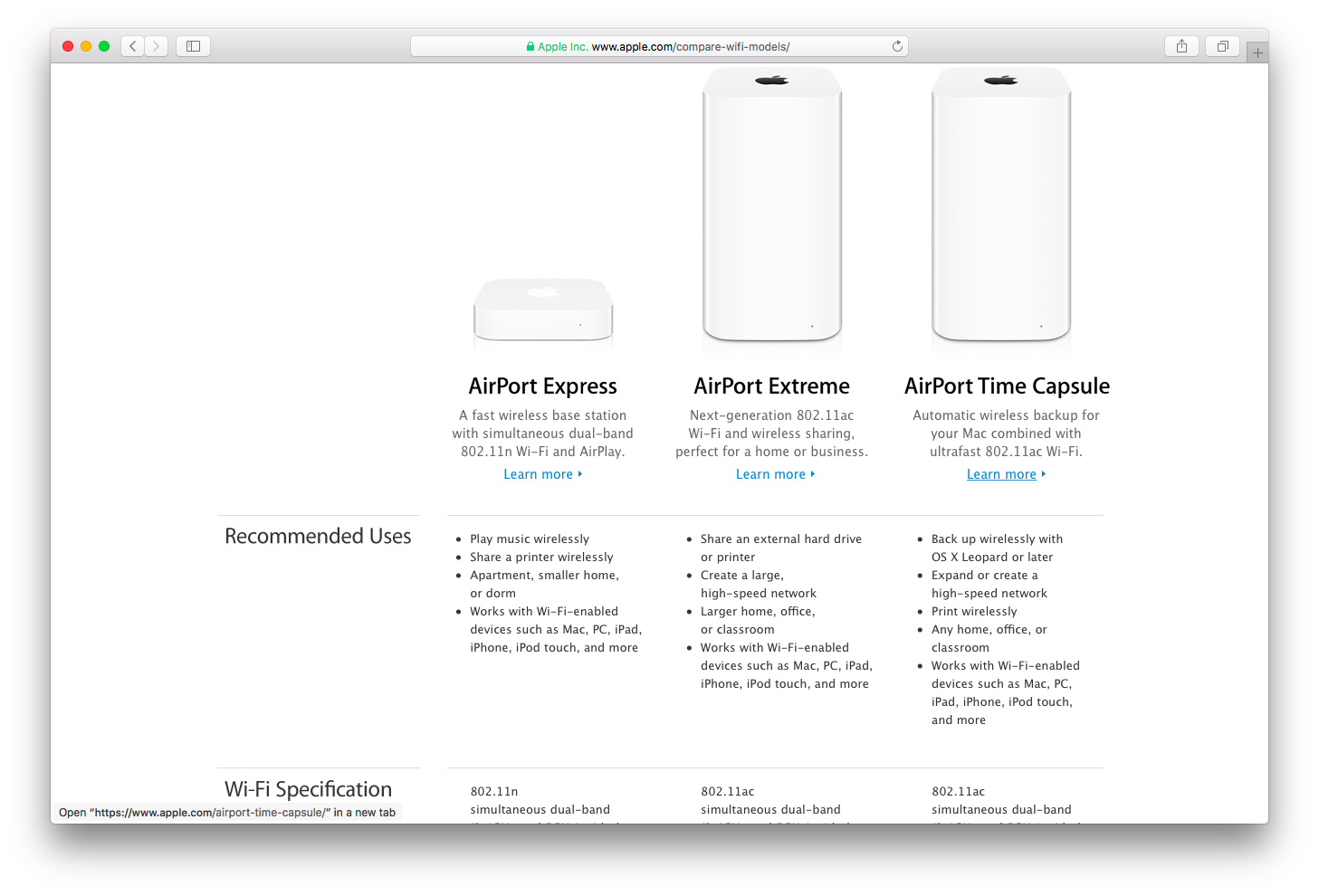 This handy resource follows yesterday’s confirmation from an Apple spokesperson that the company was officially discontinuing its AirPort wireless base station lineup.

The support document is available on Apple’s website and offers advice on choosing a Wi-Fi router to use with your Mac, iPhone, iPad, Apple TV, HomePod or other Apple devices.

It lists the following essential features in terms of compatibility, reliability and performance that customers should be looking for when shopping for a third-party Wi-Fi router.

“A traditional, single router is suitable for the size and layout of most home environments,” notes the Cupertino technology firm. For larger areas, mesh Wi-Fi systems offer flexible coverage with multiple nodes that make it easy to provide whole-home Wi-Fi.

An AirPort device can be set up as a Wi-Fi extender, but this often comes at the expense of wireless network throughout and speed. AirPort appliances do not support mesh networking.

When setting up your router, refer to a separate Apple support document outlining recommended settings for Wi-Fi routers and access points for all Macs and iOS devices that will give you the best performance, security and reliability when using Wi-Fi.

Although Apple is discontinuing its base stations, the company will continue supporting existing customers with important security updates. The $99 AirPort Express, the $199 AirPort Extreme and the $299 AirPort Time Capsule will be available through Apple.com, Apple’s retail stores and Apple Authorized Resellers “while supplies last.”