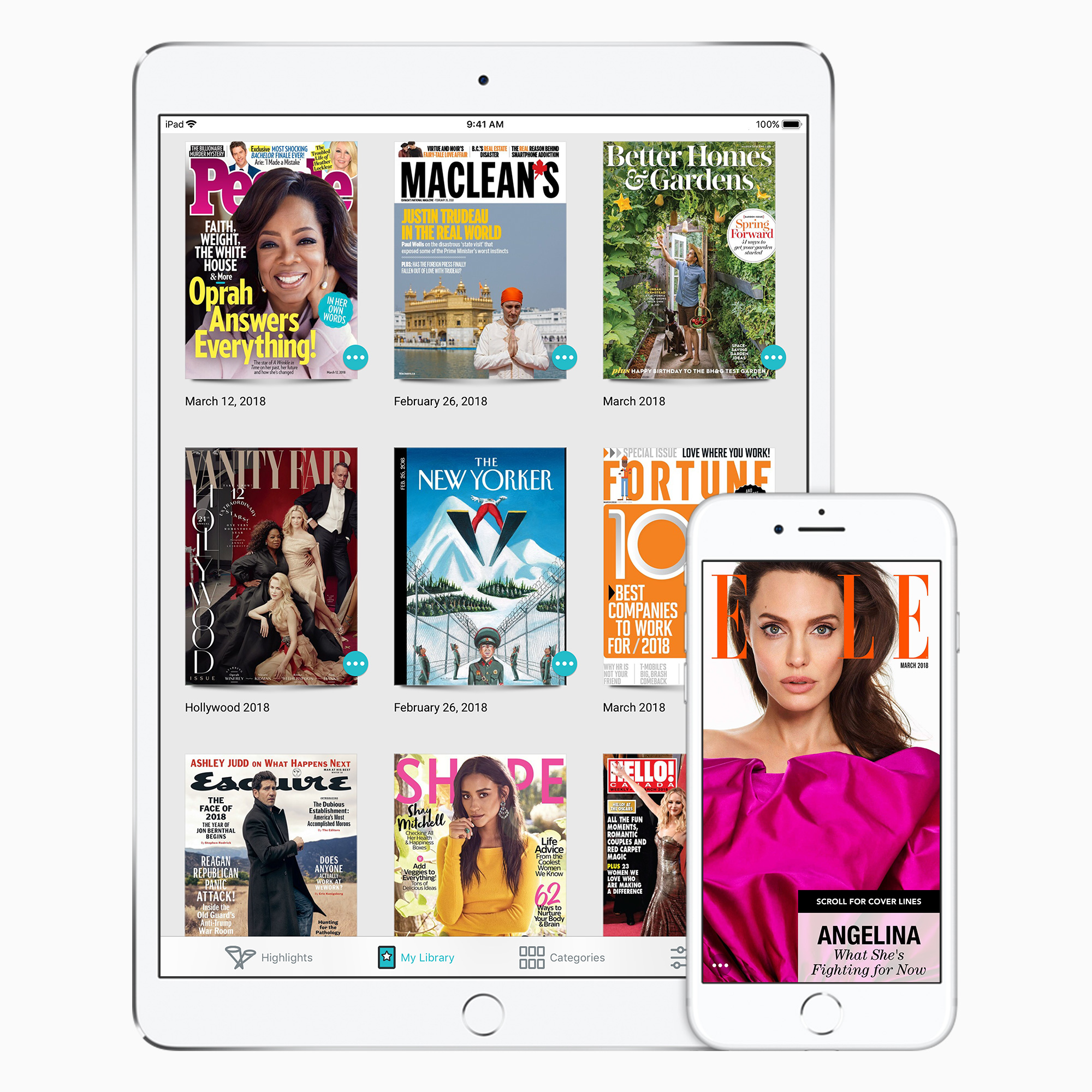 The iPhone maker is integrating Texture technology into the Apple News service and planning to unveil a new subscription offering in the News app for iPhone and iPad within the next year.

Bloomberg’s Mark Gurman and Gerry Smith learned from sources that Apple is building the premium digital magazine service within the News app.

The Cupertino company last month announced a plan to acquire Texture, a digital magazine service operated by Next Issue Media LLC. It provides subscribers with unlimited access to more than 200 digital magazines for a flat subscription fee of $9.99 per month.

About 20 Texture staff were cut soon after the acquisition while the remaining employees joined the Apple News team. If you’ve been wondering, Texture had about 100 staff.

According to Bloomberg’s “people familiar with the matter,” an upgraded Apple News app with an all-new subscription offering is expected to launch within the next year.

The Cupertino company will, of course, share revenue with magazine publishers that are part of the program. Apple’s effort to turn iPad into a canvas for digital publications ended poorly, resulting in the removal of the Newsstand app from iPhone and iPad a few years back.

The Newsstand app used to collate digital magazines and newspapers from third-party publishers who were part of the initiative. Those publishers are now predominantly focused on their own subscription apps. Apple’s News app currently lets you log in with your existing subscription credentials to unlock paywalled content from the likes of The Wall Street Journal.