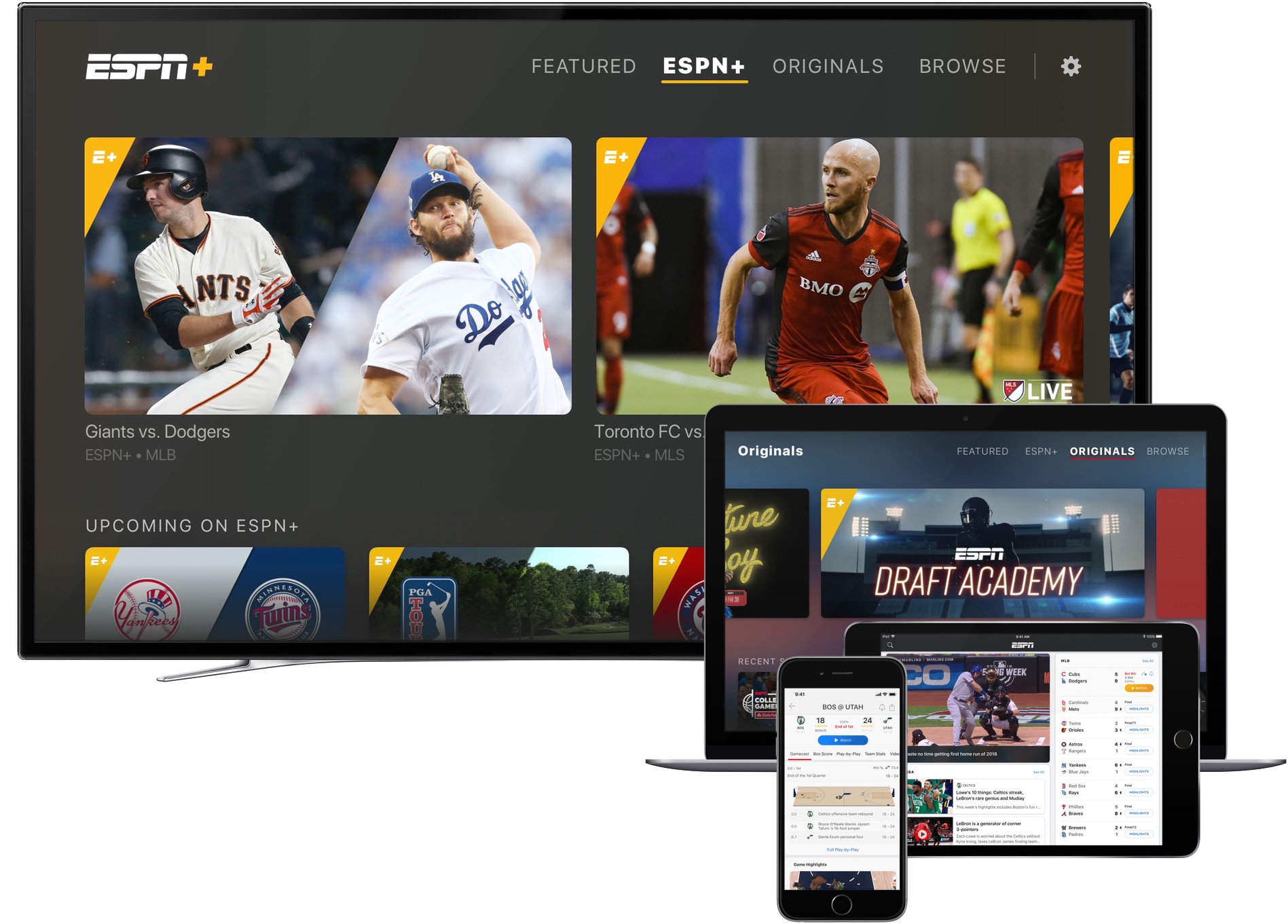 The service rolled out at a price of $4.99 per month, with annual subscriptions available for $44.99 per year. Aside from live events, ESPN+ provides an on-demand library of content and exclusive programming unavailable on the network’s linear channels.

Videos are streamed in high definition at a silky smooth sixty frames per second.

Subscribers get “a differentiated advertising experience” without display ads and no pre-roll ads within videos. Limited advertising remains in the natural ad breaks of live sports content.

There are also thousands of college sports events, ranging from 20 different athletic conferences across the country and other live sports include rugby, cricket, boxing, tennis and golf. There’s also built-in DVR function so fans can record sporting events to watch later. 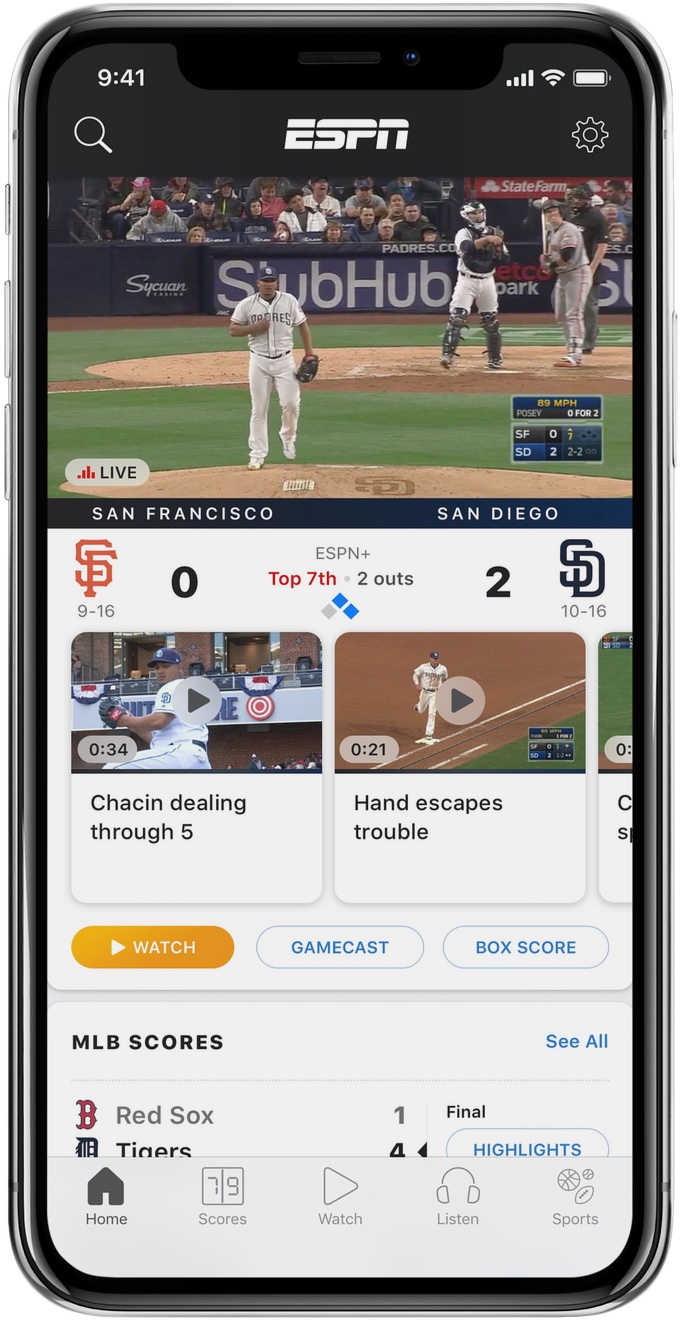 One of the programs is a basketball analysis show, titled “Detail,” which is written, produced and hosted by the former basketball star Kobe Bryant who breaks down NBA games played the day before. Aside from live sports, exclusive studio programs and on-demand archive, your ESPN+ subscription includes some original shows and films, like “Draft Academy”.

Live NFL or NBA games are not part of the offering. 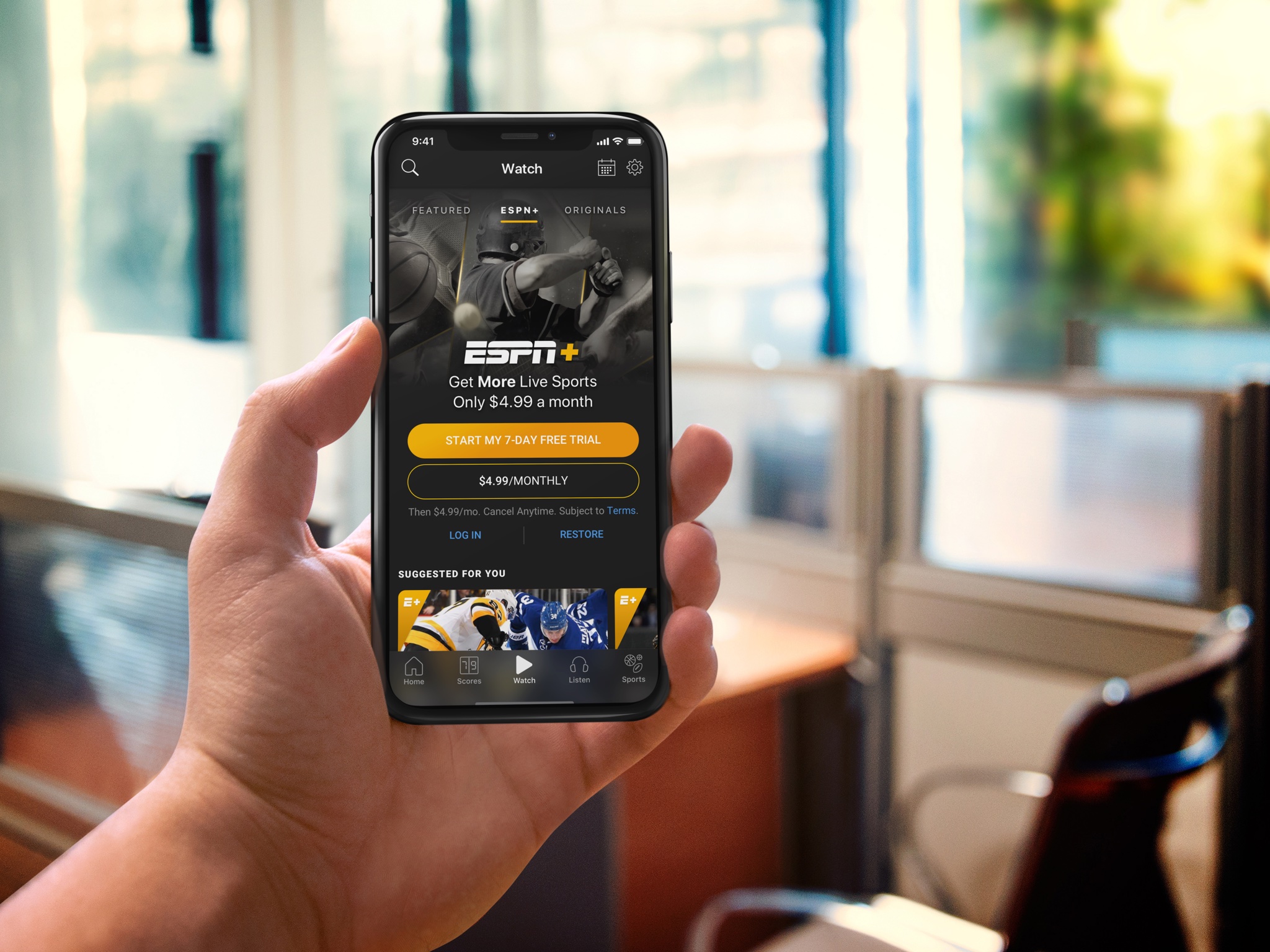 Here’s what customers are getting with an ESPN+ subscription:

Thousands of games and events from professional leagues and international sports as well as college sports from nearly two dozen conferences across the country, including:

An unmatched sports archive featuring thousands of hours of on-demand programs and past sporting events. At launch, this includes:

ESPN president Jimmy Pitaro told CNBC that it’s goin to take a “number of years” before ESPN+ turns from a loss-making service into a profitable offering.

ESPN+ is available through the website ESPN.com and via ESPN’s overhauled app for iPhone, iPad and Apple TV. ESPN+ content appears within Apple’s TV app across iOS and tvOS devices.

ESPN+ availability starts today in the United States only. A 7-day free trial is available, but Disney’s launch week promotion lets you try the service for free for 30 days.

Download ESPN’s app for iOS and tvOS from App Store.