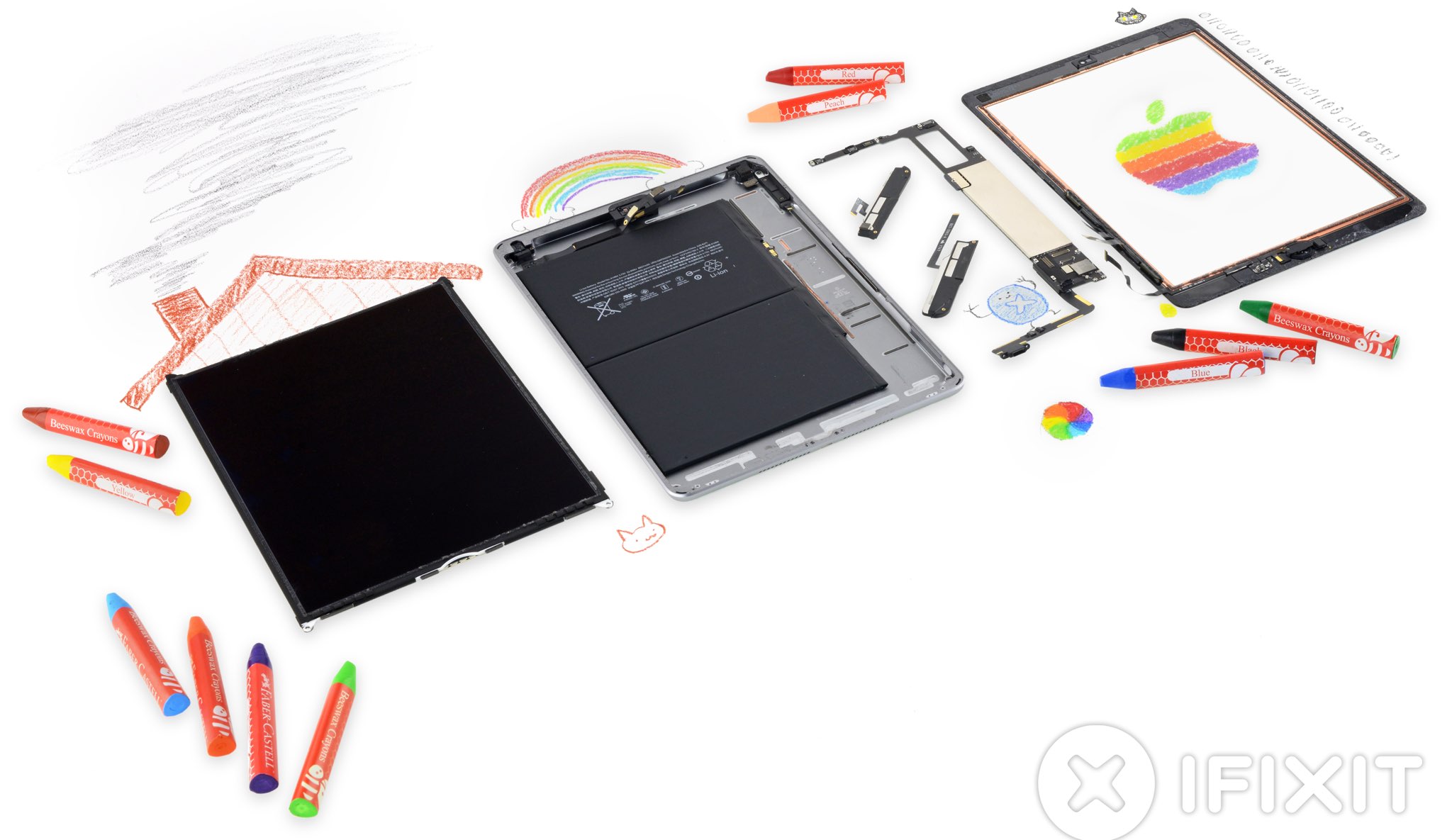 “School is a brutal place for electronics—they need to be long-lived and fixable on the cheap for most education budgets,” iFixit told me in an email Tuesday.

Having pried open the education iPad Apple unveiled last week, the repair wizards found that the new iPad (a sixth-generation 9.7-inch tablet from Apple) shares many of the internals of the fifth-generation model from last year complete with the same 32.9 Wh battery.

The only exceptions include a faster A10 Fusion processor and Broadcom chips for Apple Pencil support. More importantly, they’ve discovered a “repair nightmare” for this new iPad.

“Unlike the command strip stickies securing the battery in the 12.9-inch Pro, here a solid barrier of tough adhesive turns a simple battery replacement into an advanced repair,” they said.

On top of that, the new iPad lacks waterproofing, has a non-replaceable Lightning charging port and uses copious amounts of glue throughout (as an example, the battery is locked behind a “repair-impeding adhesive”) —all of which combined makes user repairs difficult. 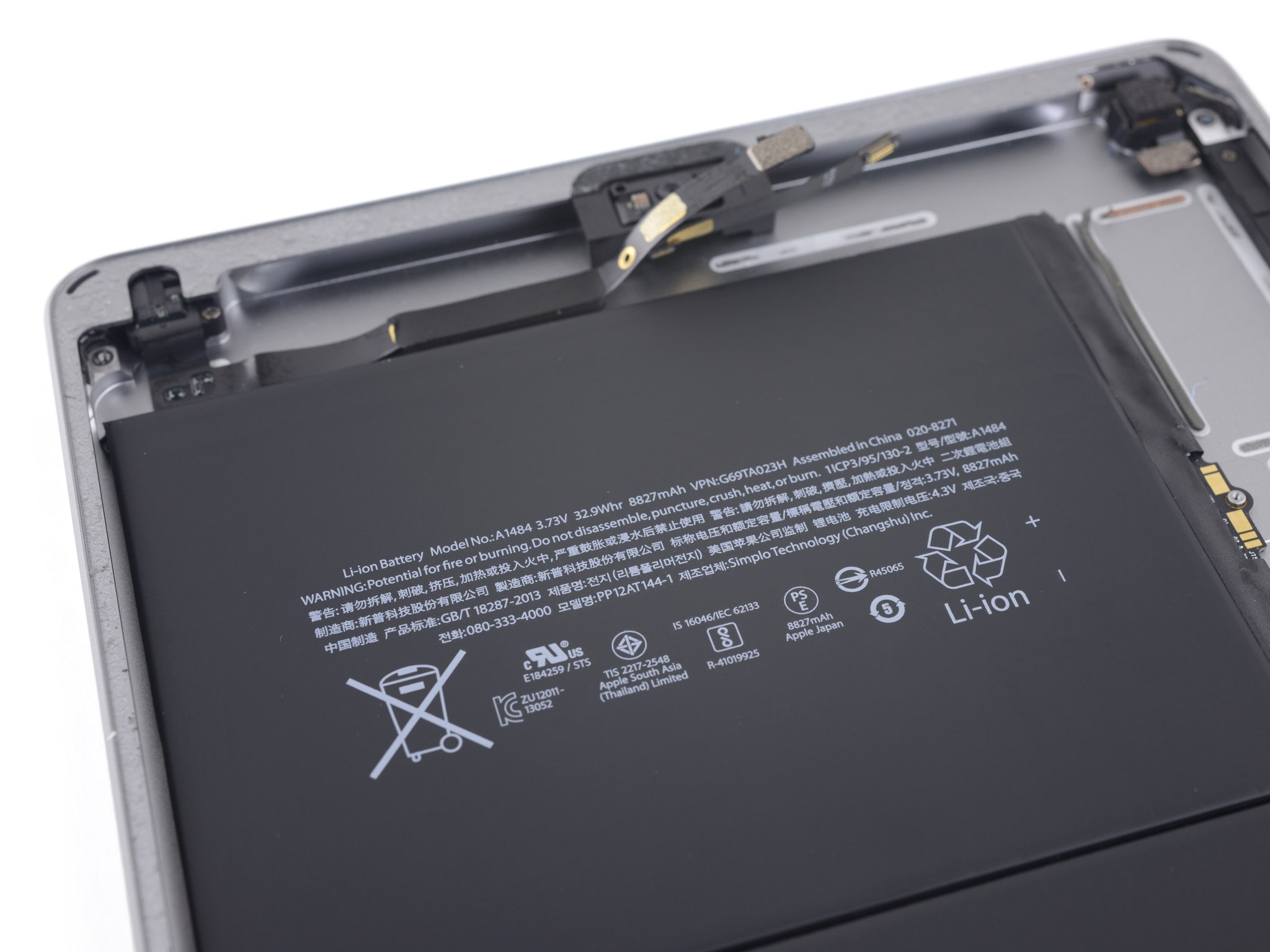 The education iPad, iFixit concluded, “is still a case of won’t—not can’t.” The repair experts therefore graded Apple’s latest tablet at 2 out of 10 on their repairability scale.

“And don’t say you can’t make a repairable tablet, because others have proven that you can.” Comparing the new iPad’s repairability to rival education devices, iFixit highlighted Hewlet-Packard’s Elite x2 1012 G1 tablet, which got a perfect repairability score of 10 out of 10. 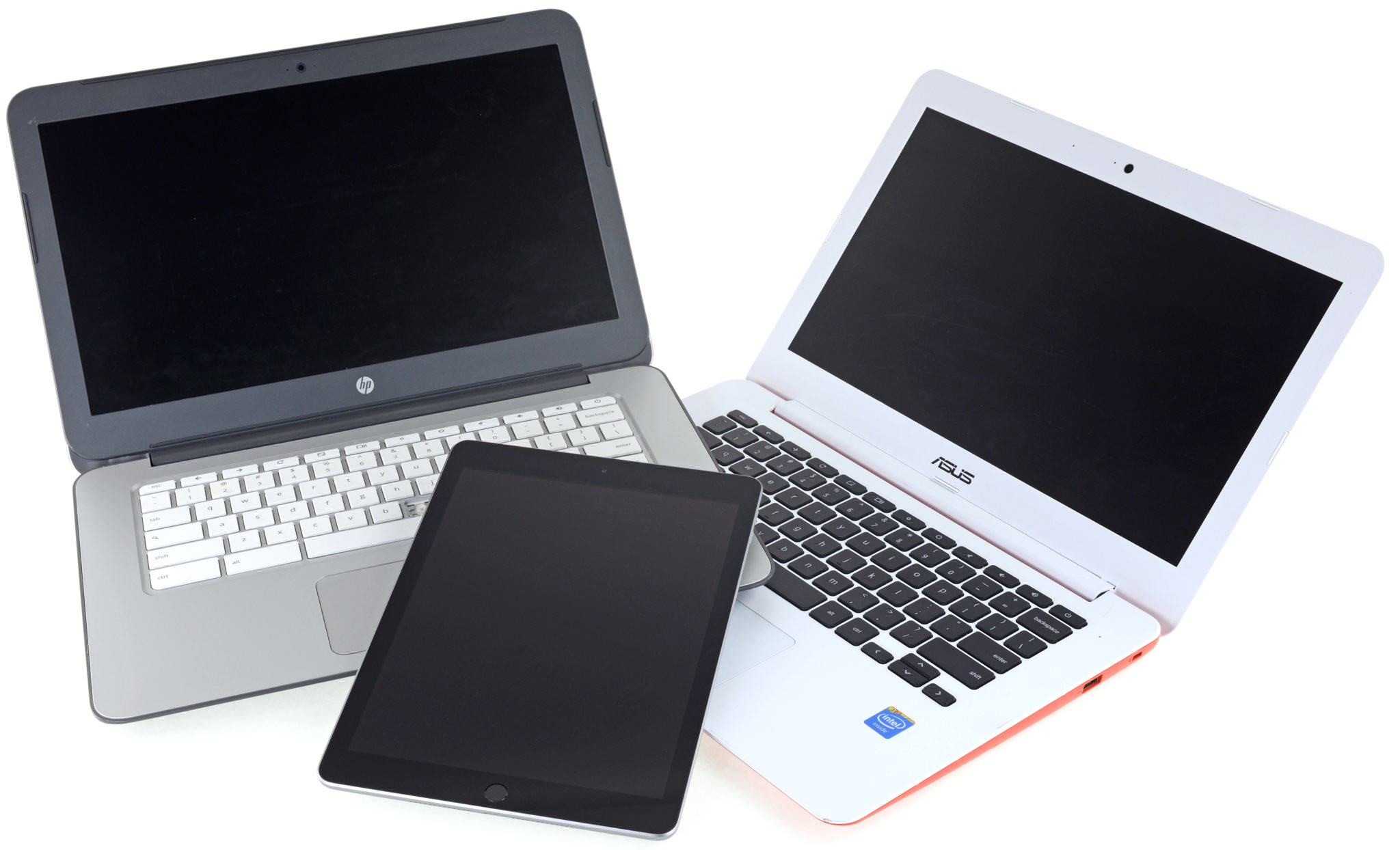 The new $329 iPad and cheap Chromebooks from HP and Asus

One bright point for the education iPad from a repairability standpoint: because it features a non-laminated screen, meaning there’s a visible gap between the digitizer glass and the actual panel, both parts are individually replaceable in the event of drop damage, lowering the average cost of repairs. However, the LCD has foam sticky tape adhering it to the front panel, increasing risk of damage during disassembly.

iPad’s glued-glass display is more vulnerable to drops. Thankfully, this is the one iPad that retains an air-gapped digitizer panel—not as visually impressive as other recent iPads, but it’s much cheaper to replace cracked glass that isn’t LOCA-bonded to the display panel underneath. Separate accessories like the keyboard and Pencil add to the cost and are easier to lose—but are also easier to replace if damaged (note the missing key on our HP’s keyboard).

A solid barrier of very strong adhesive bars the way to any repairs and makes rework a sticky proposition. But then again, iPads have consistently failed iFixit’s repairability tests.