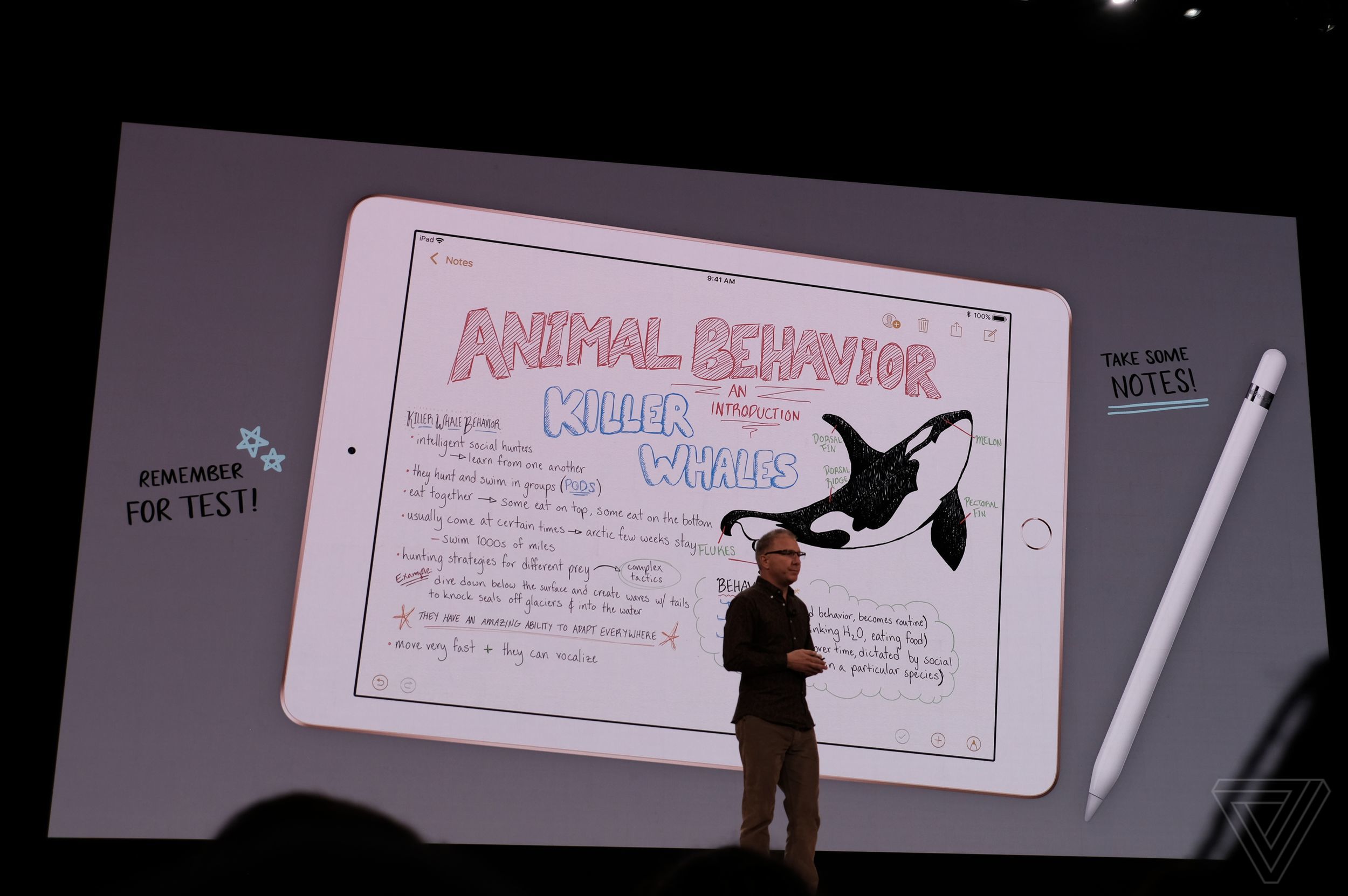 Earlier this morning, Tim Cook was on stage at the Lane Tech College Prep High School in Chicago to present new education-focused products from Apple.

Education has been a big part of who Apple is for 40 years now.

Alongside unveiling an updated inexpensive 9.7-inch iPad model with support for Apple Pencil, Cook said that rich digital book creation features which used to require the iBooks Author for Mac software will be built directly into an upcoming version of Pages for iPad and Mac.

Of course, users will get the full set of templates for reports, stories and more. You’ve been able to make these items in iBooks Author for Mac before, but the real story is that digital book creation is now coming to iPad as well.

In other software-focused news from the event, refreshed versions of iWork apps (Pages, Keynote and Numbers) with rich support for Apple Pencil will be released on App Store soon.

There’s a pretty cool new feature in Pages, called Smart Annotation, that allows you to freely write and mark up a Pages document like you normally would but your annotations and marks stay anchored to the words they’re added to.

If you edit the text in your document, all of the associated marks move, too.

Apple’s iPad-only Classroom app is coming to Mac, too, with a beta scheduled to be available in June. More importantly, they unveiled a free new cloud-based app, called Schoolwork and also coming this June, that they claimed should make it easier for teachers and educators to assign handouts, get visibility into students’ progress and more.

App integration in Schoolwork uses Apple’s new ClassKit framework that’s available in the latest iOS 11.3 beta. The way this is supposed to work, the Schoolwork app can point students to an ClassKit-enabled app. Teachers can check on students’ progress within those apps right from inside the Schoolwork app, asking students a specific activity within an app and more.

Tim Cook said he was “proud to be in Chicago” for this event, adding that the huge and diverse district shares Apple’s “strong believe that technology has a role to play in the classroom.”

He quoted Horace Mann: “Education then, beyond all other devices of human origin, is the great equalizer of the conditions of men and women.”

Chicago Public Schools with their forward-thinking education system have spent the past two years battling back from a $1.1 billion budget deficit, Cook underscored.

By the way, there are currently 200,00 apps made for education on App Store.