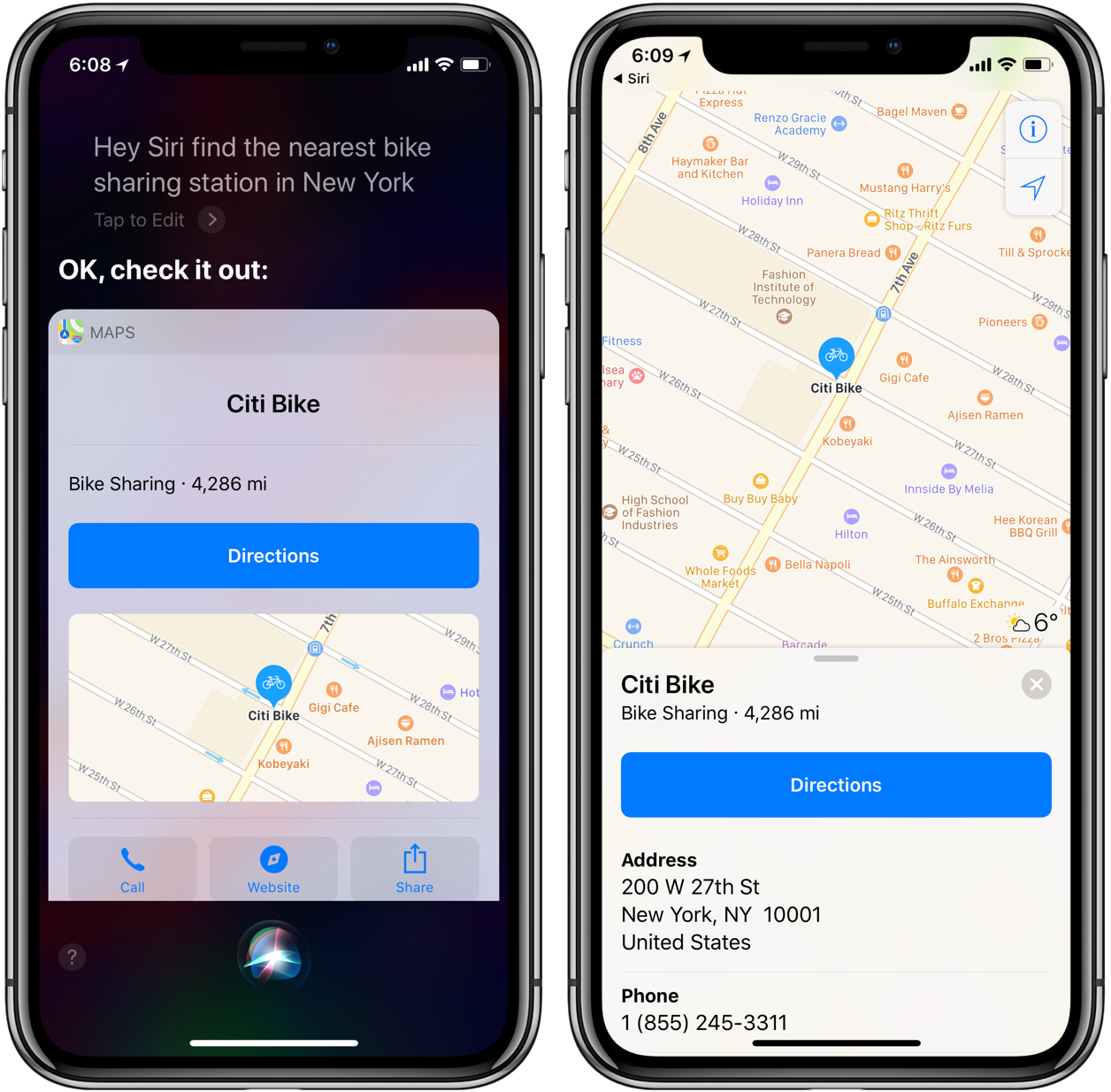 Apple customers are now able to find the nearest bike-sharing stations that are close to their vicinity using Apple Maps on their iPhone, iPad, Mac or Apple Watch.

As TechCrunch reported on Monday morning, the Cupertino company has signed a partnership with Ito World to add bike-sharing data to Apple Maps in over 175 cities across 36 countries.

It supports Citi Bike in NYC, Ford GoBike in San Francisco, BIKETOWN in Portland, Santander Cycles in London, bicing in Barcelona, BIXI in Montreal, CityCycle in Brisbane, nextbike in Germany, Austria, Croatia, Switzerland and the United Kingdom, plus dozens of others.

“Ito World has worked with dozens of companies to license and normalize bike-sharing data,” explains the publication. “This way, Apple only has to integrate one data model to support hundreds of bike-sharing services.” You currently get just the address, name and contact information for the nearest service.

Apple currently doesn’t tell you the number of available bikes or empty docks, but there’s nothing preventing them from adding this feature in an upcoming update. Apple Maps also currently will not tell you whether or not a bike-sharing operator is offering a dock-less service, but specialized apps like Mobike, Ofo or oBike take care of that.

Over the past few years, Apple’s made real progress in terms of mapping. Those advances however continue to be insufficient in helping Apple beat Google at its own game. Apple Maps still has some catching up to do before it compares favorably to Google’s service.

In the past, Apple opted for a combination of putting mapping data together in-house and integrating existing data sets from third parties. Aside from other features, Maps integrates data for airport and mall maps, lane guidance, public transit and EV charging stations.