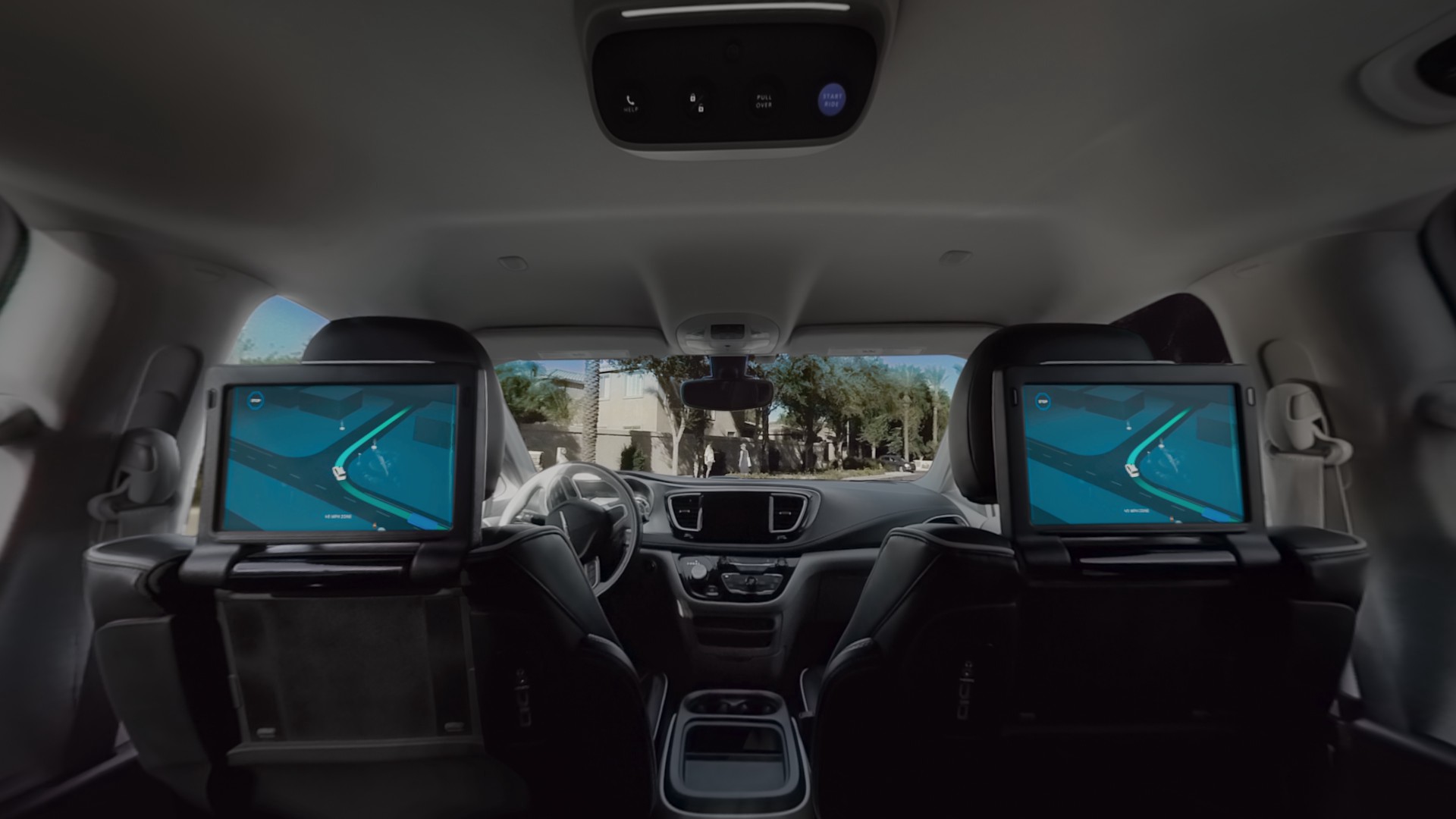 Today, Waymo has the world’s first and only fleet of fully self-driving cars on public roads.

In case you’ve been sleeping under a rock lately, Waymo is an autonomous car development company and subsidiary of Google’s parent company, Alphabet Inc. Waymo’s been working on self-driving car technology since their early days at Google in 2009 and has now self-driven over 5 million miles, a remarkable achievement.

To celebrate the accomplishment, they’ve created an awesome 360-degree video that gives you the chance to take control of the camera and see through the “eyes” of one of Waymo’s fully driverless minivans.

The video also showcases an engineering tool, called x-view, that displays what the self-driving car “sees” all around it. You can see firsthand what it means to have millions of data points surrounding you in all directions at any given moment.

The laser visualization in the video presents a simplified view of the LiDAR data collected by our sensors. The radar animation illustrates how these sensors bounce radar waves off surrounding objects to gauge their position and speed.

The traffic lights in the camera scene are examples of visible objects that were detected by our high-resolution cameras. The predictions of what each pedestrian, cyclist or vehicle will do next in the video are based off real-time predictions made by our self-driving software.

Here’s how to explore the video in 360-degree freedom:

This cool experience, created in partnership with Google Creative Lab, was built using footage and real-time data from an actual trip on city streets. To learn more about how it was made, check out Waymo’s Medium post. 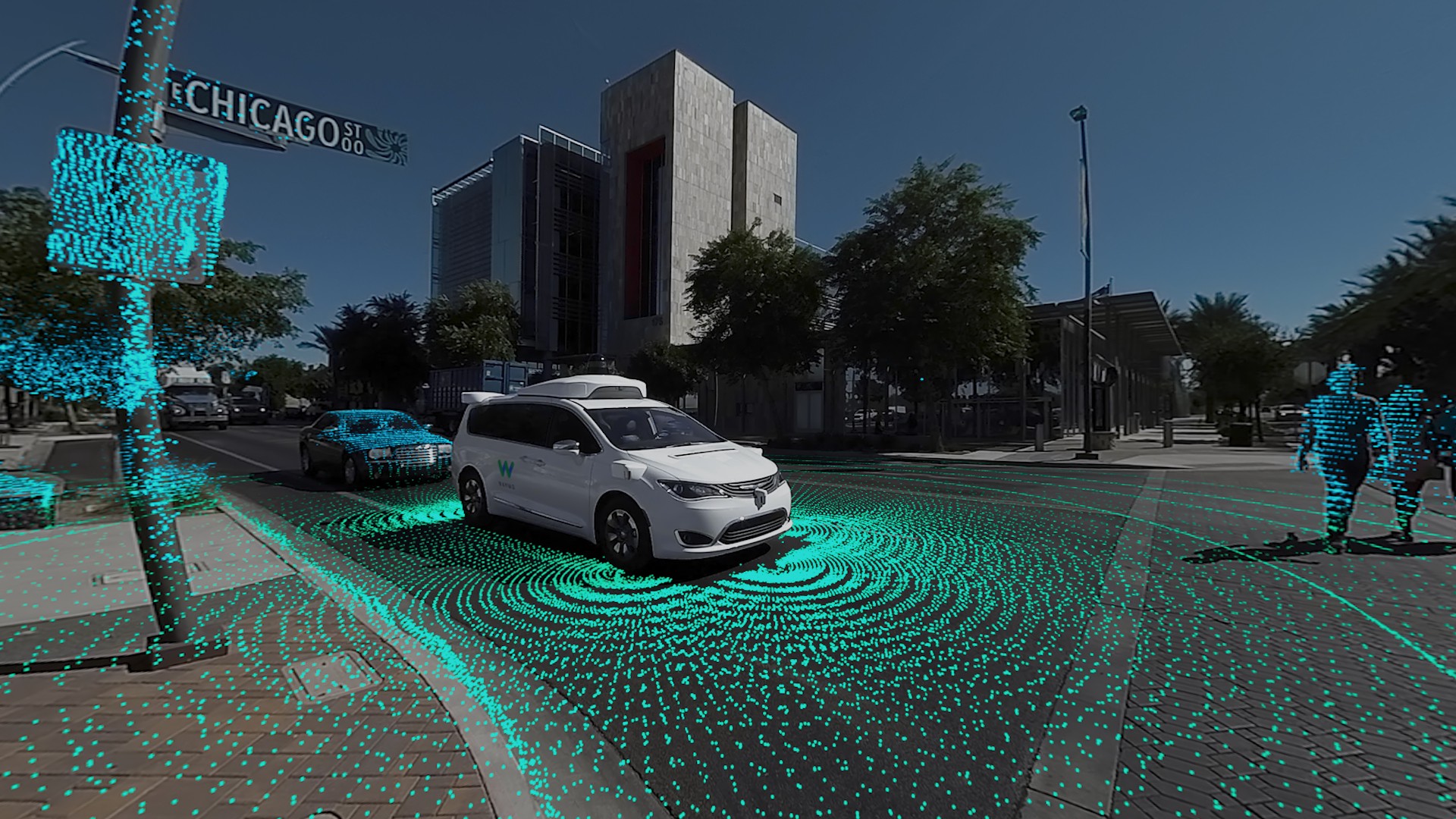 Basically, to create an authentic representation of self-driving technology, they began by driving on the streets of Metro Phoenix, Arizona with one of their self-driving Chrysler Pacifica hybrid minivans. The data from those trips served as the basis of the 360-degree video. 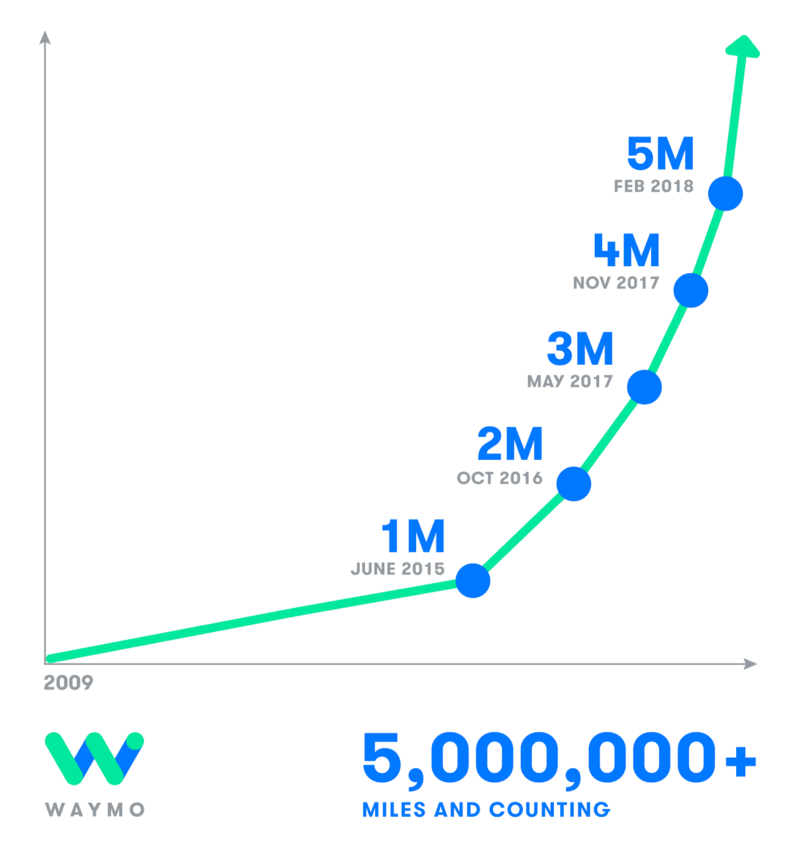 As mentioned, Waymo is test-driving its driverless vehicles on public roads without anyone in the driver’s seat. The Arizona Department of Transportation recently approved Waymo’s application to operate as a transportation network in the state. That is seen as a crucial step towards a ride-hailing service based on driverless cards that will compete directly with Uber.

“After more than eight years of testing and development, we’re ready to unlock the potential of fully self-driving technology, so we can make it easier and safer for everyone to get around,” according to Waymo.

The company claims that members of the public will get to use these cars in their daily lives sooner than later. Fun fact: Waymo is now driving as many miles in one day as the average American adult drives in a whole year.

As mentioned, the Waymo odometer rolled over to 5,000,000 in February.