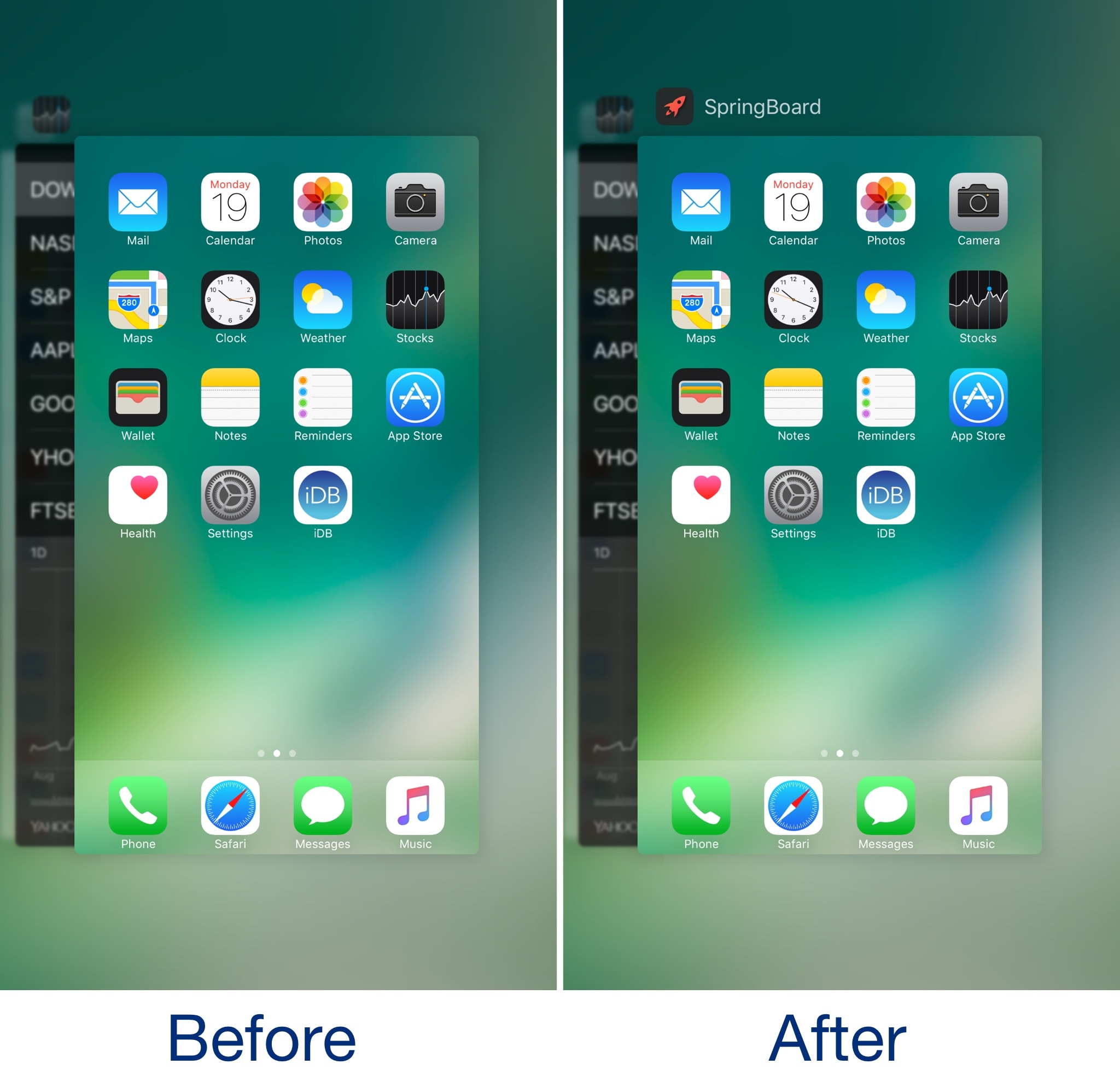 Whenever you use the App Switcher on your iPhone or iPad, every card that you can swipe between sports an icon and label, except for the one that represents your Home screen.

A new free jailbreak tweak called RocketScience by iOS developer rollerorange attempts to fix this inconstancy by providing the Home screen card with its own icon and label.

The example screenshot above illustrates how RocketScience makes the Home screen card look in your App Switcher. As you might have discerned already, it comes with a handsome little Launchpad icon and adds the text string “SpringBoard” just above the card.

As you might have guessed already, there really isn’t any functional benefit to adding this little tidbit to the App Switcher, but it certainly looks nicer. If anything, it provides you with a little bit of aesthetic consistency since the rest of your App Switcher cards have both icons and labels hovering above them.

If the concept behind RocketScience sounds familiar, that’s because a previously-released jailbreak tweak called HomeCardIconLabel offered similar functionality last year. That said, there are subtle differences in how each tweak looks, so it’s ultimately up to you to decide which one looks better and whether you’d like to use it. Personally, RocketScience gets my vote.

If you’d like to give RocketScience a try for yourself, then you can download it for free from Cydia’s BigBoss repository. The tweak doesn’t come with any options to configure, and citing the developer, it works on all jailbroken iOS 9 and 10 devices.

Do you like how RocketScience makes the App Switcher look? Let us know in the comments section below.