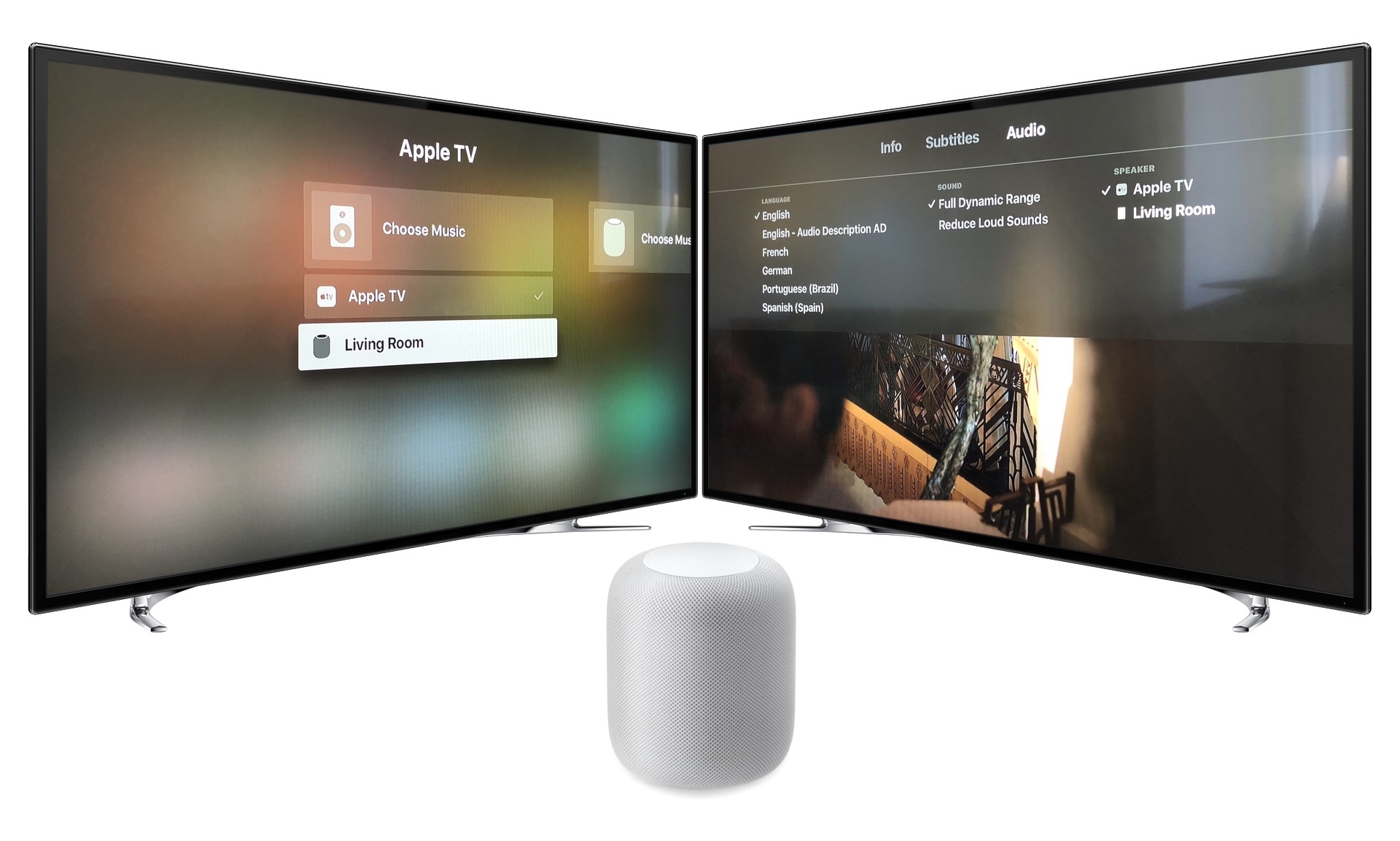 Unless your Apple TV is already connected to a decent home stereo, you may consider using your HomePod as the default speaker for your Apple TV, which will provide better-quality sound than the built-in TV speakers. It does come with its set of strings attached though.

In this post, I will show you how to use your HomePod with your Apple TV. We’ll look at the simple setup to connect the HomePod with the Apple TV, the playback controls you can use, as well as the limitations of using HomePod as the main speaker for your Apple TV.

How to connect HomePod with Apple TV

1) Make sure your HomePod and Apple TV are on the same Wi-Fi network.

3) From the Home screen, press and hold the Play/Pause button on your Siri remote to reveal available sound output options. 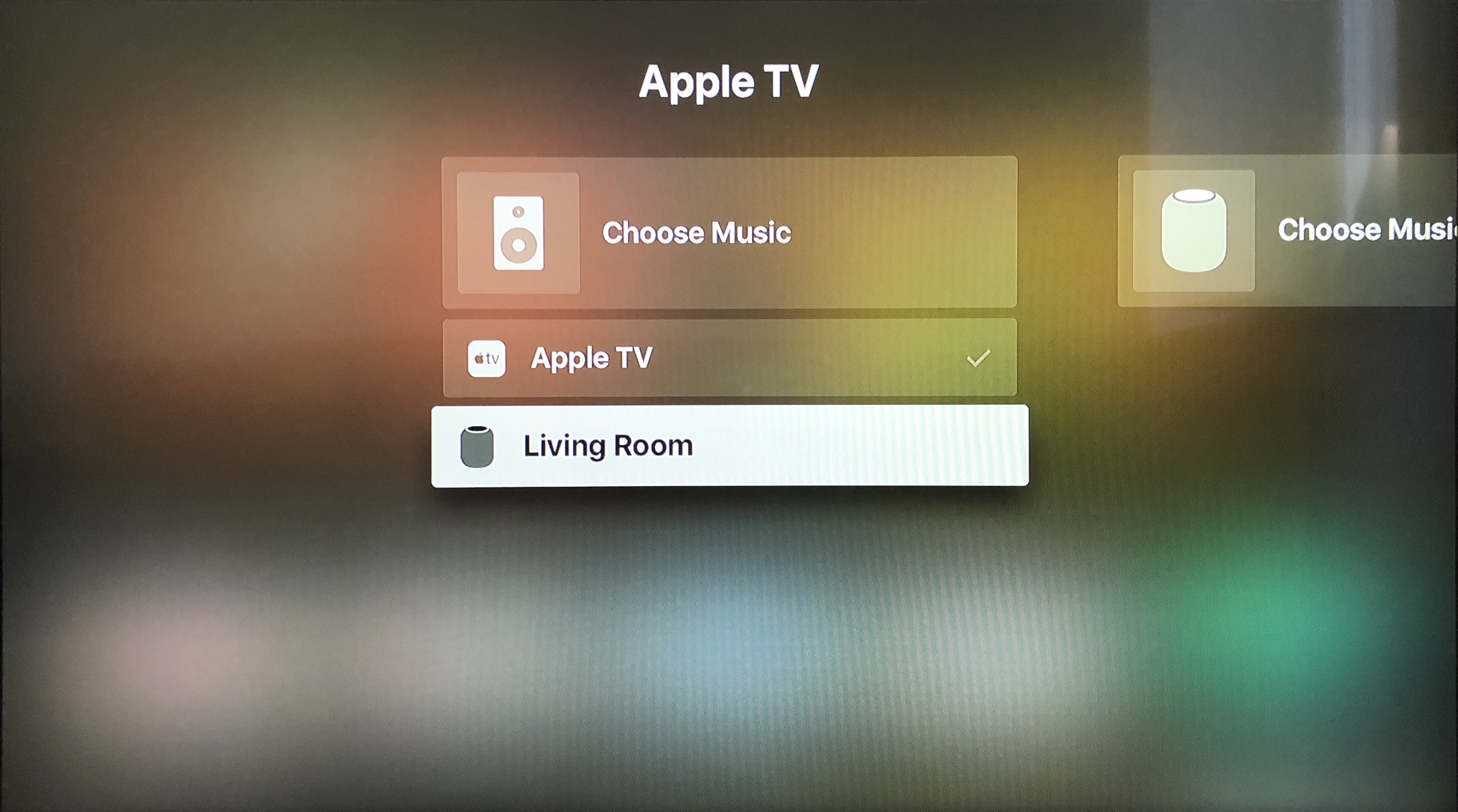 4) Choose your HomePod as the output.

Sound should start coming out of your HomePod immediately. You can repeat the steps above to change audio output at any time.

You can also set your HomePod to output the sound coming from your Apple TV at any time while watching a video by swiping down on the Siri remote to reveal the info, subtitles, and audio settings. Simply navigate to the Audio tab, and select your HomePod, which is showing on the screenshot below as Living Room speaker. 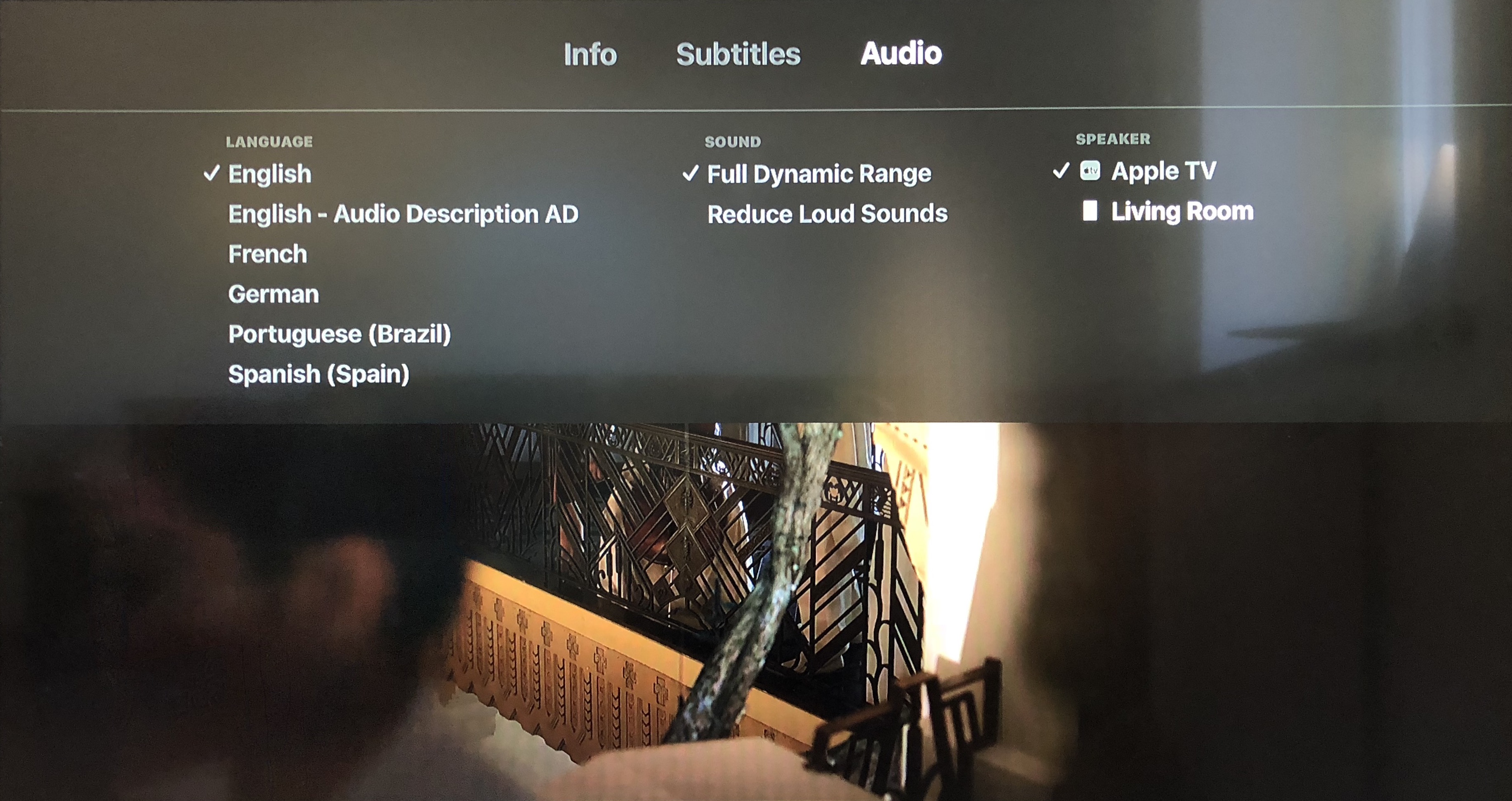 Voice commands you can use

Once connected to your Apple TV, HomePod will give you basic video playback controls. You can use a variation of the following voice commands:

That’s about all the voice commands HomePod can take to control video playback. HomePod won’t be able to launch apps on your Apple TV for instance, unlike your Siri remote.

Limitations of HomePod and Apple TV together

Is there any lag? Personally, I have watched several YouTube and Netflix videos without noticing any lag whatsoever. Your mileage may vary, especially if you’re playing games on your Apple TV.

Is it a good alternative to a traditional home stereo? I don’t think so. I have an entry-level home stereo (1 receiver, 5 speakers, 1 sub) in my house in California which I find delivers a much better sound experience. However, HomePod is a godsend for us in our small apartment in France where the only speakers we had so far were those of the TV. In this case, the HomePod is definitely better than the built-in TV speakers, but still not as good as a traditional home stereo. Maybe things will change with the introduction of stereo-like sound later this year as you’ll be able to connect two HomePods together to deliver a fuller sound when watching videos.