Instagram now confirms to TechCrunch that it’s testing an option that lets you share public feed posts from other users to your Story. This could let you add commentary and overlaid stickers to a meme, celebrity post or even a friend’s photo. For users whose lives aren’t so interesting, resharing could give them something to post.

Appearing as a new “Add post to your Story” option revealed upon hitting the Share icon underneath a post, this lets you repost public feed posts from other users to your Story. 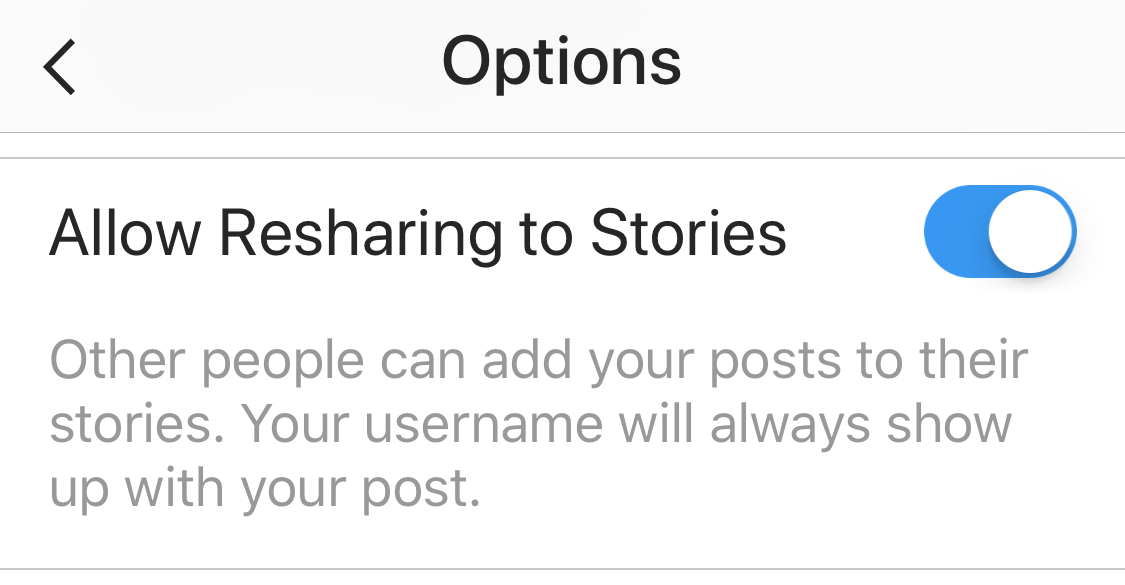 As evidenced by the screenshot above, Instagram cautions that allowing other users to add your posts to their Stories will show your username on your re-shared posts.

Even if you don’t have access to this upcoming new feature yet, you might already spot a new Allow Resharing to Stories option in your Story settings within the Instagram app, letting you control whether you’d like to permit other people to share your public posts in this way.

Instagram’s been testing this new option with a small percentage of users for months now.

In November,  reports emerged that Instagram was testing sharing feed posts back to the feed via a Regram button. As it turns out, those stories were not entirely accurate because there’s no Regram button as the company now appears keen to limit re-sharing to one’s own Story.

Are you looking forward to this new Instagram feature?