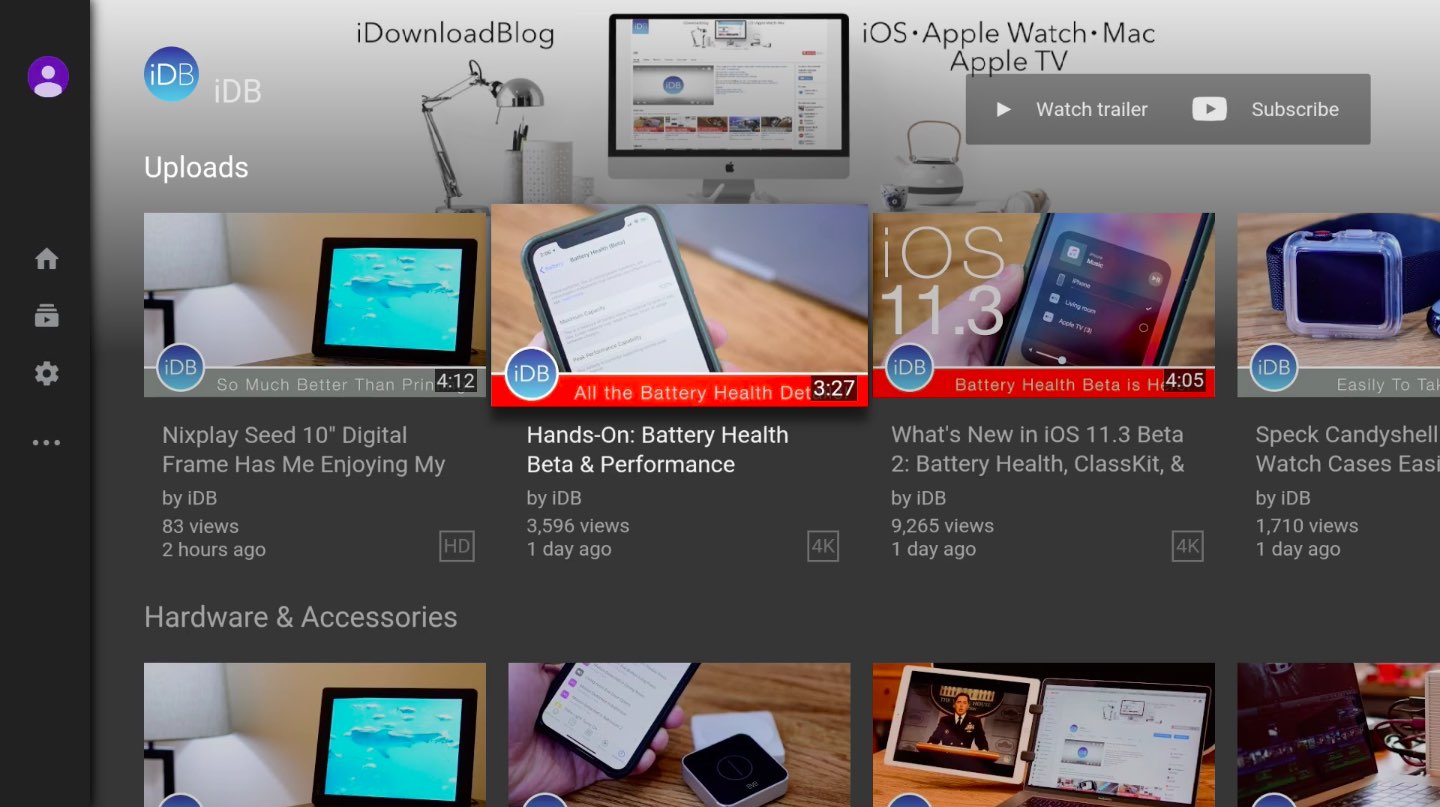 In an effort to provide consistent user experience across phones, tablets, computers, set-top boxes, smart TVs and other devices, the revamped software gets rid of tvOS’s standard playback and navigation controls in favor of Google’s custom Material Design styling.

You can now discover new and relevant videos easier than before with dedicated categories at the top of the interface, including Recommended, Entertainment, Food, Music, Gaming, Technology, Comedy and more. YouTube’s video player has gained custom playback controls and you can now browse related clips when the currently playing video is paused. 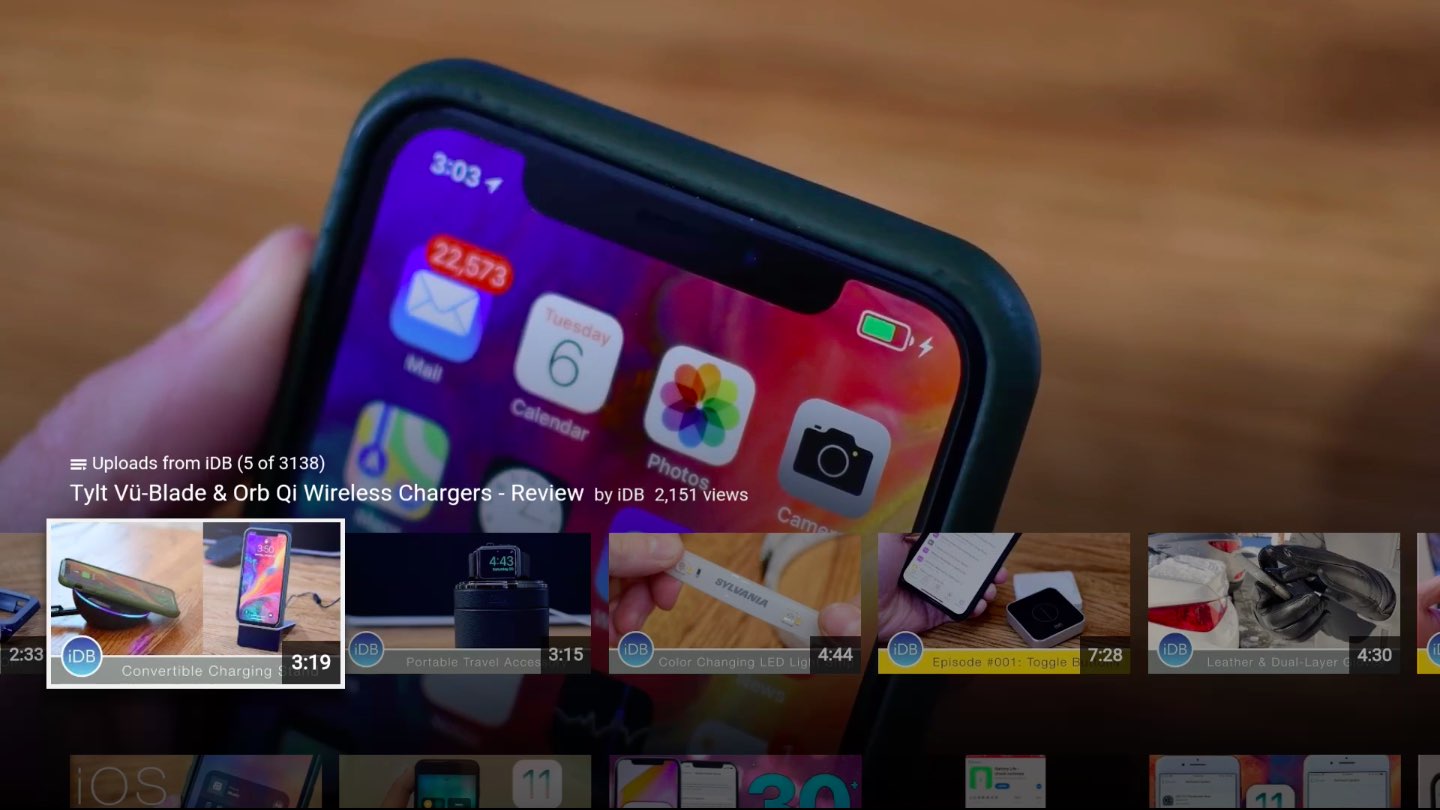 Video thumbnails finally display a “4K” label if the video is available in 4K resolution.

The bad news is this has no practical effect whatsoever because the revamped app, just like the old one, is limited to full HD resolution (1920 x 1080), even on Apple TV 4K.

That’s because YouTube relies on the VP9 codec for 4K streaming (which Google originally developed) rather than H.265 that Apple TV 4K supports natively. Shame on you, Google!

The good news is the app now supports frame rate switching between 24, 30 and 60 fps. 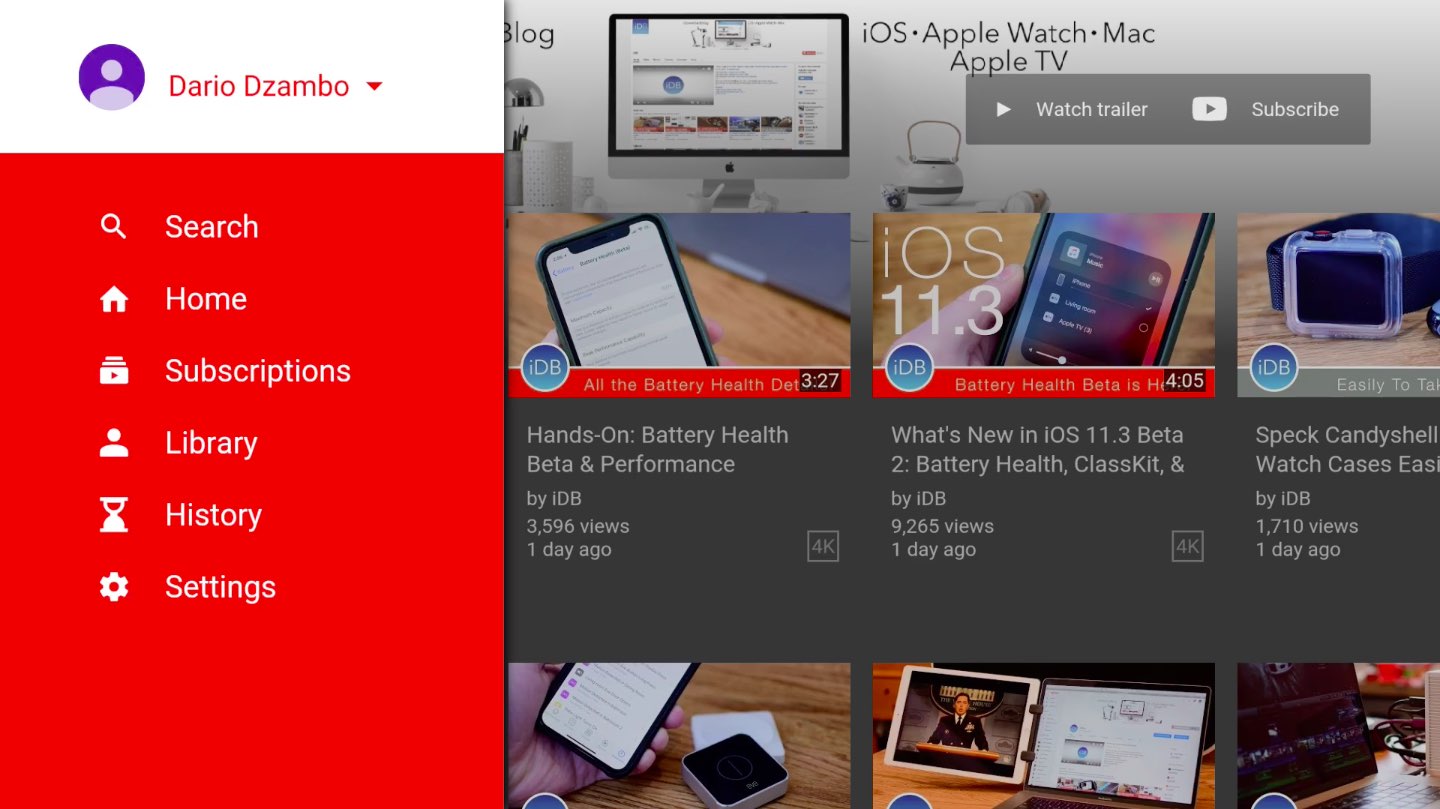 There’s a new expanding sidebar on the left edge of the screen with the controls that were previously lined up alongside the top of the screen, like Search, Home, Library, History and your account settings. You can now add and easily switch between multiple YouTube accounts, which is nice as this makes the overhauled app more suitable for families than the old one. 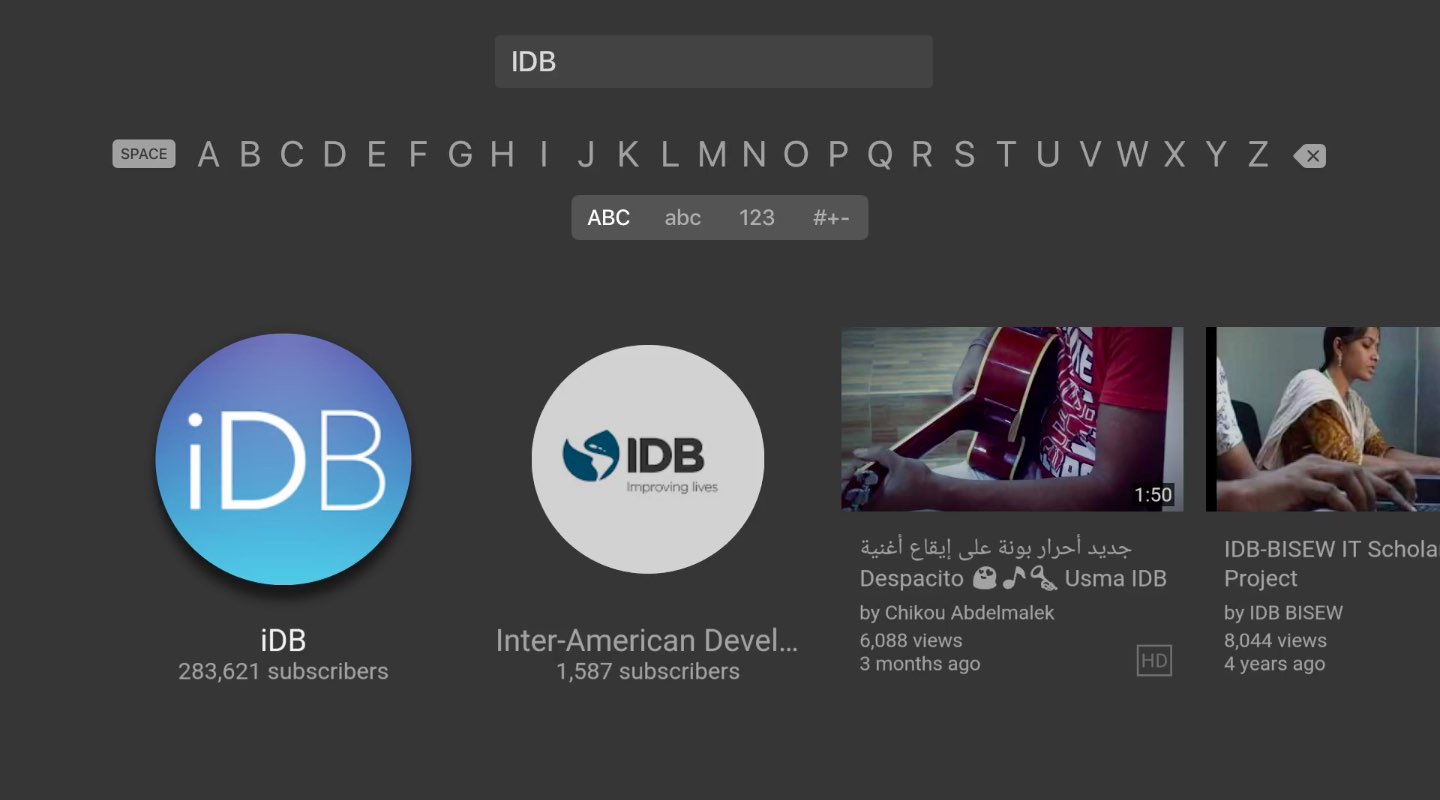 Unfortunately, the software fails to implement support for tvOS’s Top Shelf feature that permits apps in the top row to tease content the user might like in a full-width carousel banner at the top of the Home screen, the way stock apps like iTunes Movies or App Store do.

Personally, I’m not a huge fan of this new look for YouTube’s tvOS app because the experience is now more akin to an embedded web view than a truly native app. On the other hand, I like change so I might like the app better after getting used to the new design.

Still, I believe Google should have followed Apple’s design guidelines for tvOS development more closely rather than trying to shove Material Design styling on us. YouTube for Apple TV no longer feels or behaves like a good citizen on tvOS, and that’s sad. 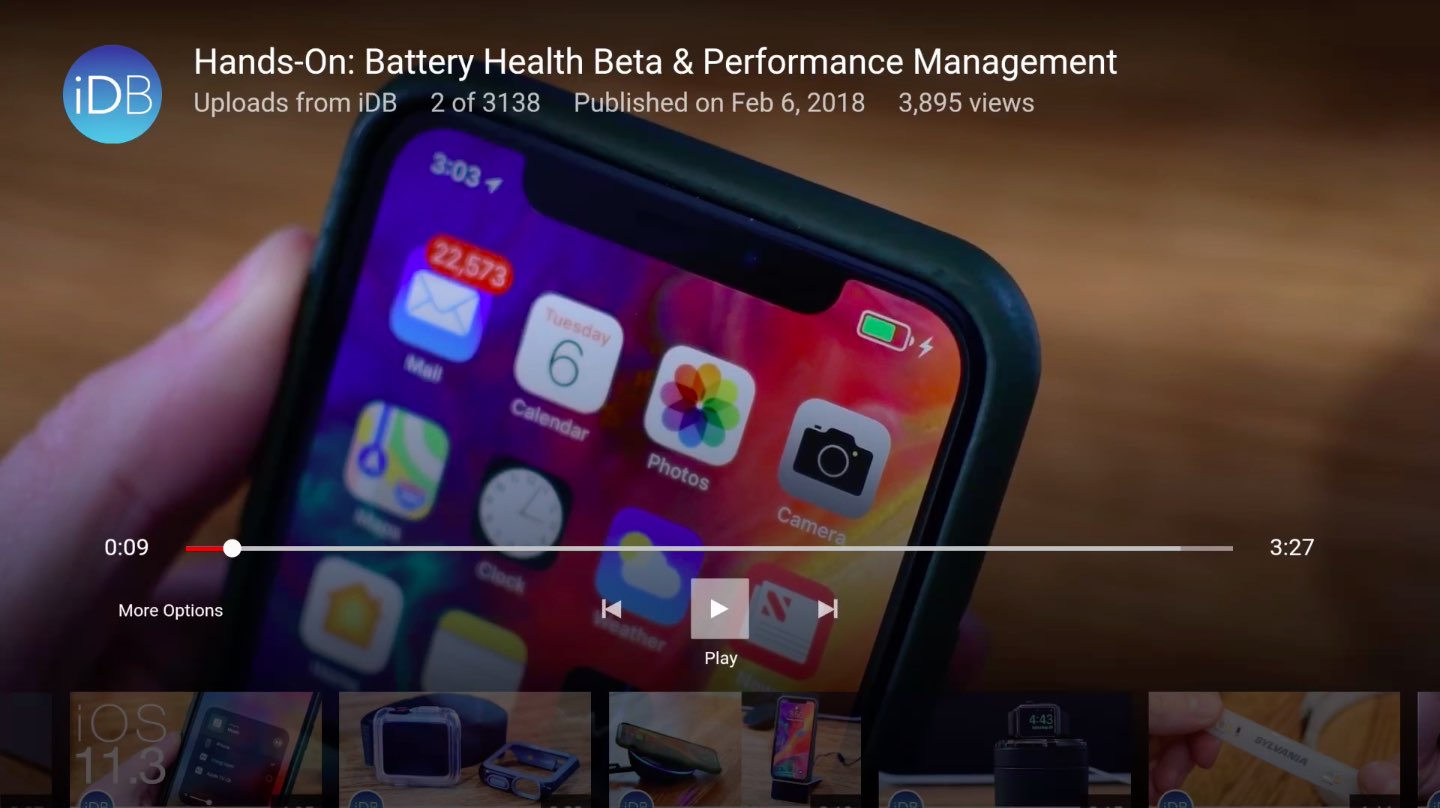 If you have disabled the option to automatically install app updates, update YouTube to the most recent version manually by selecting the Update option on its App Store page.

Have you checked out YouTube’s new Material Design look on your Apple TV yet?