First HomePod reviews have now begun trickling in ahead of its scheduled arrival this Friday.

TechCrunch’s Matthew Panzarino wrote in his detailed review of the Siri-driven smart speaker that a feature allowing the accessory to create a wider, more immersive soundstage by adding a second speaker to the mix is officially called “FullRoom”.

In an apartment, HomePod could not be louder and more room filling.

But at home, in a 20×30′ great room with carpet on the floor, I did find myself wishing for it to be louder. This should be solved once Apple ships FullRoom—its support for two HomePods to be used in tandem but not in stereo.

That’s coming soon, followed at a later date by the multi-room function which lets a bunch of HomePods synchronize to play the same audio everywhere. But for now, small to medium-sized rooms are fine, big rooms you may find HomePod a smidge under powered.

According to first HomePod reviews that dropped this morning, the mentioned feature will create stereo-like soundscape using advanced beam-forming capabilities that won’t require that users set one speaker as the right channel and another as the left channel.

Panzarino added that only HomePod and Amazon’s Echo provide true unidirectionality of sound, noting that walking around the Apple device from one corner of a room to another, or around it in a circle, is an awesome experience. “The sound does not fall off at any angle, and the characteristics of the audio don’t change,” he said. “This just works.”

That’s because HomePod includes another cool feature that allows the smart speaker to automatically and continually adapt itself to the environments it’s placed in. 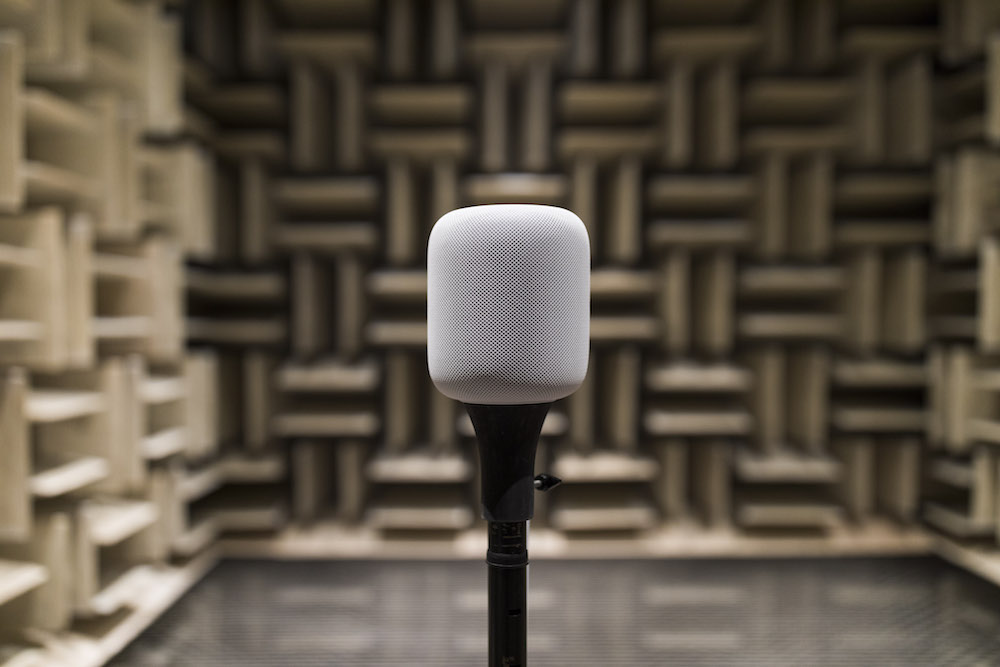 Apple’s website says that both multi-room audio support via AirPlay 2 and stereo pairing are coming “later this year” via an upcoming HomePod firmware update.