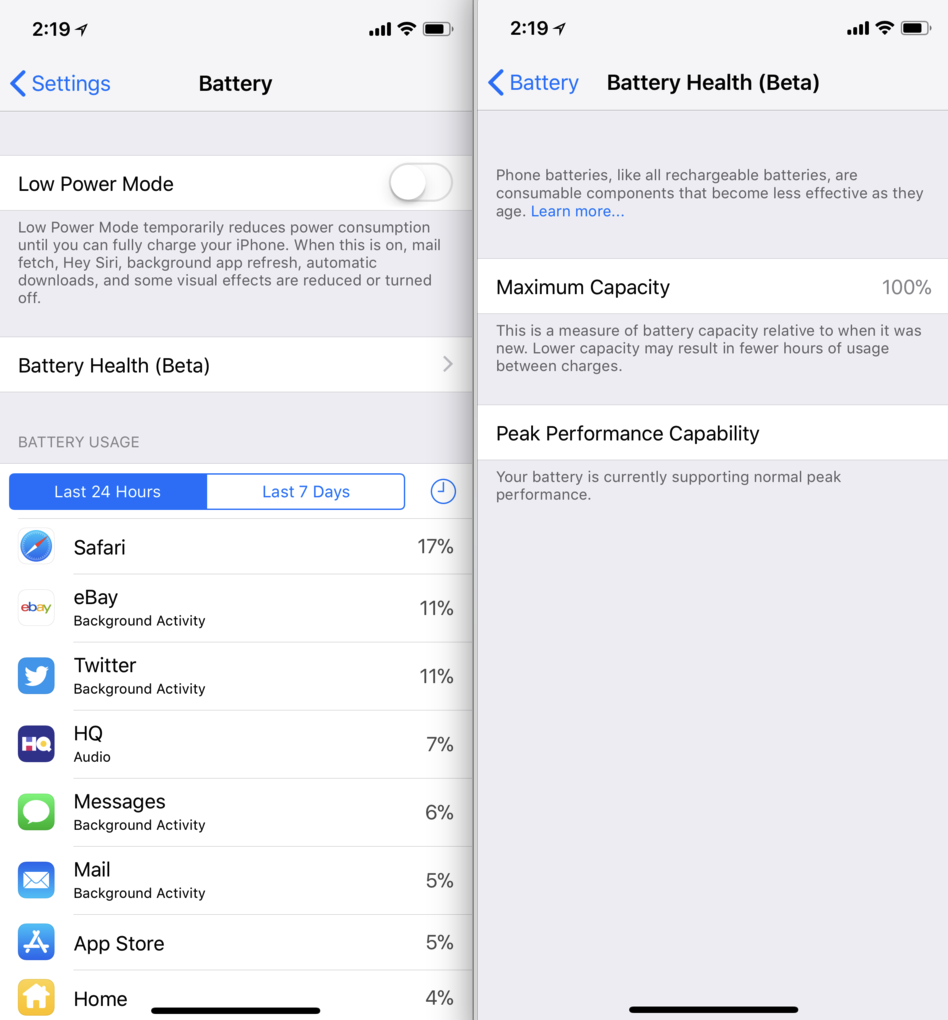 Apple seeded iOS 11.3 beta 2 this morning, and the update brings about a new feature labeled Battery Health. As the name suggests, the feature is designed to provide iOS users with more information about their batteries.

The new option is labeled as ‘Beta,’ and can be found in the Battery section of the settings app. It includes some informational text for users, a readout of your battery’s Maximum Capacity, and an assessment of your battery’s Peak Performance capability.

Check out our hands-on video:

Obviously we’re testing this feature on newer phones with healthy batteries, but if you have a degraded battery, you’ll see a Power Management option. Apple outlines how this will work in its recently updated support document.

Additionally, users can see if the performance management feature that dynamically manages maximum performance to prevent unexpected shutdowns is on and can choose to turn it off. This feature is enabled only after an unexpected shutdown first occurs on a device with a battery that has diminished ability to deliver maximum instantaneous power. This feature applies to iPhone 6, iPhone 6 Plus, iPhone 6s, iPhone 6s Plus, iPhone SE, iPhone 7, and iPhone 7 Plus.

In December reports surfaced that Apple was throttling performance on iPhones with older batteries. The company apologized, launched a $29 replacement program, and said it would update iOS to provide more clarity on the practice.