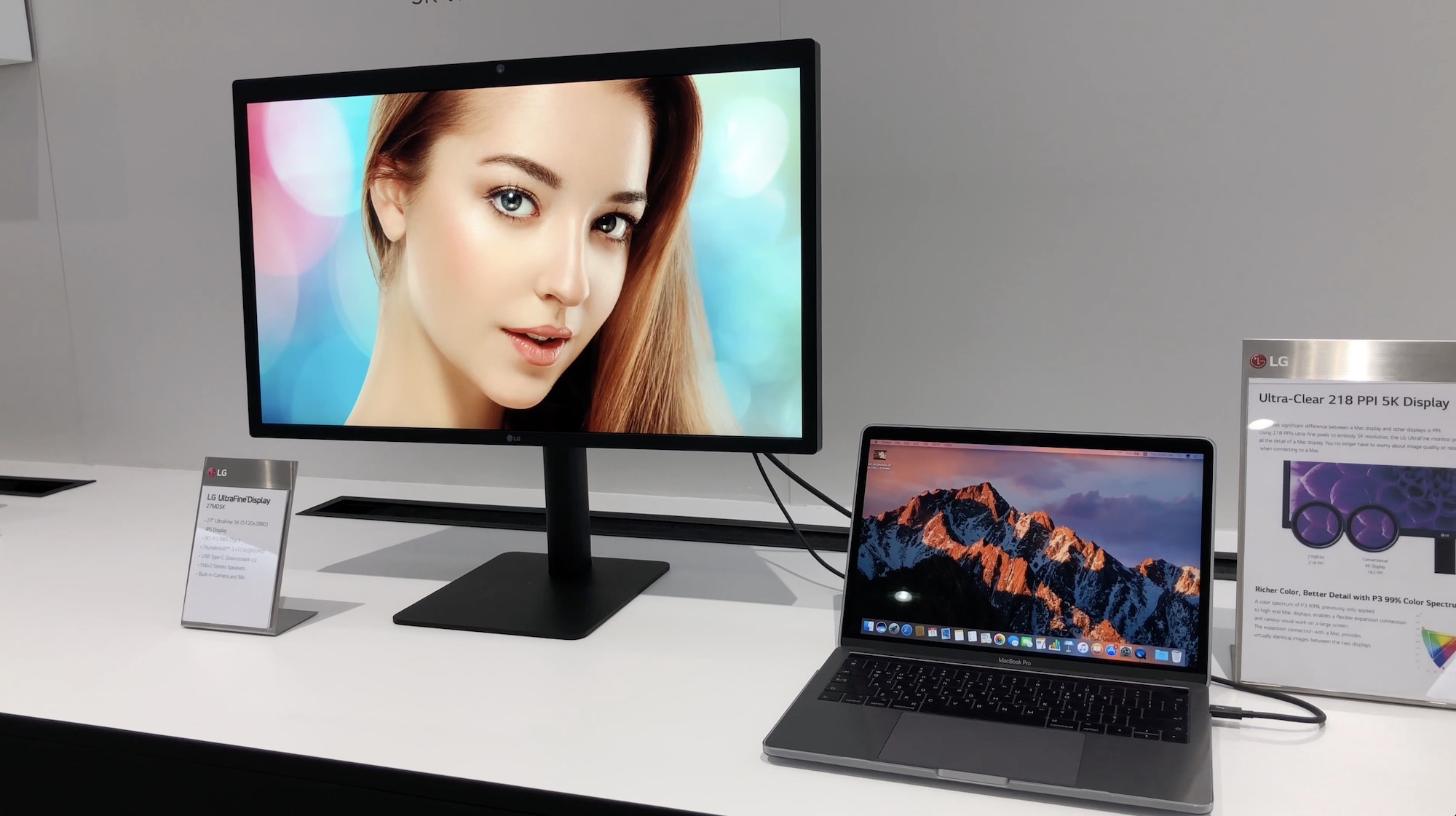 LG debuted three new Thunderbolt 3 UltraFine monitors last week at CES and we got to go hands-on and check them out.

The three models include an ultra-wide 21:9 aspect ratio monitor, 4K monitors capable of being daisy chained, and a 5K monitor.

The LG 32UK950 is a 32″ 4K monitor and includes LG’s new Nano IPS tech. It can handle 98% of the DCI-P3 color spectrum and supports HDR 600. There is also a built-in dock so it can easily be daisy chained to a second 4K monitor. When connected to your Mac over Thunderbolt 3, it is able to power multiple monitors, hard drives, etc through the single cable, while still drawing 60W of power.

The LG 34WK95U is their UltraWide display that is 34″ diagonally. It includes their Nano IPS technology, HDR 600, and capable of transmitting 5K content at 60Hz, along with data and power.

Lastly is their LG 34GK950G which is their super high resolution QHD monitor. It uses the same nano IPS technology, and high speed G-Sync technology which makes it ideal for gaming.

I was extremely impressed with LG’s new wares, and these are pretty much the closest we may get to a new Thunderbolt Display from Apple since they discontinued their previously aging version years ago.