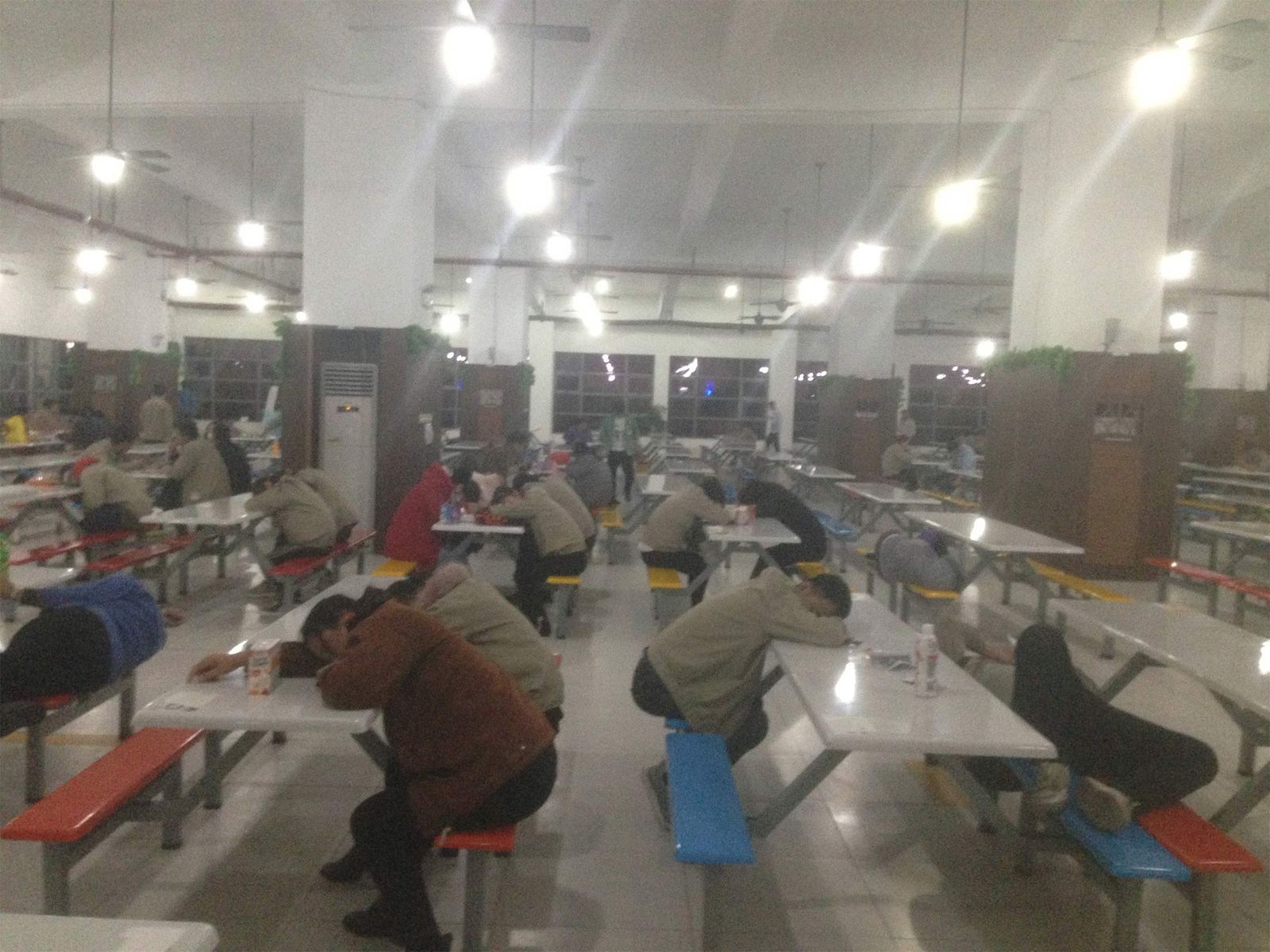 Apple supplier Catcher Technology has been accused of dire conditions for its employees who produce machined aluminum casings for iPhones and MacBooks at a manufacturing complex in the Chinese industrial city of Suqian, about six hours’ drive from Shanghai.

Many workers are reportedly so exhausted after their shift ends that they fall asleep in a factory cafeteria after standing for up to ten hours in hot workshops where they are handling noxious chemicals, sometimes without proper gloves or masks.

“My hands turned bloodless white after a day of work,” one of the workers told Bloomberg. “I only tell good things to my family and keep the sufferings like this for myself.”

According to the Chinese advocacy group, this Apple supplier has violated Chinese law regulating owed wages for departing employees. They also found “major issues” with scheduling, pollution and occupational safety, but no incidents of child labor.

From the Bloomberg report:

Goggles and earplugs are not always available, a problem when some factory machines are noisy and spray tiny metallic particles or coolant, according to Bloomberg interviews with workers. CLW said the noise was about 80 decibels or more.

That’s roughly equivalent to an average factory or a garbage disposal, according to IAC Acoustics, an industrial noise-control specialist. Hundreds throng a workshop where the main door only opens about twelve inches. Off duty, they return to debris-strewn dorms bereft of showers or hot water. Many go without washing for days at a time.

An Apple spokeswoman told Bloomberg that the Cupertino company sent its own team to audit Catcher after learning about CLW’s damning report. After interviewing about 150 people, the Apple team found no evidence of violations of its standards.

“We know our work is never done and we investigate each and every allegation that’s made,” said an unnamed Apple spokeswoman. “We remain dedicated to doing all we can to protect the workers in our supply chain.”

Workers hired by Catcher make a little over 4,000 yuan per month, which works out to about $2 per hour. Apple also has its own employees at Catcher facilities.

Catcher gets almost two-thirds of sales from Apple.

The Cupertino firm conducted a record 705 comprehensive site audits in 2016.