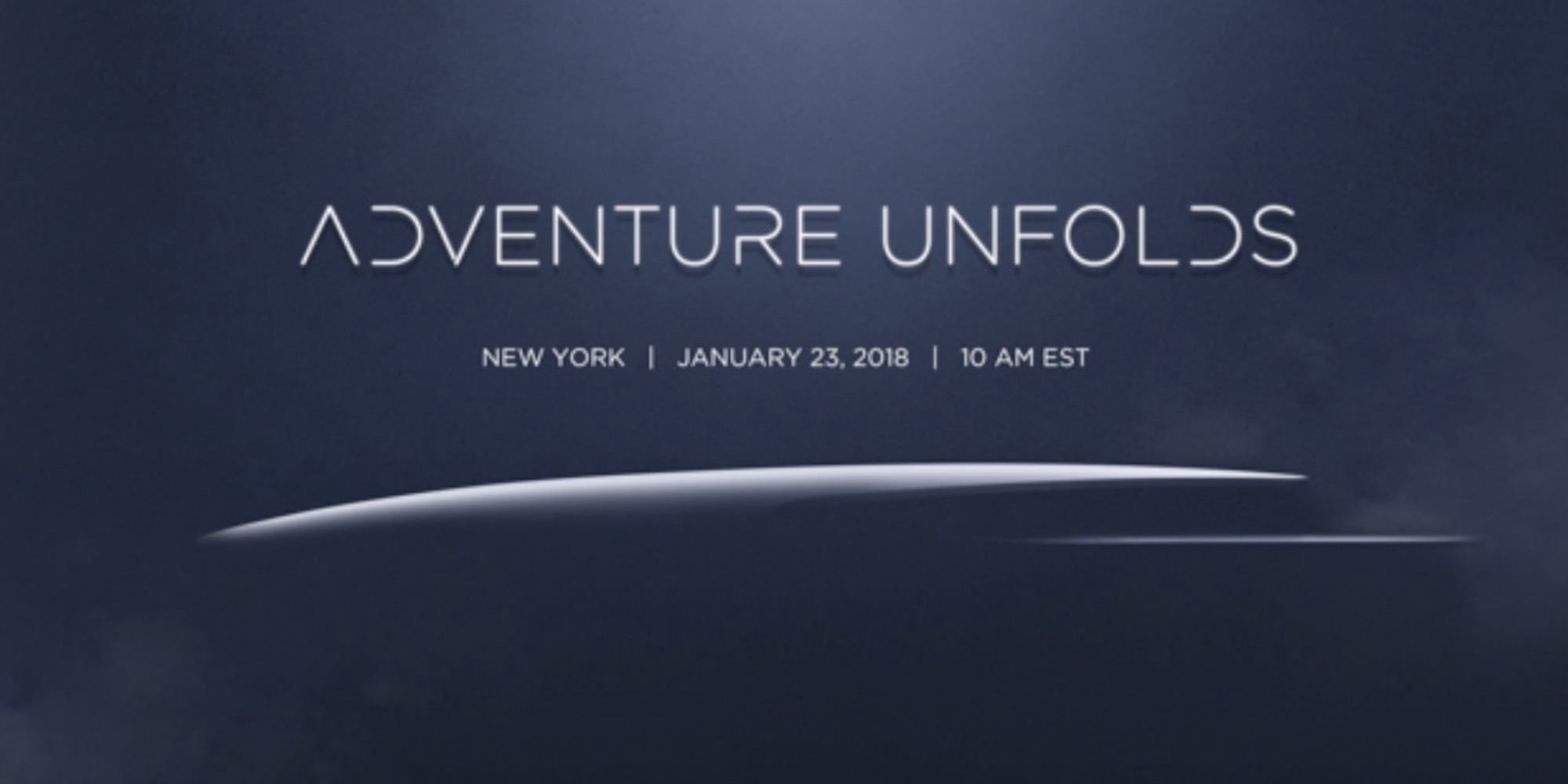 DJI, the world’s leader in the civilian drone and aerial imaging technology industry, today sent an invite to the press for its forthcoming media event, scheduled for January 23 at 10am Eastern Time in New York City, presumably to announce its next-generation drone offerings.

DroneDJ speculated Friday that DJI may be gearing up to unveil a new Mavic Pro:

Currently, the only DJI drone that is perfectly suited to take with you on an adventure and that folds is Mavic Pro. Another clue in the invite are the two swooping lines.

One could imagine those to be silhouette lines of a new drone.

If that is the case, it seems that the new drone would be more aerodynamic, which may result in higher speeds or a longer flight time.

We may indeed see the next Mavic Pro officially introduced at DJI’s press event later this month, especially considering the original Mavic Pro has received some stellar reviews.

DJI announced no new drones at CES, but we saw their other gear, such as a lighter and more affordable second-generation Osmo Mobile 2 and an all-new Ronin-S stabilizer.

Check out our hands-on with the new Osmo Mobile 2 gimbal.

Just a few days ago, an unexpected announcement by DJI’s rival, the San Mateo, California-based GoPro, has confirmed its exit from the “extremely competitive” unmanned aerial vehicle market as soon as the remaining inventory of the ill-fated Karma drone sells out.

Seems to me DJI is running away with the drone market!