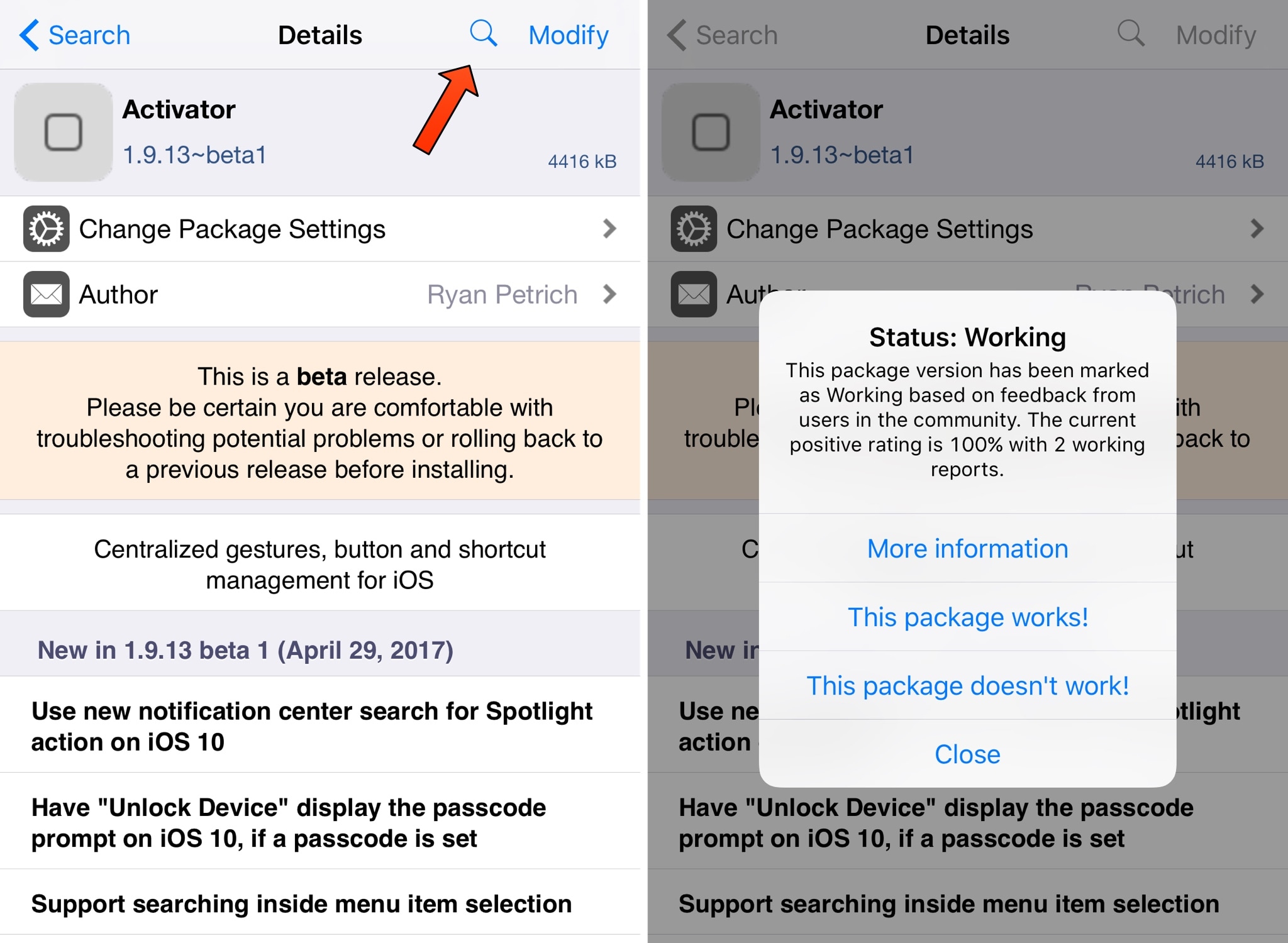 If you’ve ever looked at an older jailbreak tweak in Cydia and wondered whether it’d work on your version of iOS, then a new free release called tweakCompatible by iOS developer treAson might be of use to you.

This tweak lets you confirm whether a tweak works with your version of iOS before you install it on your device. In doing so, you can avoid potential conflicts that might cause problems with the stability of your jailbreak down the line.

After installing tweakCompatible, you’ll find a new magnifying glass button in the navigation bar, as shown above. Tapping it launches a pop-up that tells you if the tweak works with your version of iOS or not. Furthermore, you’ll see options for adding your own input as needed.

In the case of Activator in our example above, we can see that it works just fine on our iOS 10.2 device that we’re viewing it from.

You will need a GitHub account to cast your vote, but you should see a poll just like the one below after signing in: 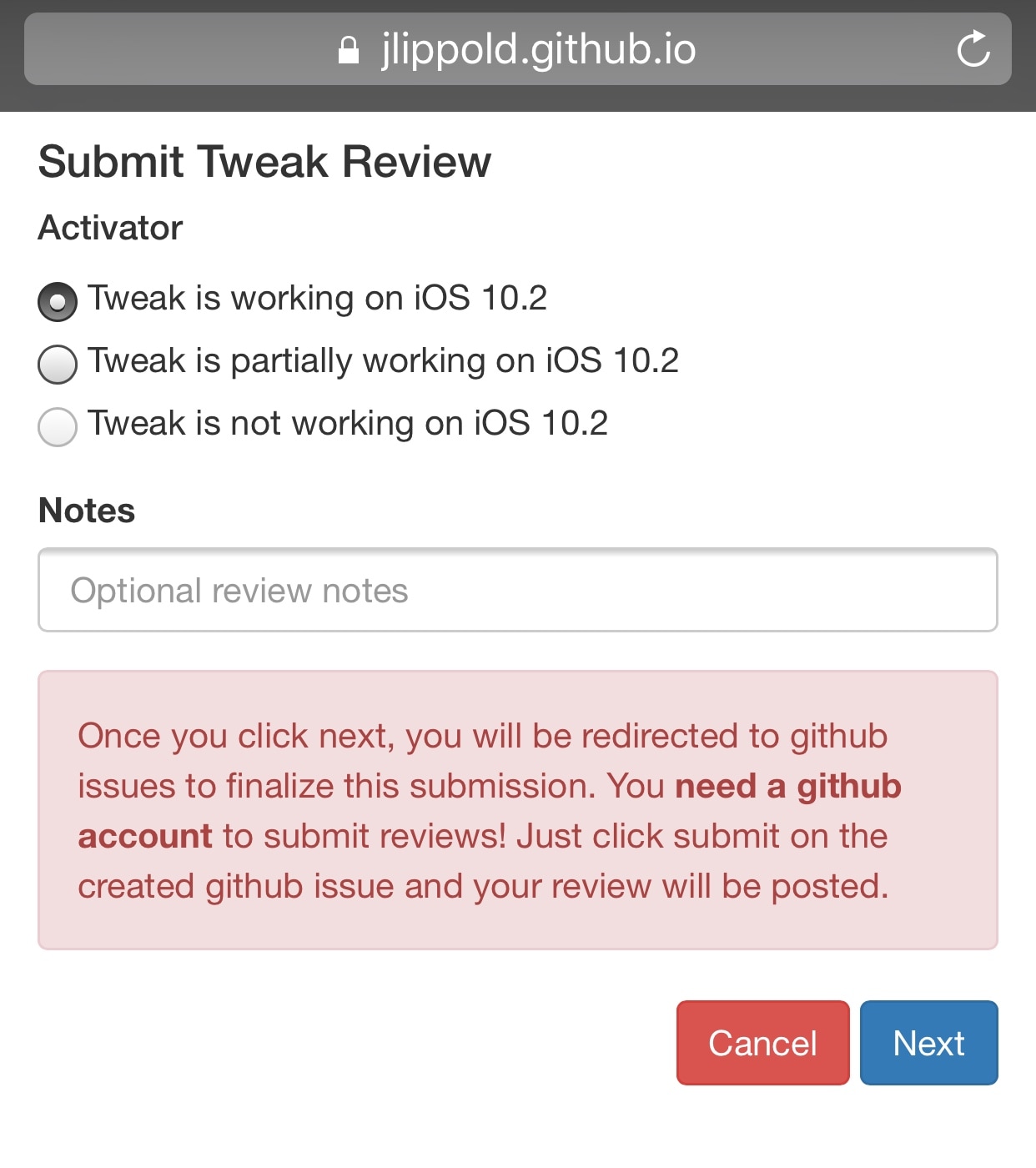 Just like any other kind of poll, your vote gets factored against the feedback of everyone else running the same version of iOS as you. Other tweakCompatible users can see the poll results from others using the same firmware as them and discern whether the tweak in question looks reputable enough to install or not.

tweakCompatible is still new, so not very many people have contributed to its polls yet. With that in mind, some tweaks in Cydia don’t currently have ratings: 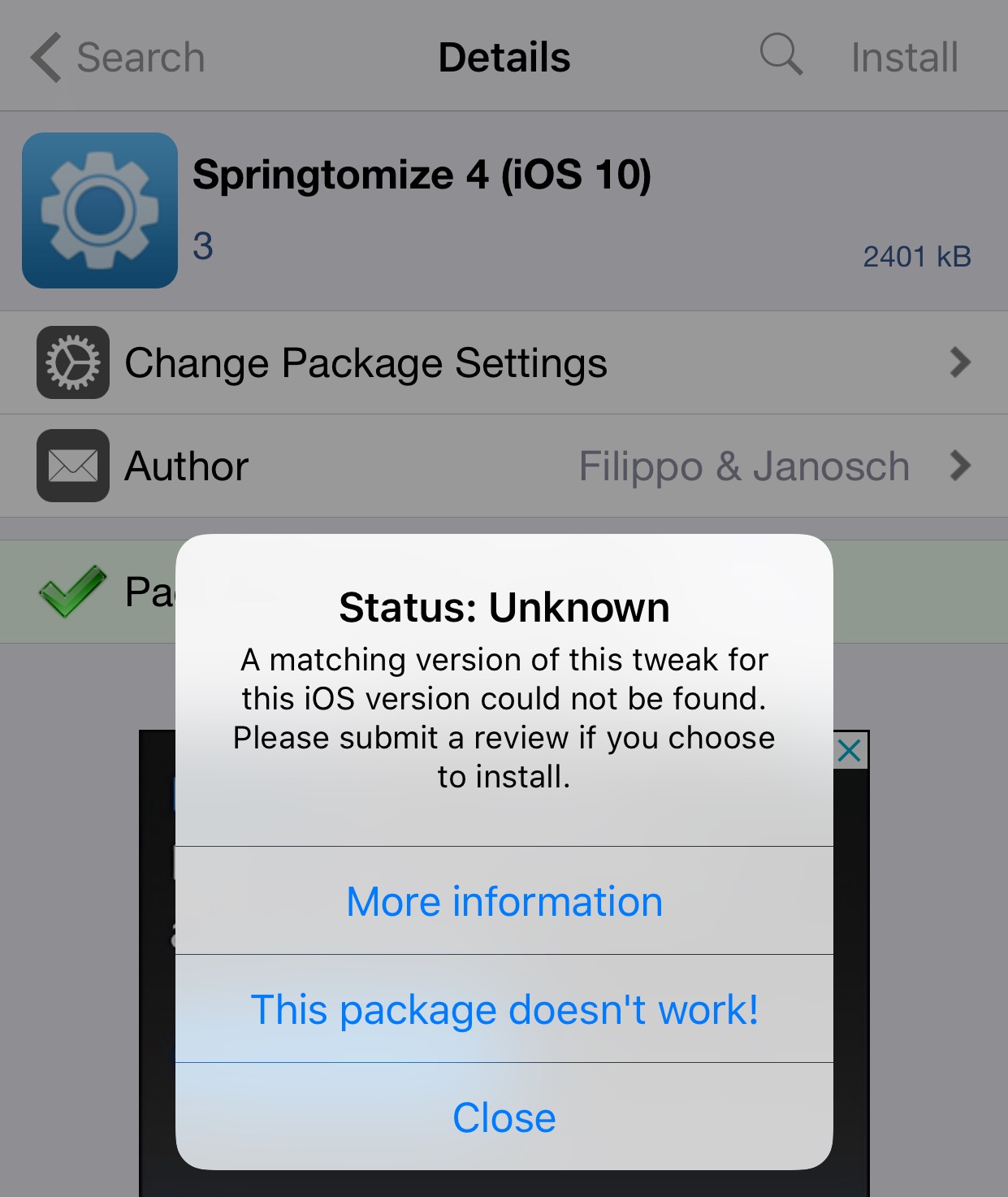 If you’re uncertain or want to see what versions that a jailbreak tweak does work on, then the full tweakCompatible database can be found on GitHub.

Overall, I really like the concept of tweakCompatible, but crowdsourced information isn’t quite troll-proof, so if anyone goes on toll tangent, could wreak havoc on the polling system. That said, I consider this a significant caveat and hope it might be controlled one way or another.

For the most part, tweakCompatible has the potential to be a useful tweak. If you can look past the potential issues with its current form, then it’s available for free from Cydia’s BigBoss repository. The tweak works with all jailbroken iOS 10 devices.

Do you like the concept of tweakCompatible? Let us know in the comments section below.