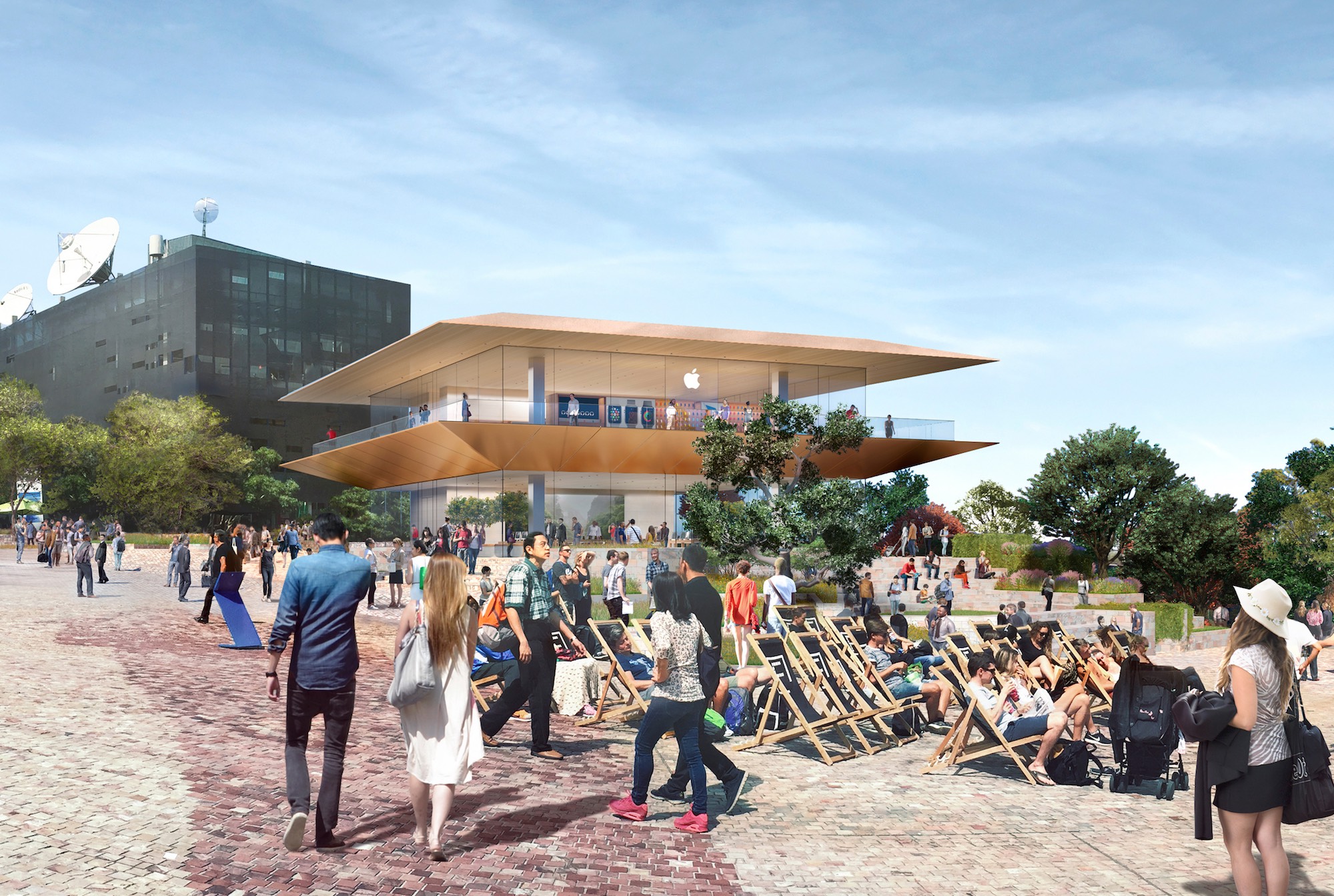 Apple has announced a new “global flagship” retail store will be opening in Melbourne, Australia. It will have over 500 square meters of public space that will connect Federation Square with the Yarra River and Birrarung Marr.

The new store will have a significant amount of glass, as well as multiple stories, according to the early renderings released by Apple. There also appears to be a viewing deck that overseas the Yarra River.

As it has in the past, Apple put a large focus on paying tribute to the existing architecture and design aesthetics. Retail chief Angela Ahrendts said they will respect the original vision for the square by utilizing a “bespoke design concept and extensive landscaping”.

“We’re thrilled to move forward in the planning process for our new home in Melbourne’s Federation Square and would be honoured to call the world-class galleries and museums of Melbourne our neighbours” said Angela Ahrendts.

Th new store, which would be the 23rd in Australia, will begin construction mid-2019 and should open to the public in 2020.