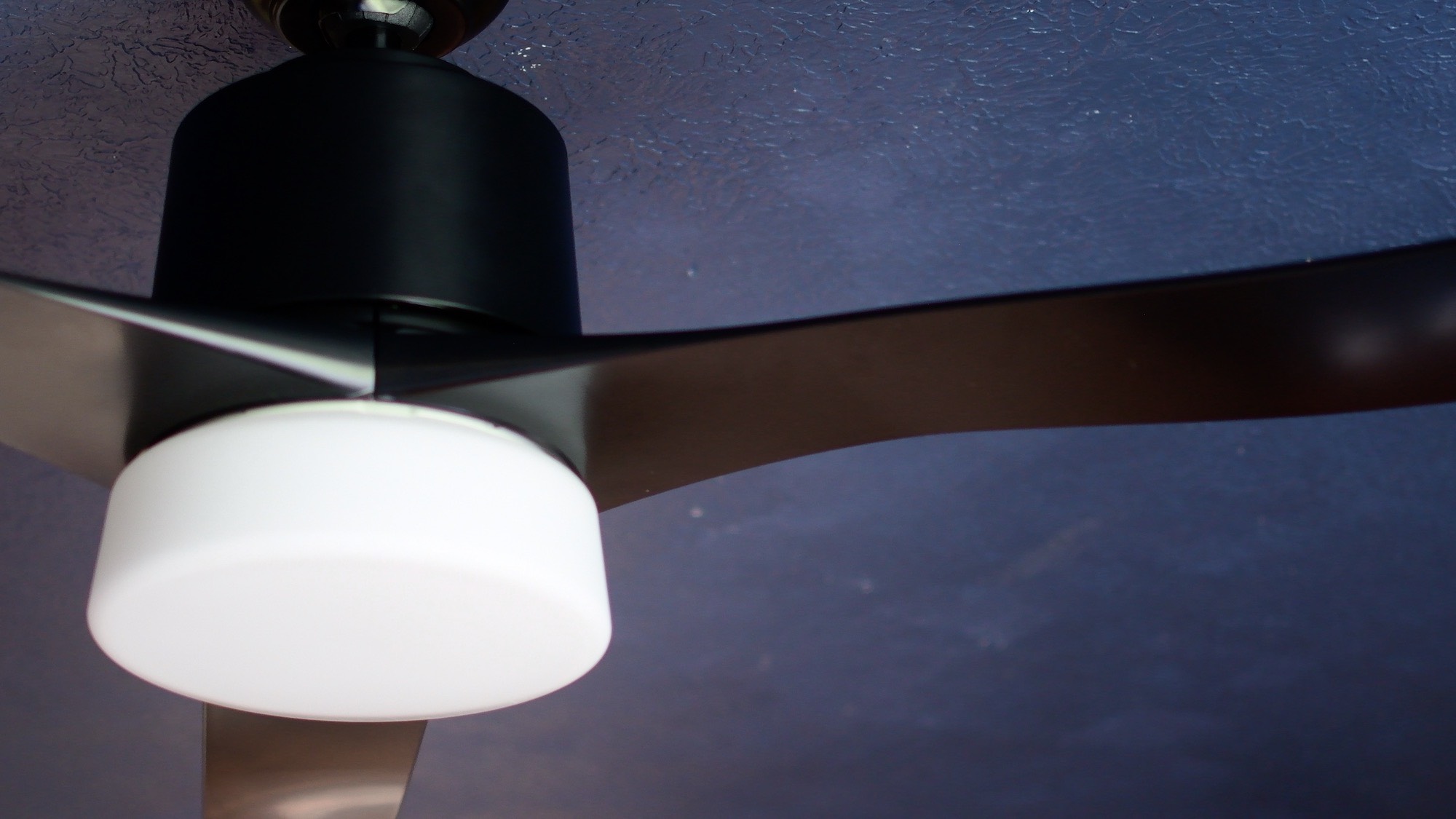 The device categories that HomeKit supports has grown in the past few years, but not all categories see the love from manufacturers. One of the most underrated categories (in my opinion) is fans. Hunter makes the only HomeKit-enabled fans that are currently available, and it slides perfectly into the HomeKit ecosystem.

Previously, if you wanted your ceiling HomeKit compatible, you had to swap out your wall switch and you had two options; on and off. The Symphony gives you much more control with the fan, and the built in lights.

Check out our review to see how easy it is to install, setup, and use.

The fact that this needs installing already puts many people off. However, as long as you have a ceiling fan/light box already in your ceiling, installation was quite simple. 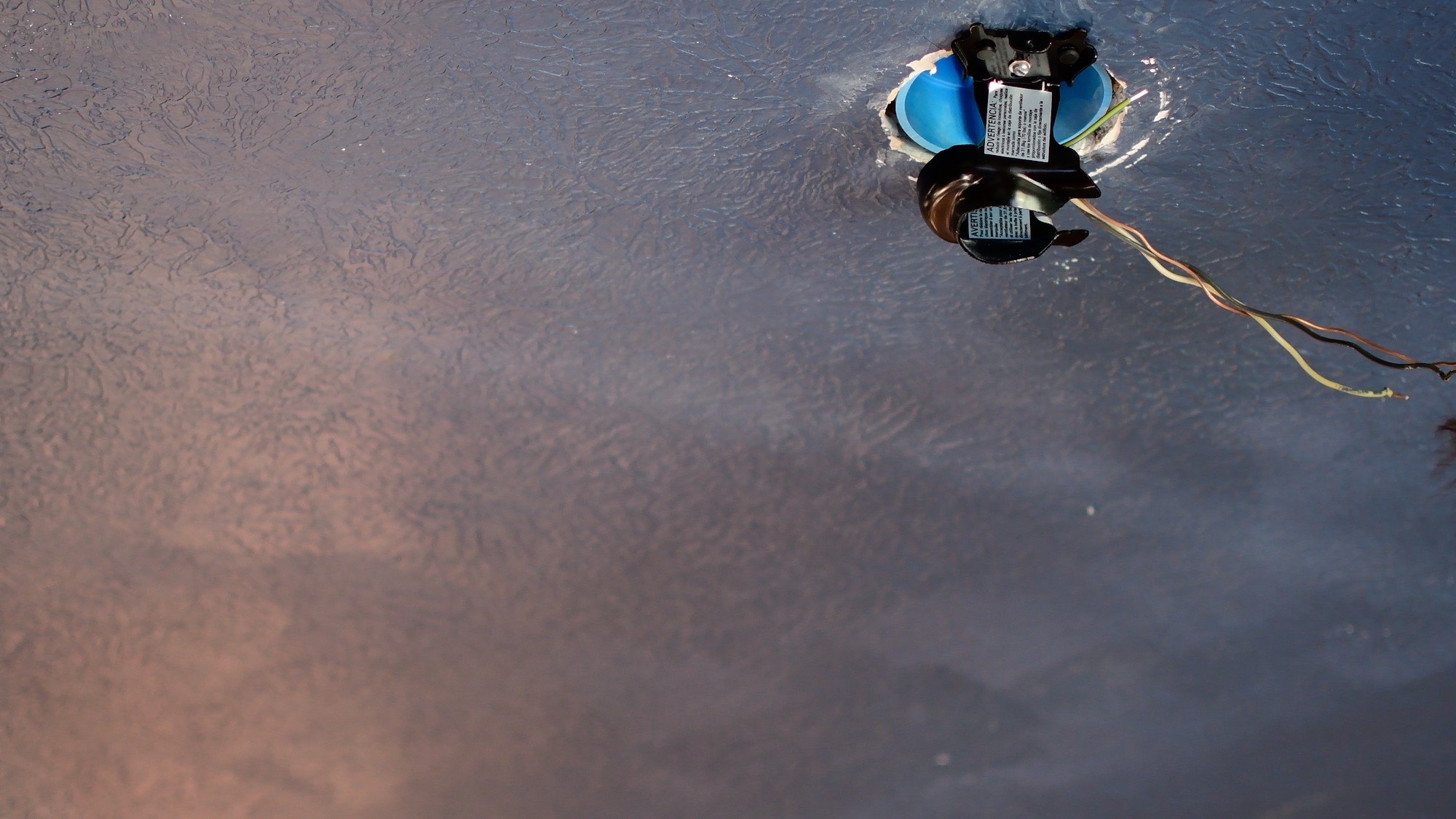 It basically amounted to removing your existing fixture, attaching the base, then the blades, then the lights. Wiring was necessary but only required 3-4 wires and was relatively effortless (as long as you turn your power off first). 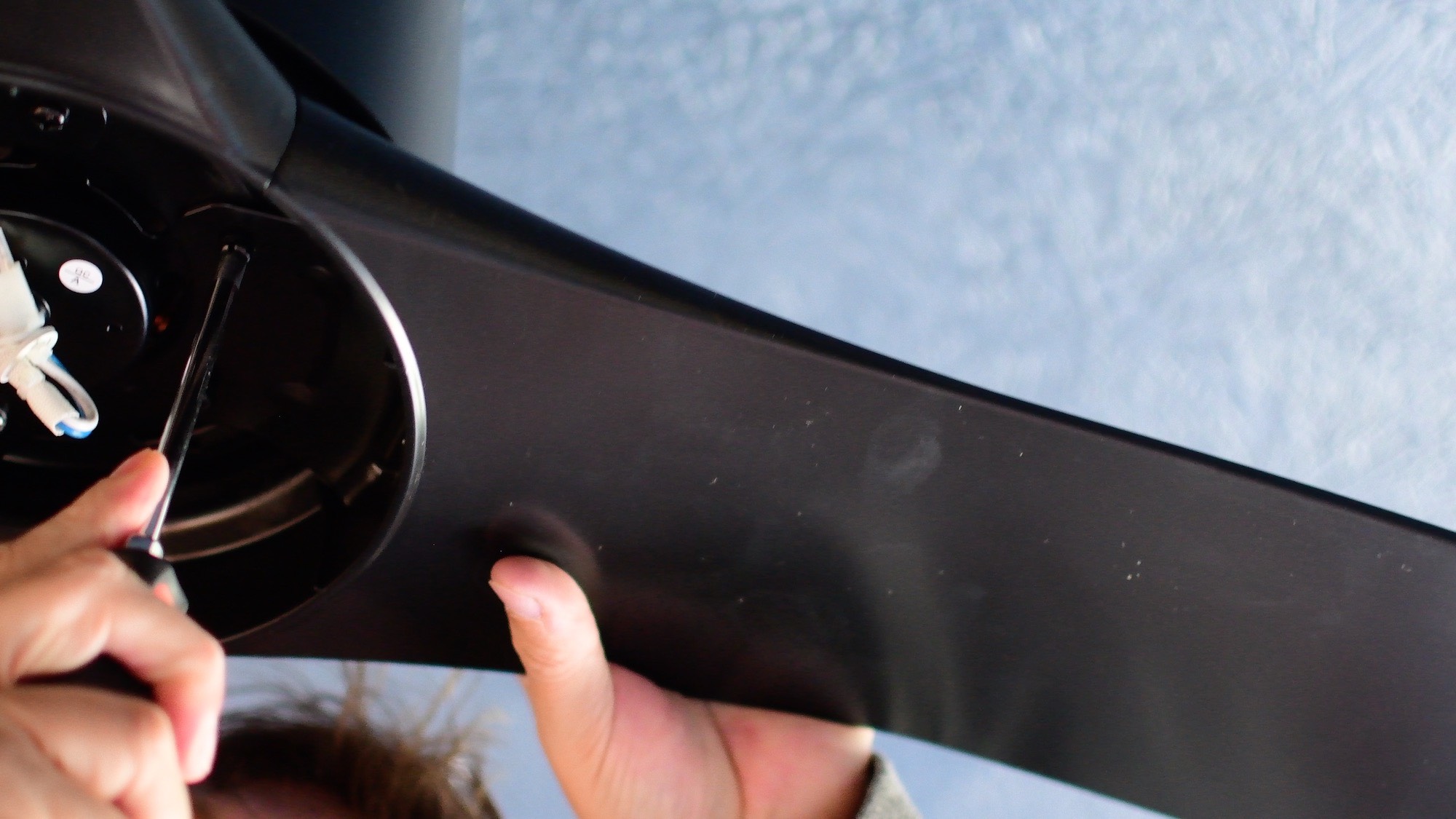 As long as you aren’t trying to film everything simultaneously, installation can be done in less than an hour.

Once the fan is installed, it is ready to use. 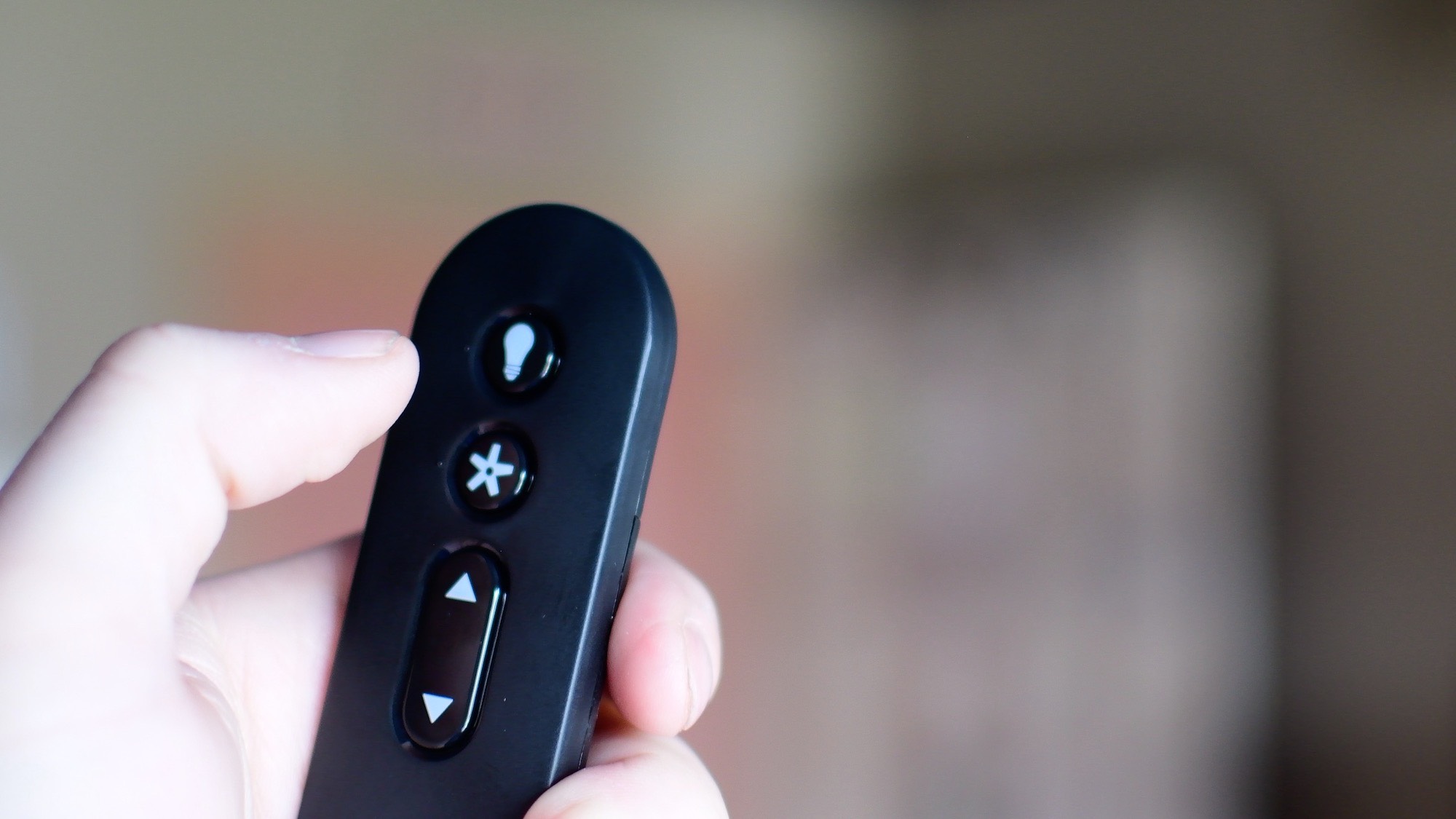 You can use the fan right away, by using the included remote.

The remote allows you to control the light, as well as change the speed of the fan. A mount is thrown in as well so you can keep the remote within reach. This is a super useful part for anyone who doesn’t use the smart home controls.

The remote is useful, but the smart home stuff is really what sets the fan apart from others on the market. 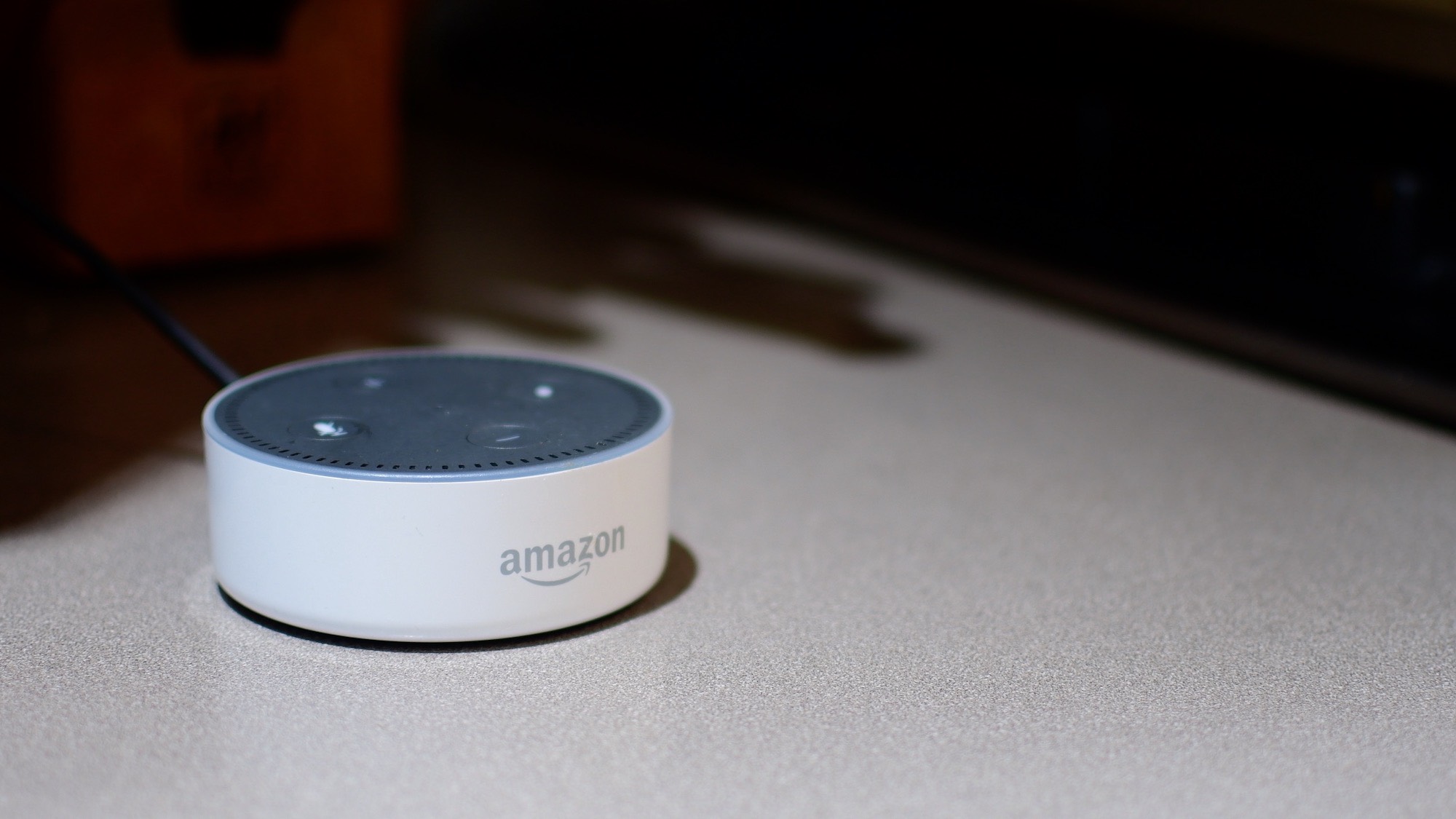 Before we get to HomeKit, I wanted to note that it also works with Amazon Alexa. You must create a Hunter SimpleConnect account in the app, and then pair it with the Alexa app to use.

Creating the account was a bit of a process in the existing SimpleConnect app, though Hunter said this would be simplified in an upcoming update.

On the HomeKit side, I had a little trouble getting it paired. The issue resides with the Wi-Fi in our home. 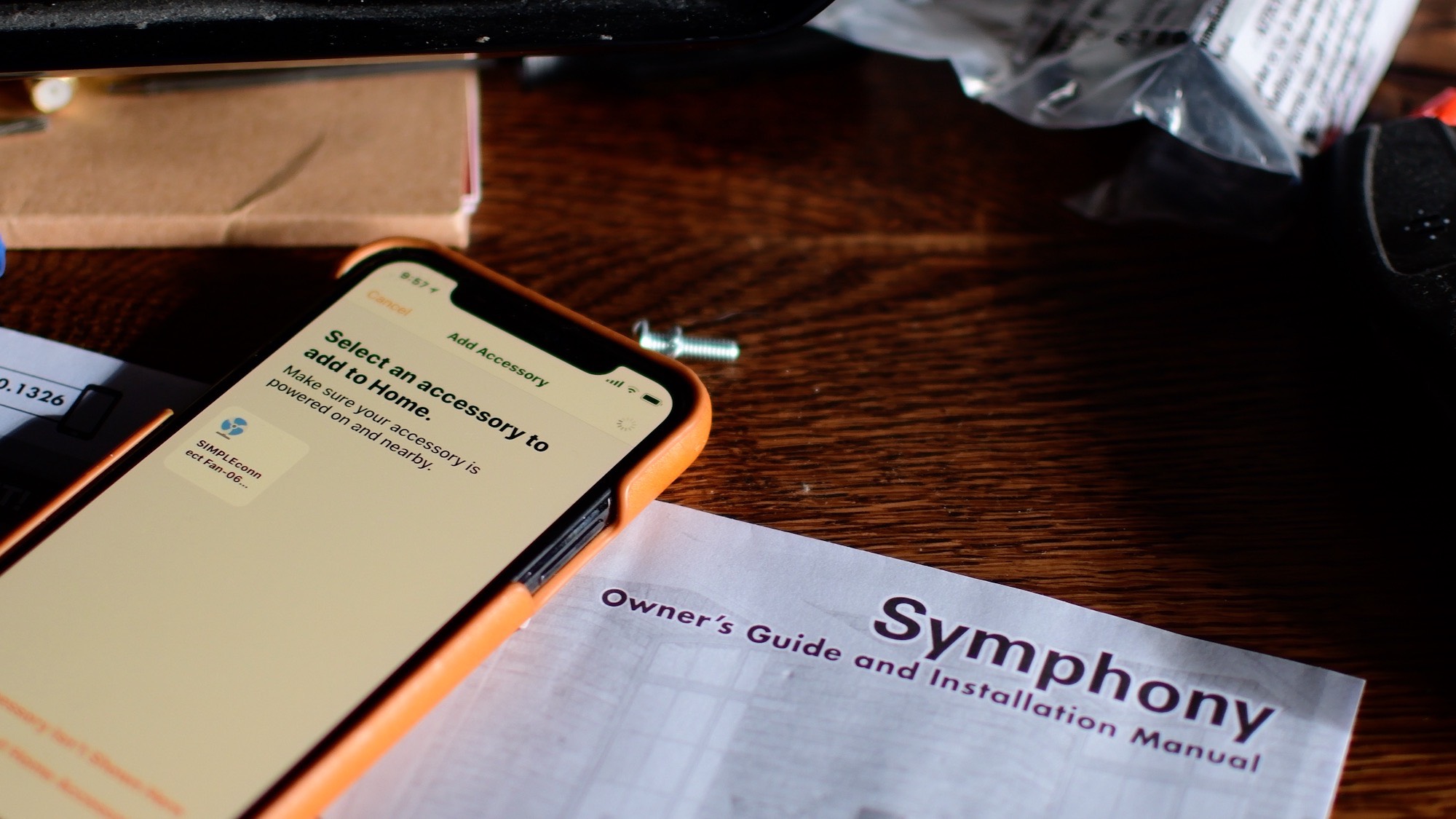 Like all HomeKit accessories, Symphony only connects to the 2.4GHz network, and not the 5GHz. So what would happen was that the fan wouldn’t show up, or would then disappear from the Home app because my phone kept jumping to the 5GHz network. My router apparently isn’t able to communicate well between the two different wireless bands. Easy solution though, just be sure to connect to the 2.4GHz network and you should be good to go.

Once the fan is connected to the Home app, it will show as two separate devices. There is the fan, as well as the light. That means you can control each of them individually. You can choose which room for the accessories, as well as whether or not to include them in your favorites.

Using Siri or the Home app, you can turn the fan off or on, as well as change the speed in 25% intervals.

You can do the same for lights, though oddly, dimming is not supported on the included light bulbs. They simply turn on and off. Just swap them with other standard bulbs, and they will be dimmable from HomeKit (thanks to Tim Wells for this tip). 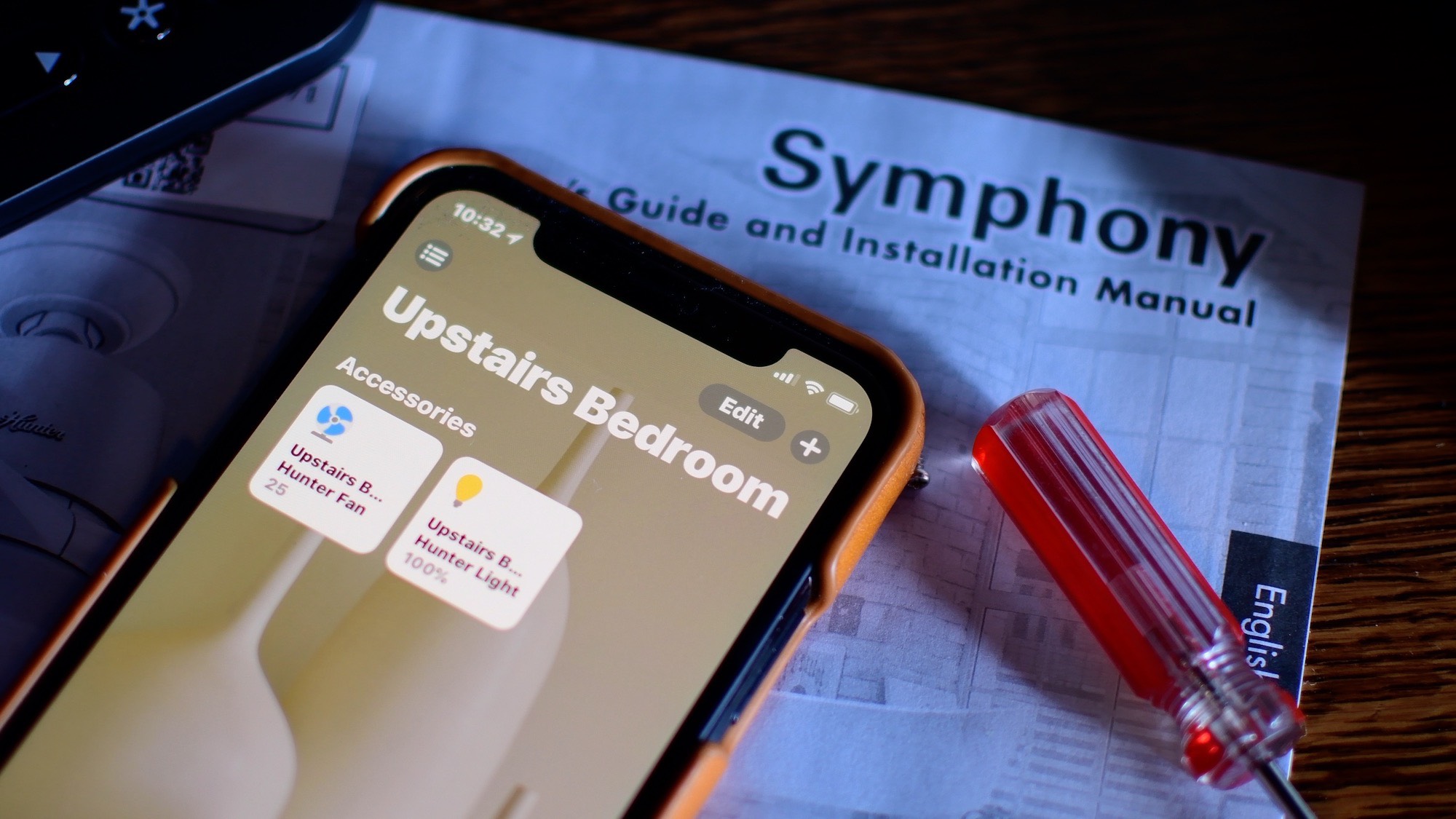 You can automate all of this as well. For instance, you can turn the fan or light on and off at certain times each day.

If you have other HomeKit accessories, the automation can get even more powerful. You can do things like turning the fan off/on based on the temperature in the room. Or turning the light on when there is motion.

HomeKit control, or really any smart home support, makes perfect sense for a ceiling fan. They are always a pain to control, either making you get out of bed to turn them on or off, or you have to pull a string/chain hanging from the ceiling. Being able to automate those things or control them from your phone is awesome.

There are times where putting in “smart” technology just makes no sense, but after using the fan for the past month, I can honestly say it has made a big difference compared to the old fan I had installed. 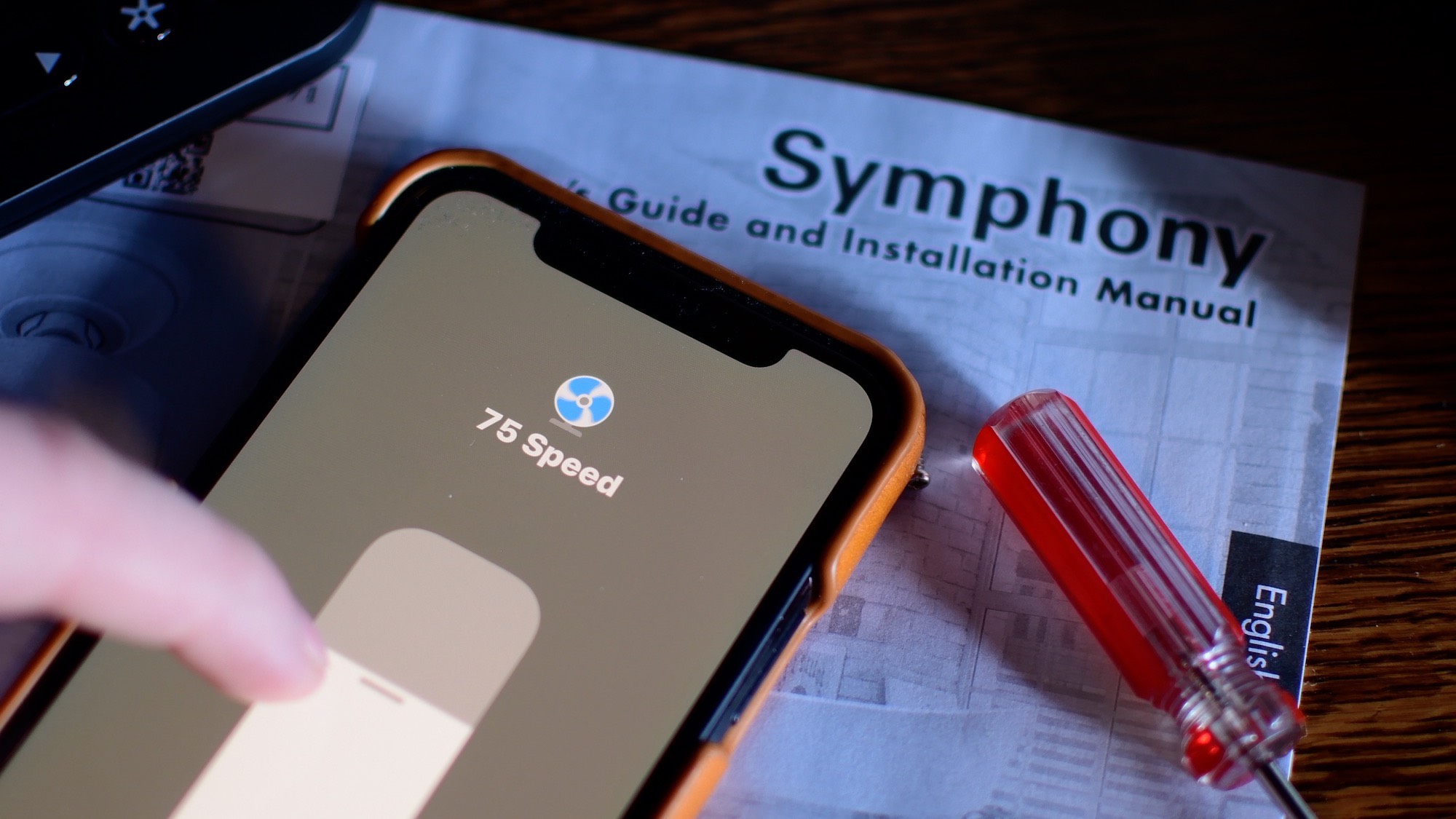 It is also nice that the price is also not exorbitant. At $299, it actually falls in line with many other fans that don’t have HomeKit technology built in.

If you are working on a home makeover anytime soon, or just looking to upgrade your smart home, for sure check out the Hunter Symphony ceiling fan and light.

It is available on Amazon for $299. If you want something that looks a little more traditional, the Signal is also available for $343.

Let me know what you think of the latest HomeKit accessory down in the comments!

Be sure to check out our other recent HomeKit reviews including D-Link Omna, iDevices Outdoor Switch, LIFX Mini, August Pro, and Nanoleaf Aurora.