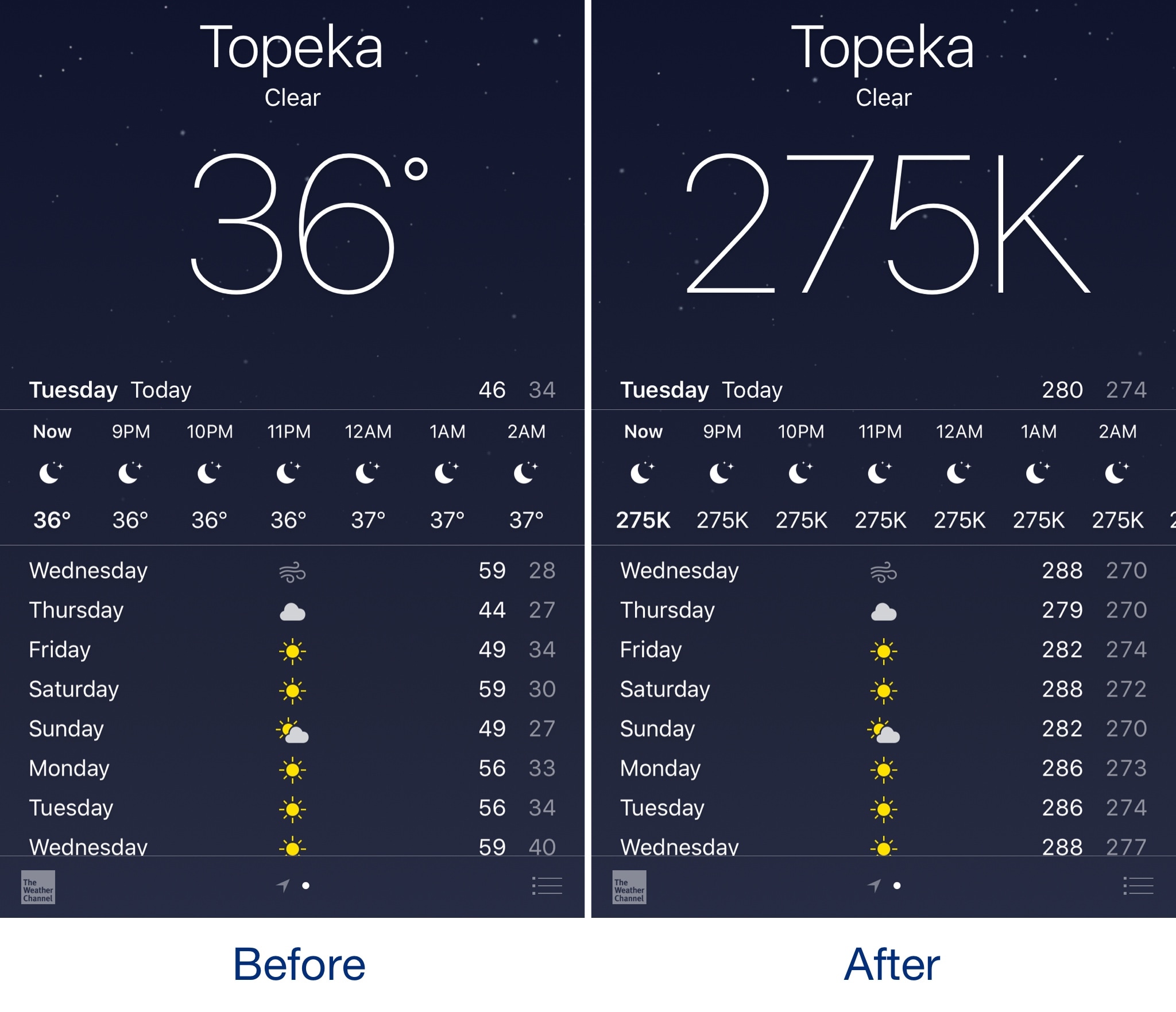 Out of the box, your iPhone’s default Weather app supports both Celsius and Fahrenheit for depicting how hot or cold it is outside. While these might be two of the most popular units of measure concerning temperature, they’re certainly not the only ones.

Another unit that you don’t see very often unless you dabble in the world of science is Kelvin, and a free jailbreak tweak called 4000 Degrees Kelvin by iOS developer Sniper_GER unlocks this temperature unit throughout iOS.

Shown above, you can see how the Weather app looks both before and after installing 4000 Degrees Kelvin. From our example, we can observe that 36º Fahrenheit equates to 275 Kelvin. Furthermore, the tweak also converts each of the values for the weather forecasts coming up.

As you might have discerned already, we said “throughout iOS” instead of “in the Weather app,” and that’s because 4000 Degrees Kelvin turns Kelvin into the primary unit of measure throughout the entire operating system. 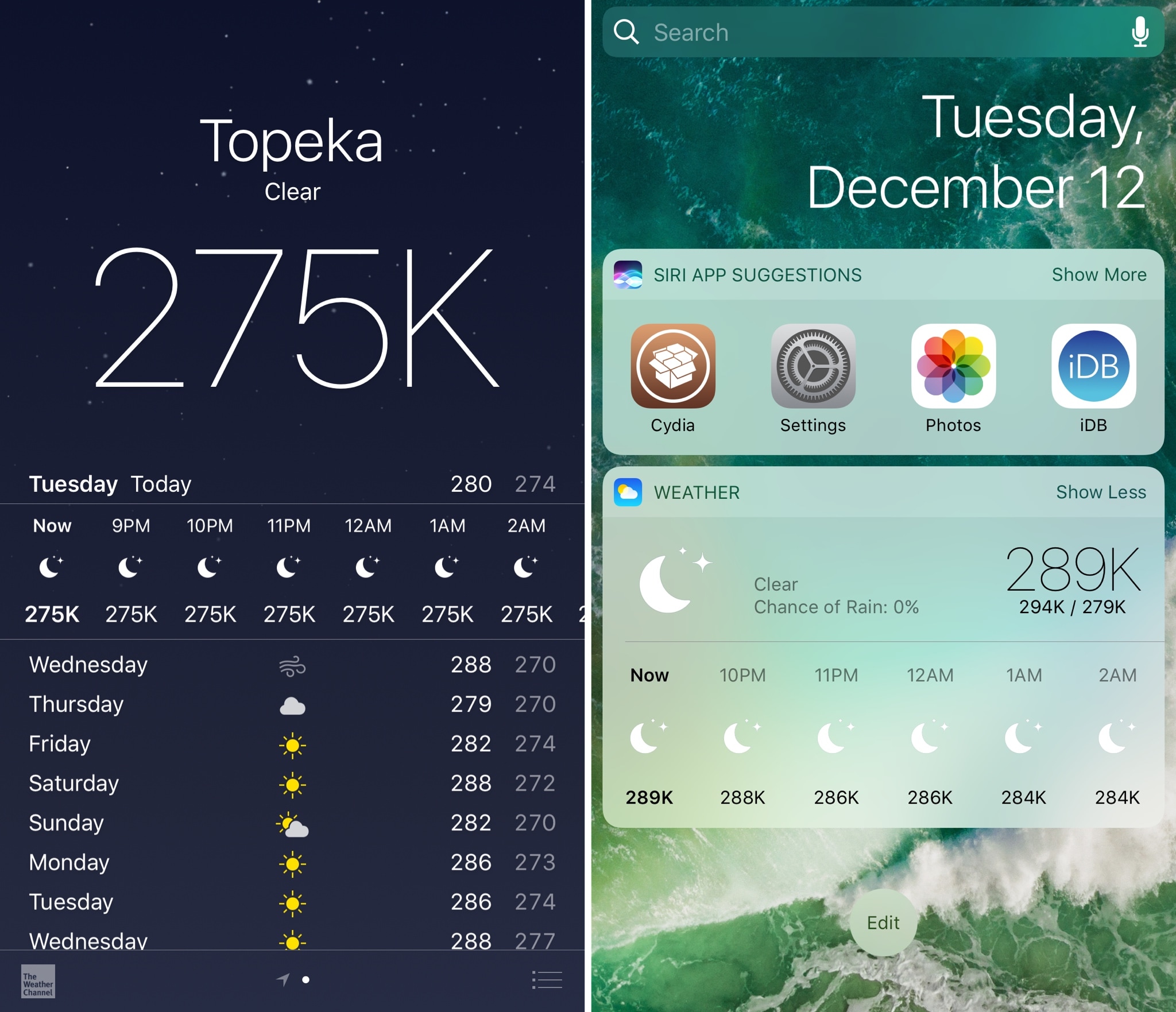 With 4000 Degrees Kelvin installed, you can glance at iOS’ Weather widget and even check the Weather display in the default Maps app; you should now see Kelvin in these places too: 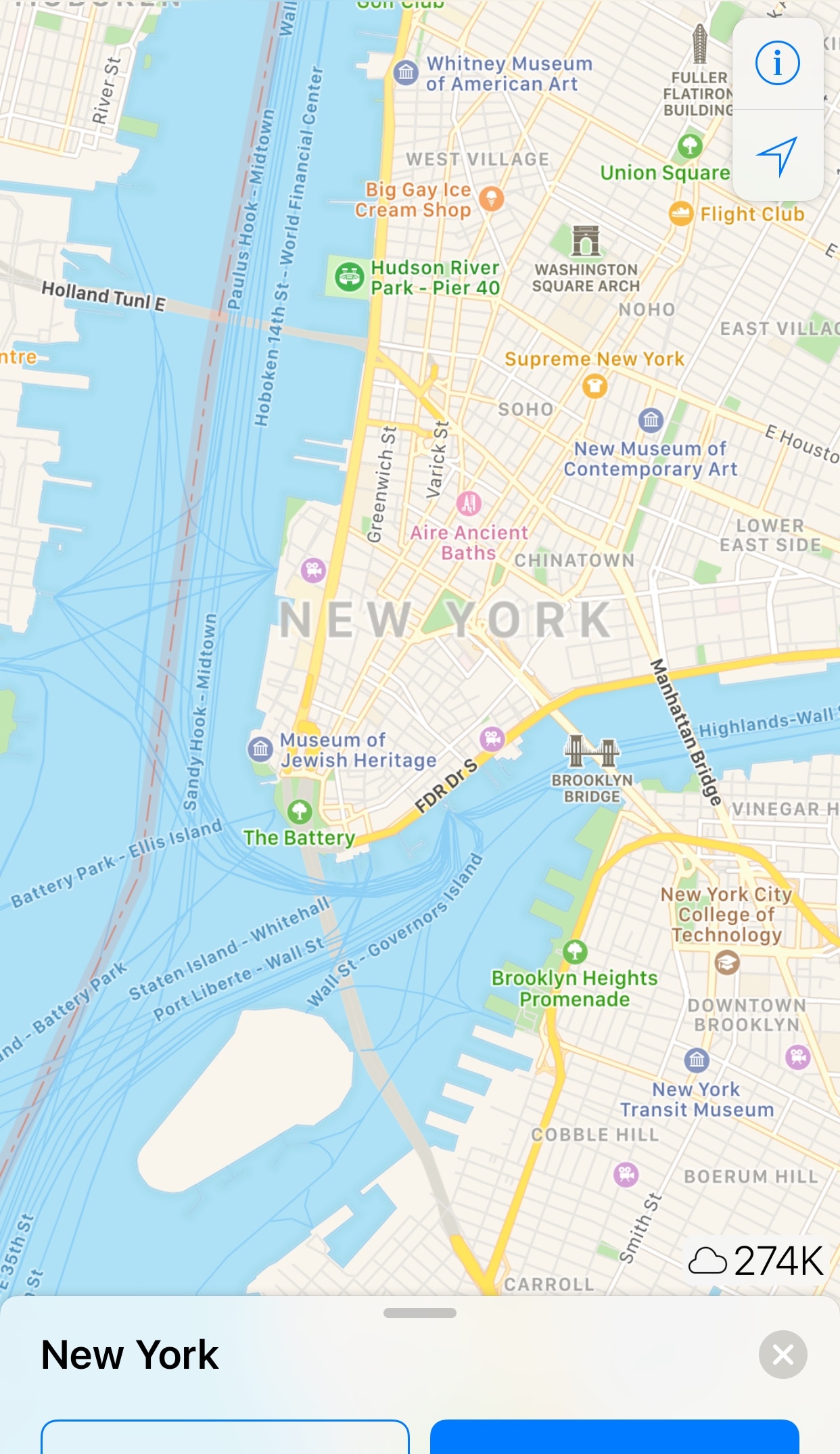 By now you might be wondering why such a tweak exists, and admittedly, I did too at first.

After consulting with the developer, I learned that Apple baked support for Kelvin conversions right into iOS 10. On the other hand, none of Apple’s default apps take advantage of this code, so it stays dormant under the hood.

4000 Degrees Kelvin merely exploits this very particular piece of code, compelling iOS to apply its Kelvin conversion function to every weather display you can find in iOS.

If you aren’t familiar with Kelvin and want to learn more about it, then you can use this free unit converter to get a better understanding of how temperature units correlate to one another. Once you get a feel for it, you might even come to like it.

ProTip: In case you didn’t already catch on, the developer also informs us that the name “4000 Degrees Kelvin” is a reference to the original Portal game.

4000 Degrees Kelvin isn’t available from any of Cydia’s default repositories, so you’ll need to add the FESTIVAL repository to your device to download it on your jailbroken device. You can follow these steps to do that:

After completing all four steps, you can find and install 4000 Degrees Kelvin by searching Cydia or checking the Changes tab once the app is done “Reloading Data.”

Which temperature-based unit of measure do you prefer? Let us know by leaving a comment below.