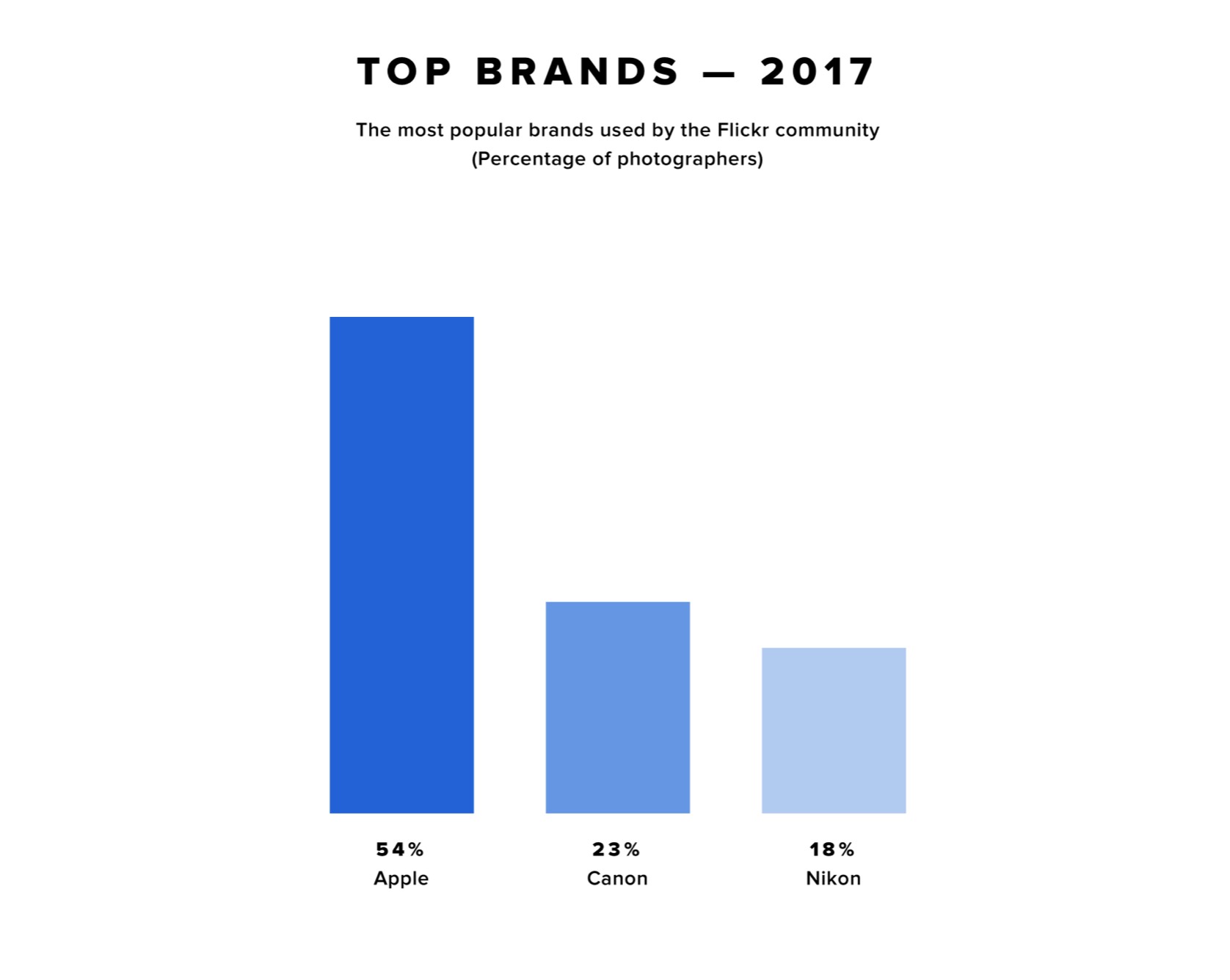 As Flickr does towards the end of each year, they’ve shared a variety of reports on the usage of their site. That includes Top Devices and Brands, as well as the Top 25 Photos of 2017. Apple continues its streak by clenching the top spot for most popular camera on the platform, by a substantial margin.

Smartphone photography has continued to rise, increasing the percentage of photos taken on the platform. It seems most of the increase came at the expense of point and shoot cameras, who’s upload number dropped to 12% from 21% the year before. Smartphones are now 50% of uploaded images, increasing from 48% in 2016.

As for the most popular brand, it wasn’t even close.

“Apple iPhones remained the dominant camera models, with 54% of the top 100 devices being named iPhone and an almost clean sweep of the top 10 Devices of 2017, accounting for 9 our of the top 10 devices.”

You can read the rest of the report over on Flickr’s blog.