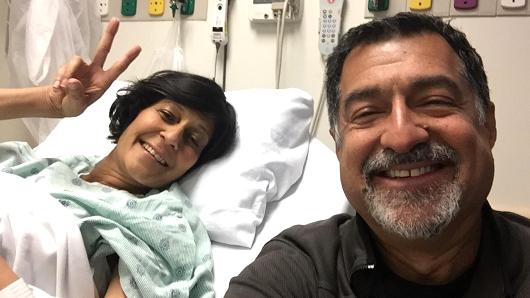 Today CNBC is reporting that Apple’s director of health Anil Sethi is parting ways with the company to form a new startup called Ciitizen. The move comes after Anil took an extended leave of absence to care for his ailing sister, who has recently passed away.

Sethi came to Apple after they acquired his previous company, Gliimpse. Tania, Sethi’s sister, had been diagnosed with cancer and he had taken some time away from work to help care for her. Apple COO Jeff Williams personally had given him that time away.

When Sethi founded Gliimpse, one of the core reasons was to help aggregate his sister’s health data including all of her labs and charts. Unfortunately, Tania passed away on September 11th. In her final days, Sethi promised her he would dedicate his life to helping improve care for cancer patients.

Now Sethi has decided to forgo returning to Apple, and is instead forming a new startup, Ciitizen. Ciitizen will focus on allowing cancer patients to get their health data, and share it with health researchers on request. He describes his new undertaking different from Apple as “depth rather than breadth.” He did stress how excited, passionate, and dedicated Apple is in the health space, and hopes to work together again and “meet in the middle.”

Sethi is expected to announce the new company at a press event in San Francisco this afternoon.