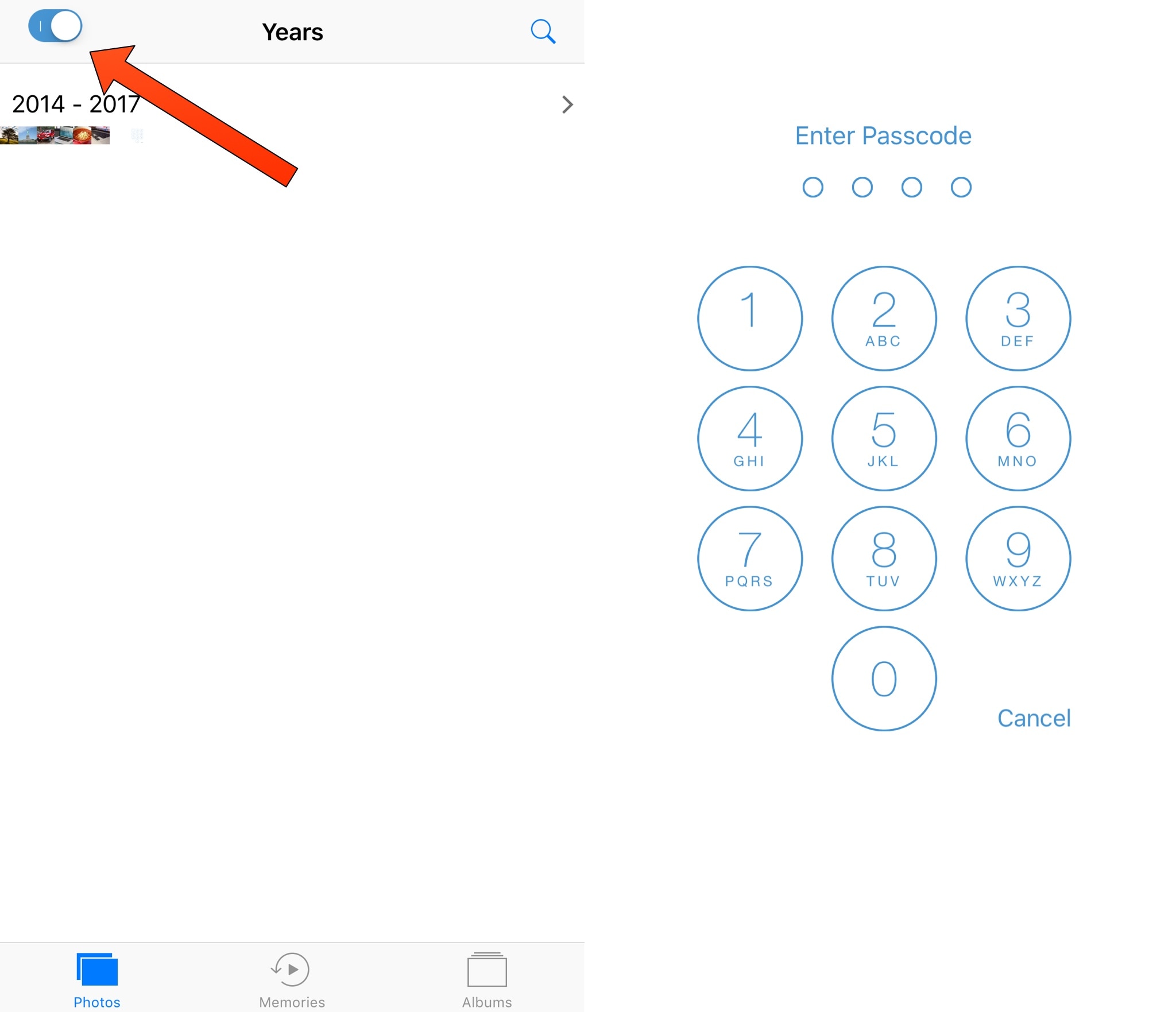 Most people take their virtual privacy seriously, and a new free jailbreak tweak dubbed PhotosLock by iOS developer Ian enforces this rule of thumb for any jailbreakers that might fall under this category.

As you might have inferred from the tweak’s name already, PhotosLock lets you lock your Photos app with an independent passcode. Acting as a second layer of security, it hides your personal photos from prying eyes.

In most cases, your primary passcode is enough to deter others from accessing your Photo Library, but some folks share their passcode with close friends and relatives. Herein lies the problem.

PhotosLock makes it so someone who knows your primary passcode can’t get into your Photos app without also knowing your secondary PhotoLock passcode.

After installing the tweak, go into the Photos app, open the Photos tab, and zoom out until you see “Years” in the navigation bar. Afterward, you can toggle on the switch at the top left of the interface and follow the on-screen instructions to set up your passcode. Keep in mind that this passcode is explicitly dedicated to the Photos app and should differ from your primary passcode.

After configuring your passcode, you’ll need to enter it every time you launch the Photos app – even if you’re merely switching to it from the App Switcher.

While I enjoy the persistence PhotosLock offers, I also respect how the passcode input interface conceals the Photos app’s contents entirely until the correct passcode gets entered, as shown above. This prevents anyone from peeking behind the passcode input interface for clues about what resides in your Photo Library (particularly important around the holiday season when you might screenshot gift ideas).

Although there aren’t any fail-proof jailbreak tweak-based security solutions, it’s still an added layer of security that helps keep honest people honest. If you’re interested in trying PhotosLock for yourself, you can download it for free from Cydia’s BigBoss repository; the tweak works on all jailbroken iOS 10 devices.

Do you like the idea of passcode-protecting your Photos app? Let us know why or why not in the comments section below.