iPad Pro features Apple’s premium ProMotion display technology which doubles the screen refresh rate from 60 to 120 frames per second. It makes iOS interactions and actions like scrolling, playing media and drawing with Apple Pencil more fluid and responsive than before.

The downside is that drawing everything displayed on the screen 120 times per second puts additional burden on the GPU and CPU, resulting in increased power consumption and shortened battery life between charges.

ProMotion is a hardware component of Apple’s iPad Pro displays.

ProMotion intelligently adjusts the display refresh rate to match the movement of onscreen content, alternating the LCD panel’s refresh rate between 24FPS, 30FPS, 48FPS, 60FPS and 120FPS on the fly, depending upon the content you’re interacting with.

When you’re watching a still image or a movie, the refresh rate of the LCD panel may slow down to 24FPS, 30FPS or 48FPS to match the frame rate of most movies and avoid that annoying judder effect observable while watching 24FPS content on a 60FPS display. 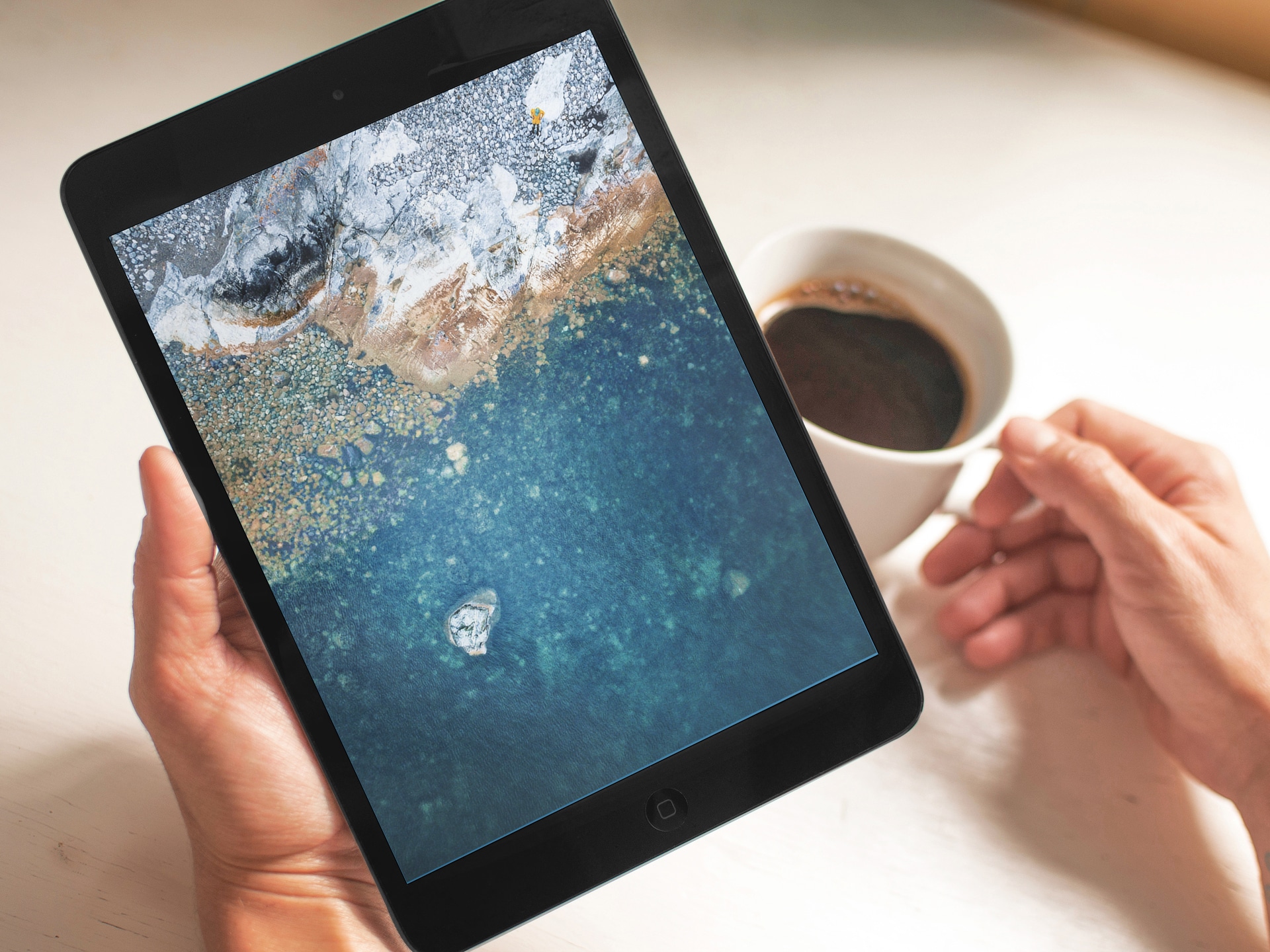 For everything else, it can switch to up to 120FPS.

If you’re reading a document or watching a high frame rate video shot on your iPhone or using a live sports app like NFL Sunday Ticket and MLB At Bat, the LCD panel may run at 60FPS.

Conversely, playing a game or scrolling around in Safari will ramp up the LCD panel refresh rate to 120FPS for maximum smoothness so you can even read text that’s scrolling by quickly. 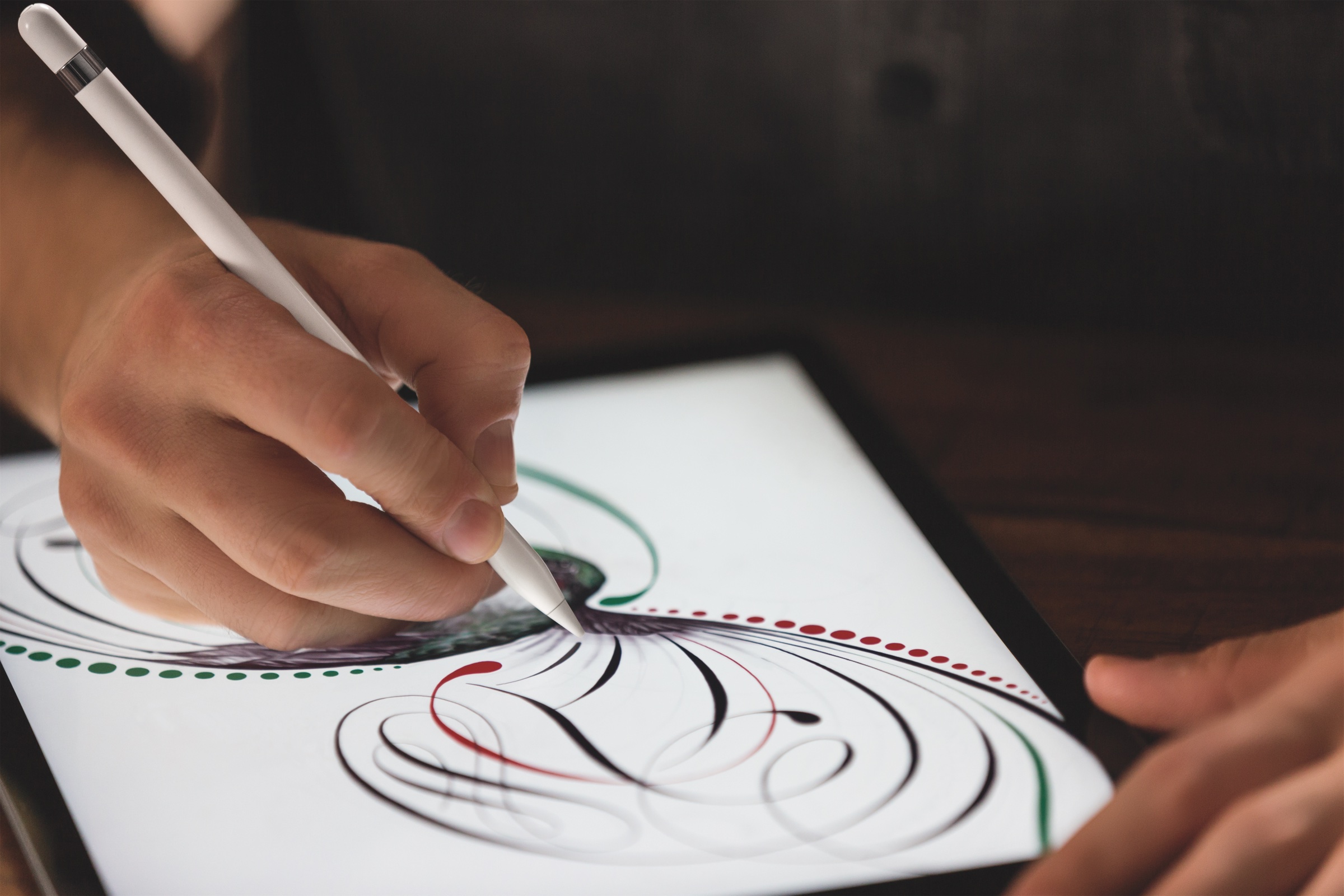 Movies and videos look better, scrolling is more fluid and games play smoothly without distracting artifacts known as tearing that occur when the game is not in sync with the display’s refresh rate. Moreover, ProMotion effectively halves the latency on the Apple Pencil by reducing delay in the ink appearing on the screen as you draw.

And because it dynamically varies the display refresh rate to match the movement of the content, ProMotion also improves display quality and reduces power consumption.

How to limit frame rate on iPad Pro to 60FPS

To limit ProMotion to up to 60FPS, do the following:

1) Launch the Settings app on your iPad Pro.

4) Slide the switch labeled Limit Frame Rate to the ON position. 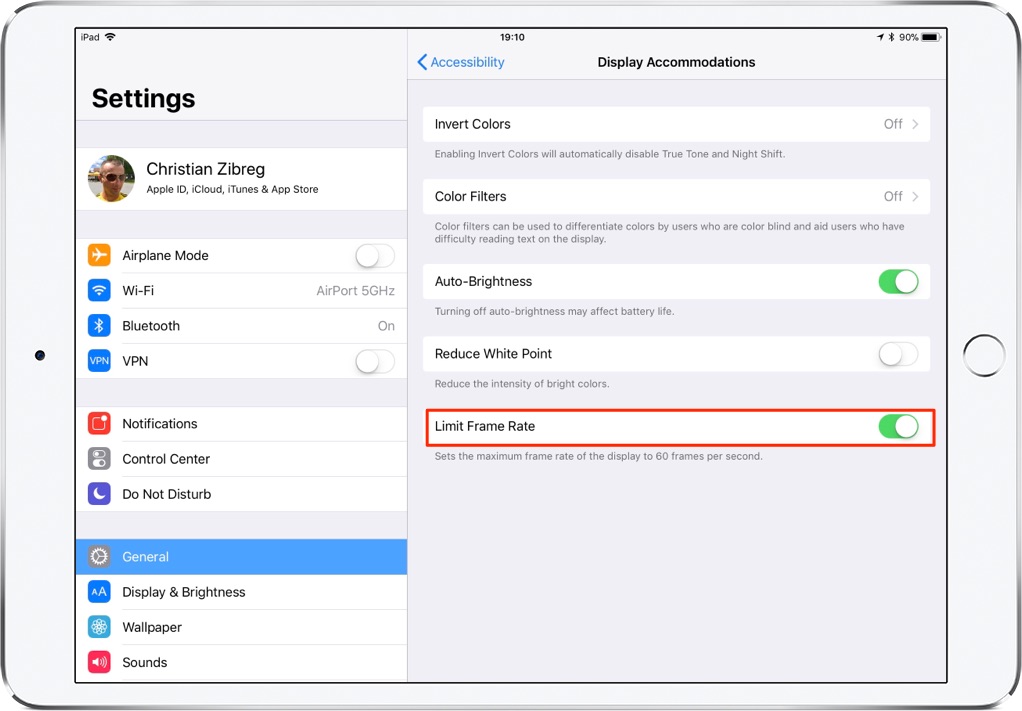 Keep in mind that this setting simply limits the number of times the iPad Pro’s screen is refreshed to 60 times per second, it does not turn off ProMotion technology completely.

With it enabled, your iPad will continue to dynamically adjust the screen refresh rate between 24, 30, 48 and 60FPS, but will no longer go all the way up to 120FPS.

The battery in your iPad Pro may last longer between charges, but on the other hand Apple Pencil’s industry-leading lag time of 20ms will double to 40ms. 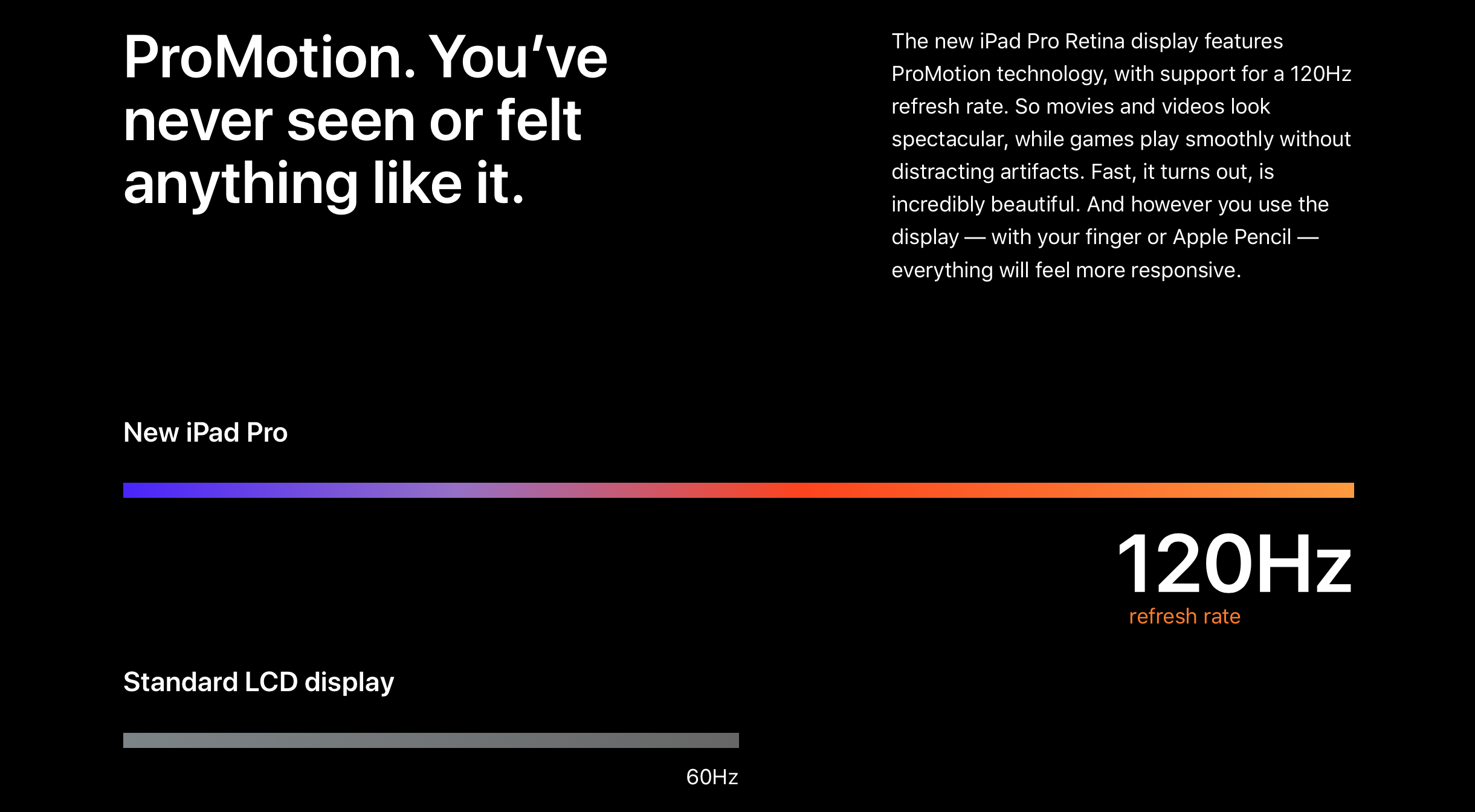 You may notice jittery motion while watching 24FPS movies due to the 3:2 pulldown.

Webpages and text will appear blurry when scrolled rapidly and common iOS interactions like swiping through photos and dragging and dropping files may take a bit longer to accomplish.

If power consumption is a priority, limit ProMotion on your iPad Pro to 60FPS and see if you can tell any difference in the display’s legibility and clarity. If not, leave this setting turned off.