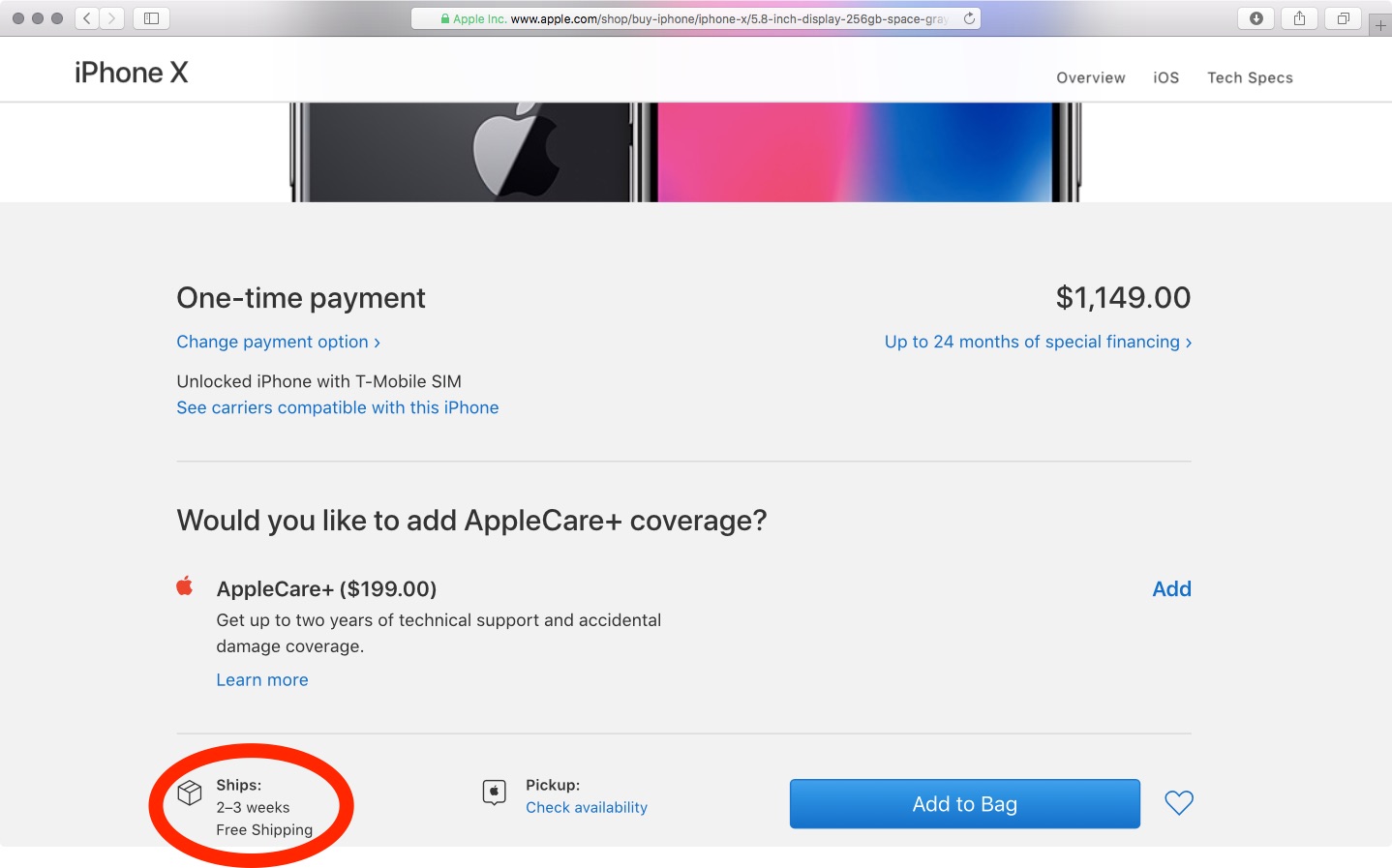 Apple’s online stores now give an updated shipping estimate for new iPhone X orders of two to three weeks across the United States, Canada and many countries in Europe and the Asia Pacific region, a notable improvement over the previous delivery times of 3-4 weeks.

All models on all carriers are now listed with an estimated delivery time of two to three weeks. As iPhone X availability continues to improve in the United States, customers in Europe and Asia Pacific recently noticed that new orders are shipping in 2-3 weeks as well.

For instance, Apple’s online stores in major European markets like the United Kingdom, France, Germany, Spain, Denmark, Sweden, Norway and the Netherlands just a few days ago listed iPhone X as shipping in 2-3 weeks, as did the stores in Asian Pacific countries like Japan, China, Australia and New Zealand.

In other words, if you order your iPhone X now, you’ll likely receive it by early December.

Additionally, some people are now seeing their pre-ordered iPhone X shipping out much sooner than expected. If you’re planning on buying one, be sure to check stock using Apple.com or the Apple Store app every morning.

When iPhone X preorders went live, delivery estimates predictably slipped to 5-6 weeks around the world in less than half an hour. The fact that shipping times have been improving lately indicates that the widely reported supply issues that we had been hearing about before the handset arrived were probably overblown.

Have you purchased an iPhone X yet? If not, why and do you plan on getting one anytime soon?