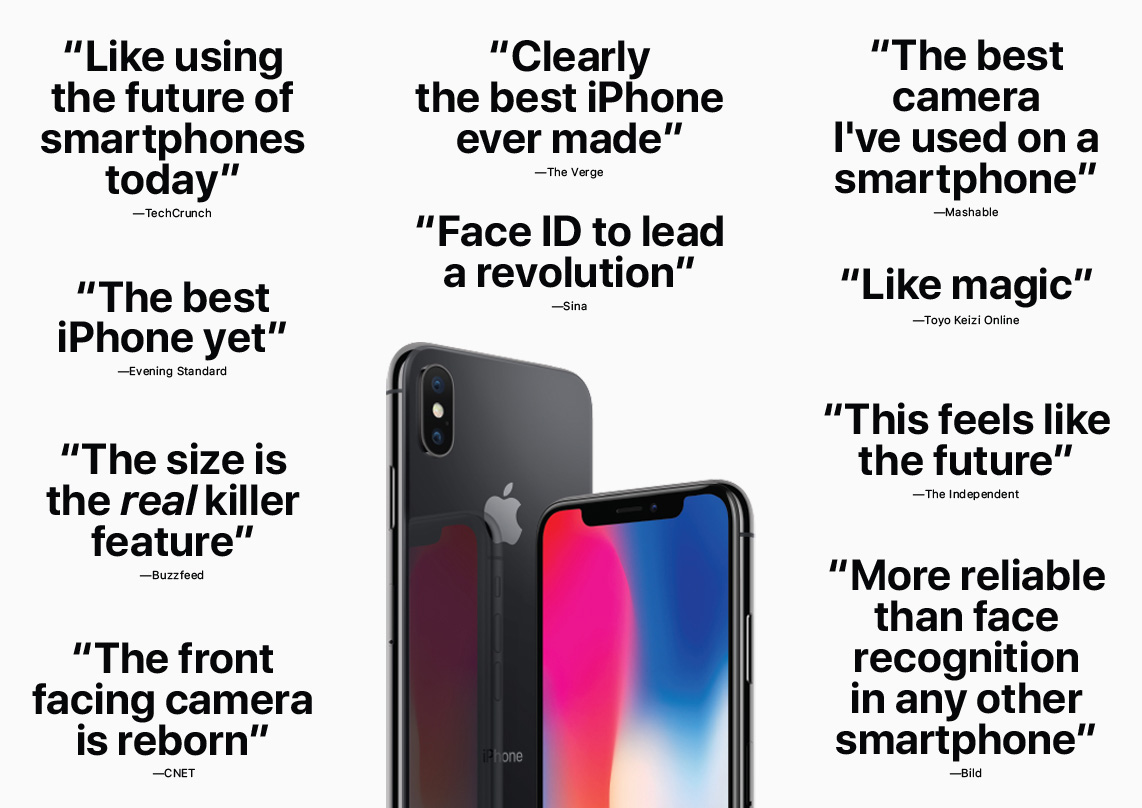 It has chosen to share iPhone X review quotes from publications like BuzzFeed, TechCrunch, a photography blog and a few selected international newspapers.

Notably, these quotes are not from YouTubers or non-traditional tech outlets.

This is probably to avoid being accused of copying Samsung, whose recent ad is a collage of best quotes from YouTubers praising the Infinity Display on the latest Galaxy phones.

Reviewers across the globe weighed in on iPhone X and its many new features.

But rather than dole out iPhone Xs to big name journalists like David Pogue, Apple sent review units to a few popular YouTubers who were given a full week to play with the device.

Other established outlets like The Wall Street Journal had less than 24 hours to use the phone before Apple’s restrictions on publishing reviews lifted Tuesday morning. The company also allowed Wired’s Steven Levy to publish his first impressions on iPhone X on Monday.

iPhone X will be available this Friday.