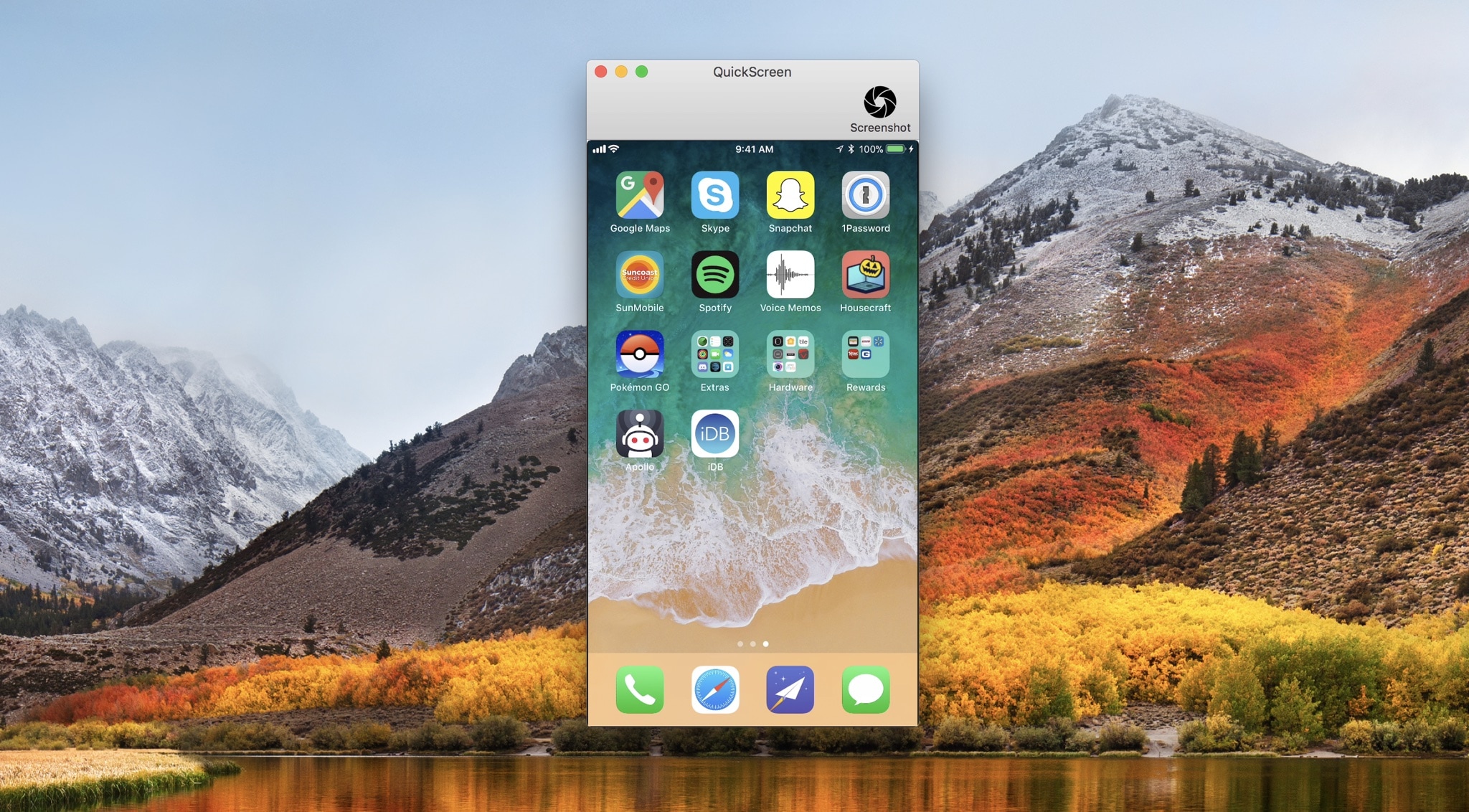 QuickScreen is a convenient new Mac utility by Frogg GmbH that lets you demo your iPhone’s screen directly on your computer’s display.

Designed with ease-of-use in mind, all you have to do to get started with QuickScreen is plug your iPhone or iPad into your machine with a MFi-certified Lightning cable, and the app detects its display automatically.

A live feed for iPhone presentations

Within seconds, you’ll notice a live feed of your mobile device’s screen on your Mac. Everything you do on the device gets broadcasted to your Mac via the tethered connection:

Presenters tasked with explaining to an audience how something is done on an iPhone or iPad would recognize the importance of this functionality, but the uses don’t stop there.

As you likely took note of already, a screenshot button occupies the top-right corner of the app’s window. Clicking it grabs a screenshot of your iPhone or iPad’s screen and lets you save it anywhere on your Mac: 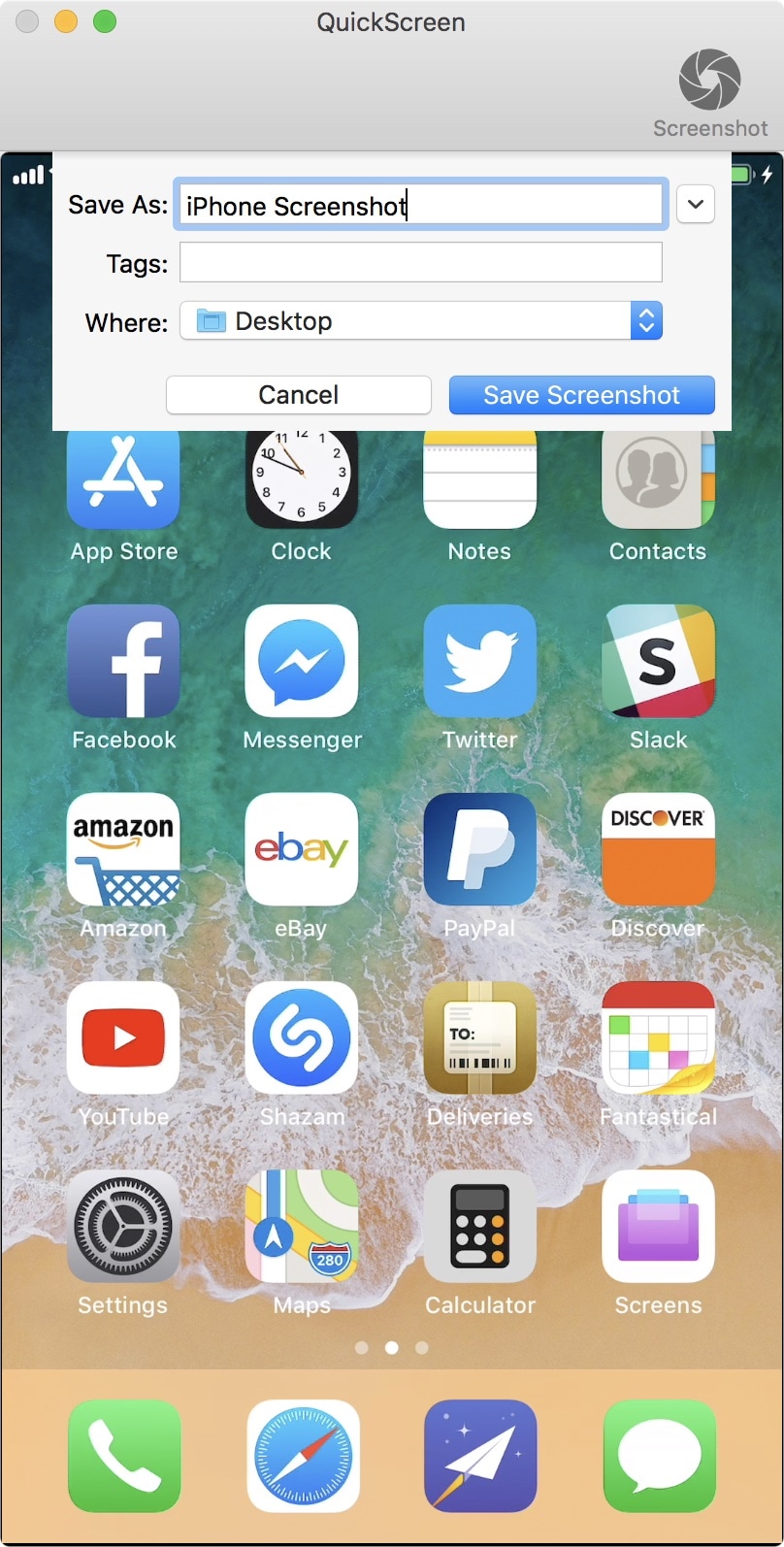 Even if you’re not into presenting, this feature alone is useful for grabbing iOS screenshots and saving them directly to your Mac. You get to skip cumbersome file transfers and deleting said screenshots from your Camera Roll later, which makes the entire process more convenient.

Anyone could take advantage of the screenshotting feature, but the QuickScreen developers cite startups as one of their core audiences. Notably, the app cleans up the Status Bar with generic filler information to make screenshots look more appealing, so it’s perfect for App Store app publishers.

Whether you’re a developer attempting to take good screenshots, a speaker presenting to an audience, or something else entirely, QuickScreen is an uncomplicated utility app that’s helpful to have in your software toolbox. The app is so simple that it doesn’t even have a single setting to configure.

Notably, your Mac’s native QuickTime app can detect iOS devices over a wired connection for display-recording, which gives you a live preview of the screen on your Mac similarly to QuickScreen. On the other hand, it doesn’t offer the handy screenshot function.

Additionally, unlike wireless display-mirroring apps, QuickScreen grants you the reliability of a wired connection, so you won’t experience unwanted jitter or lag.

If you’re interested in downloading QuickScreen for yourself, then you can grab it for free from the Mac App Store. It’s compatible with all 64-bit Macs running macOS High Sierra 10.13 or later.

What do you think about QuickScreen? Share your thoughts in the comments section below.