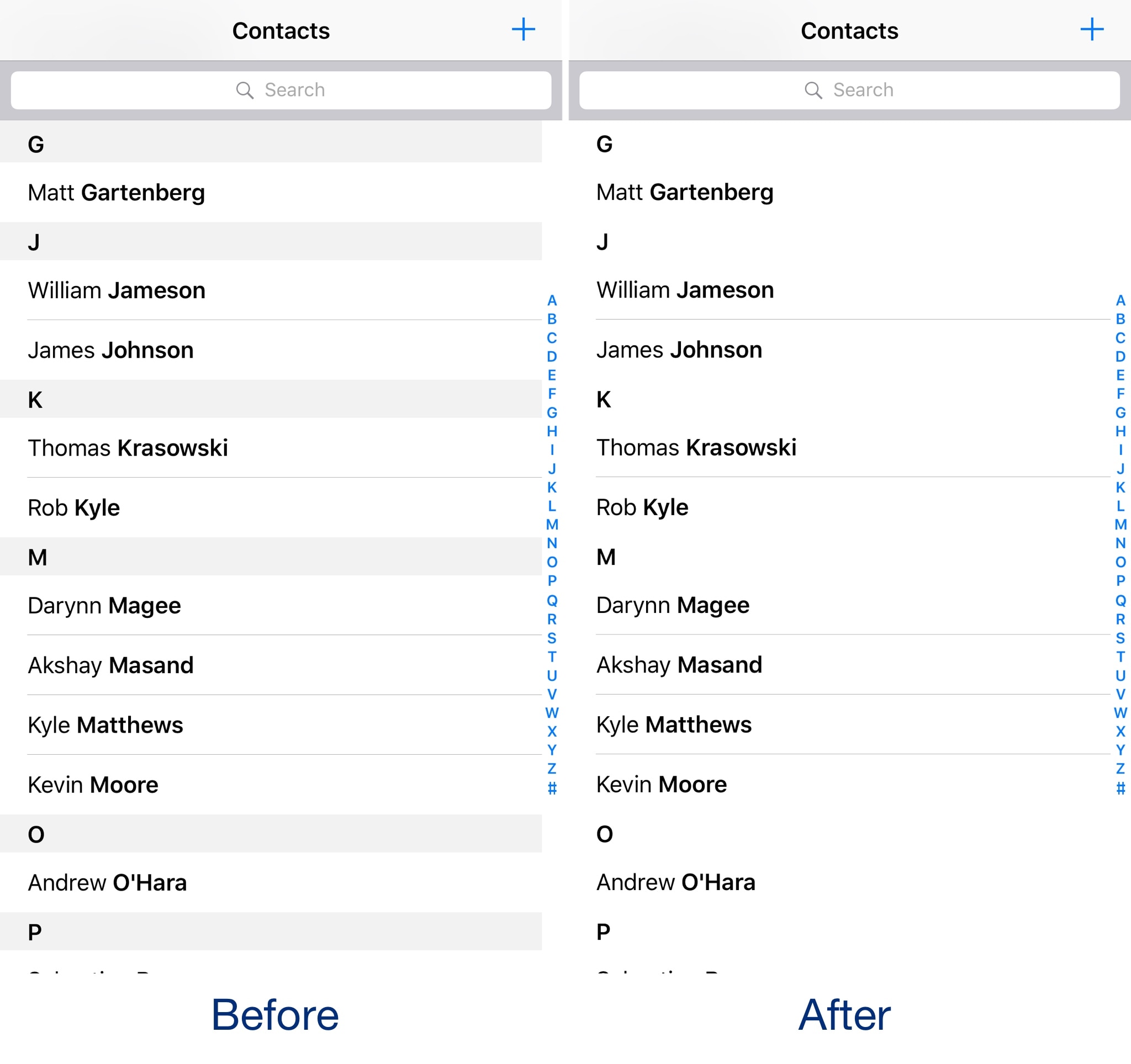 If you own an iPhone, then the native Contacts app is your go-to storage vault for all the contact information for friends and family. Out of the box, the app doesn’t look that bad. Nevertheless, tweak developers still come up with ways to tweak the interface ever so slightly.

One of the newest of such tweaks to hit the Cydia store is a new free jailbreak tweak called TinyContactView by iOS developer CydiaGeek. Once installed, parts of the native Contacts app UI vanish from sight.

In the screenshot illustrations above, you can see how TinyContactView influences the primary interface of the Contacts app. The tweak seems to remove all the gray section markers that differentiate one letter of the alphabet from the next in the alphabetically-organized list of names.

Below, another instance of TinyContactView’s functionality shows how the tweak eliminates profile pictures from individual contact cards: 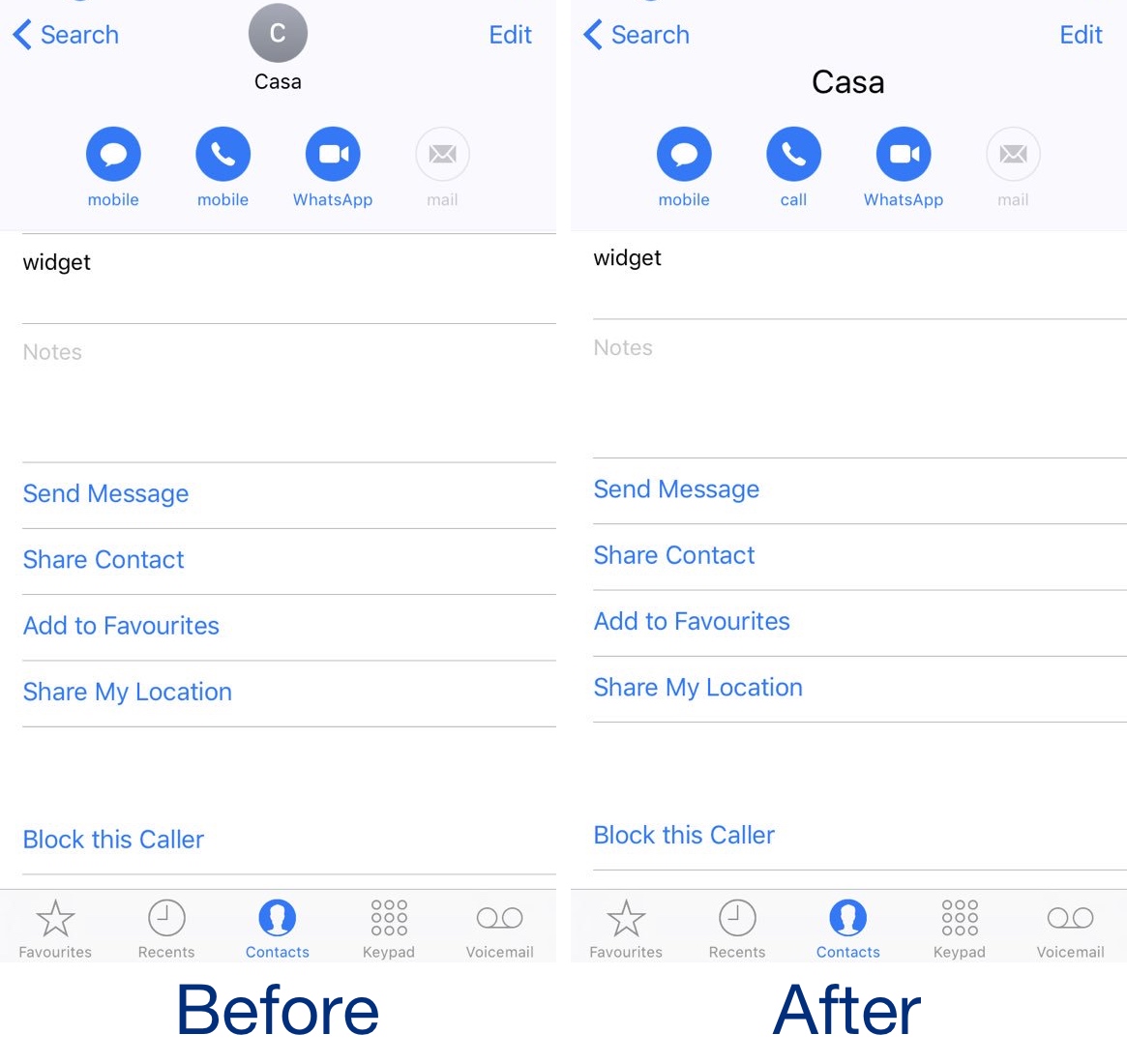 TinyContactView’s modifications are purely cosmetic and aren’t overly extravagant. The tweak’s goal of simplifying the Contacts app is undoubtedly satisfied, but the app doesn’t have much of a UI to lessen in the first place, underscoring the moot point behind its use.

If you’ve been looking for a way to lighten the load a little bit, then TinyContactView is a free download from Cydia and works on all jailbroken iOS 10 devices. It won’t be found on any of Cydia’s default repositories, so you’ll have to follow these steps to get it:

After performing all four steps, you should be able to locate and install TinyContactView by searching Cydia or reviewing the Changes tab once the app is done “Reloading Data.”

Will TinyContactView have a home on your jailbroken device? Share your thoughts in the comments section below.