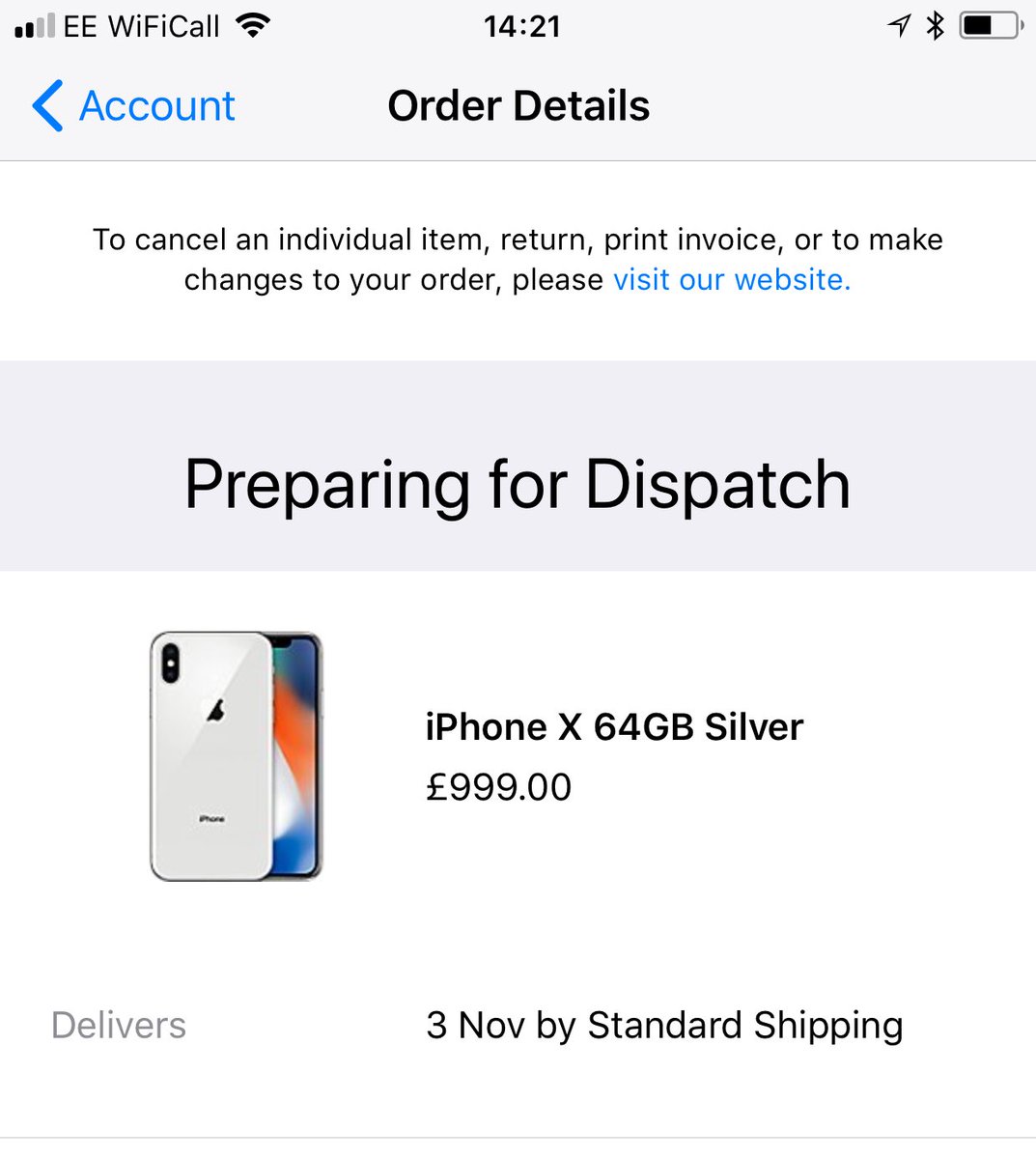 Some people who preordered their iPhone X early are now seeing their order’s status changed to “preparing for shipment/dispatch” ahead of November 3 launch.

Several users located in Europe noted in MacRumors’ forums that their order status has been changed recently to preparing for shipment or dispatch. When an order reaches that phase, it can no longer be changed or canceled.

No such order status changes were reported by US customers at post time.

Most products ordered through Apple’s online store ship directly from China. If you’ve received a notice saying your order is being prepared for dispatch, that doesn’t mean you were born under a lucky star and that the phone will arrive at your doorsteps earlier than expected.

iPhone X is officially arriving November 3, and that’s not changing.

The company prepares meticulously for an iPhone launch day—even if your iPhone X is leaving docks in China as we speak, it’ll be held up at the FedEx fulfillment center until November 3.

We’re expecting first iPhone X reviews to hit the web around Wednesday or Thursday next week. Apple usually lifts embargo on iPhone reviews 24-48 hours ahead of the official launch.

Due to time zone differences, customers in New Zealand and Australia will surely receive their iPhone X ahead of the rest of the world. Soon after the first orders arrive there, you’ll get your early unboxing videos from enthusiasts and an iPhone X teardown analysis from iFixit.

What’s the current status of your iPhone X order?

Let us know in the comments section below.