Apple ahead of iPhone X preorders this Friday, from 12:01am PDT, has revamped its homepage with a slew of animations touting the various features of the device.

The following key iPhone X features are being promoted:

Not only do iPhone 8, iPhone 8 Plus and iPhone X support inductive wireless charging that’s compatible with the ubiquitous Q1 standard, but Apple is also scheduled to release a dedicated multi-device charging mat and a wireless charging case for AirPods some time next year. 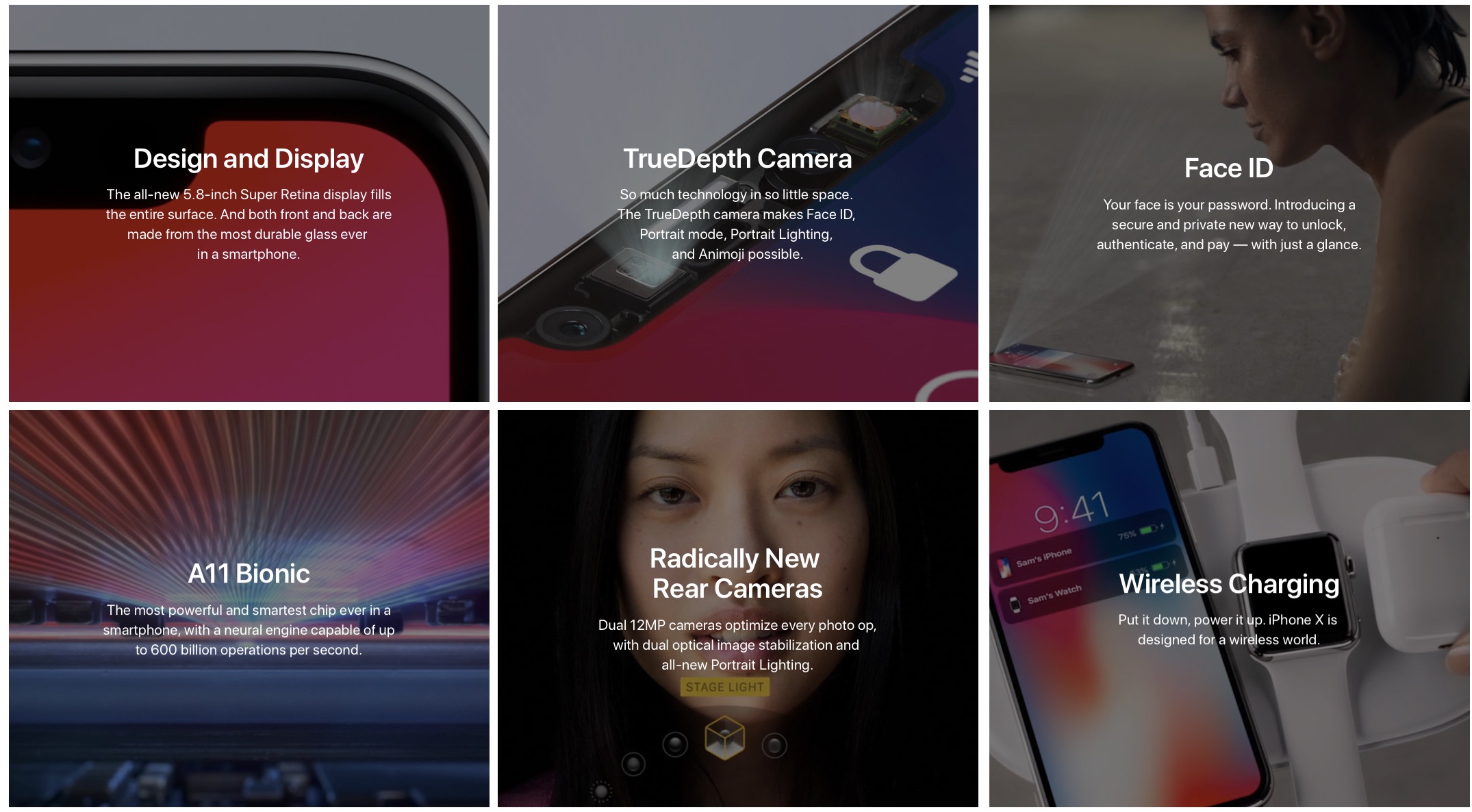 I generally don’t have any objections in terms of iPhone X marketing, but other people have noted that promoting iPhone X phone as an “all-screen” phone is not entirely accurate.

Apple’s former marketing executive Ken Segall says they’re playing loose with words and images to sell a product. “Of course we can see with our own eyes that iPhone X is not all-screen,” he wrote. “It has a noticeable edge around the entire display, which even Samsung’s Galaxy S8 does not have. And then there is ‘the notch’—the object of many a critic’s venom.”