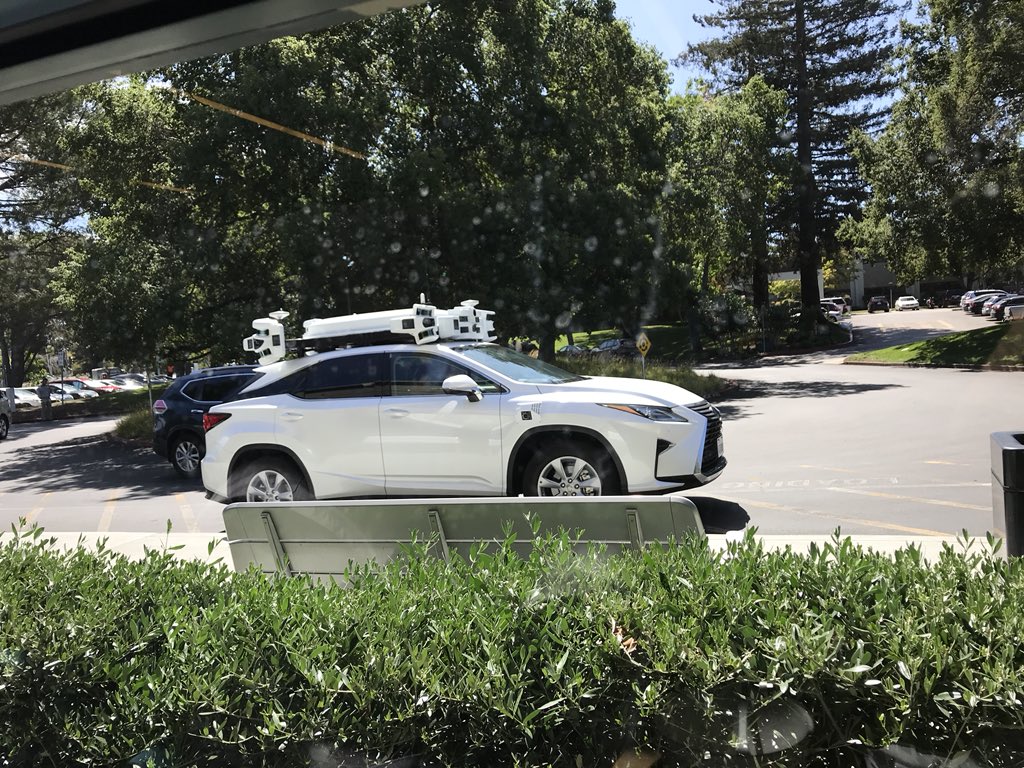 Here’s your closer look at Apple’s autonomous Lexus vehicle, courtesy of self-driving startup Voyage co-founder MacCallister Higgins who captured a video of the SUV and posted it to Twitter last night.

The Lexus SUV pictured on the photo is outfitted with six Velodyne-made LIDAR sensors used for depth mapping, plus several radar units and a bunch of third-party cameras.

These vehicles are usually spotted in the Sunnyvale area, where Apple was conducting all of its Project Titan research before the project was rebooted as a self-driving software platform.

The Verge notes that the vehicle looks much different than it did the last time we saw it. Previously, Apple tested its secret software using the older 2015 Lexus 450h SUV models.

Going to need more than 140 characters to go over ‘s Project Titan. I call it “The Thing” pic.twitter.com/sLDJd7iYSa

The reason for the bulkiness of equipment mounted at the top, especially compared with the latest iteration of Waymo’s self-driving minivan, is that the roof of Apple’s SUV also houses high-powered GPUs and other systems which analyze data gathered from the sensors.

With other self-driving firms, computers are typically loaded in the cars’ spacious trunks.

Tim Cook likes to repeat that Apple has “a large project going” in terms of autonomous systems, but so far we haven’t seen fruits of their efforts. The New York Times thinks Project Titan is now about an in-house shuttle service for employees, while Business Insider claims Apple is looking to license its self-driving software to players in the ride-hailing space.