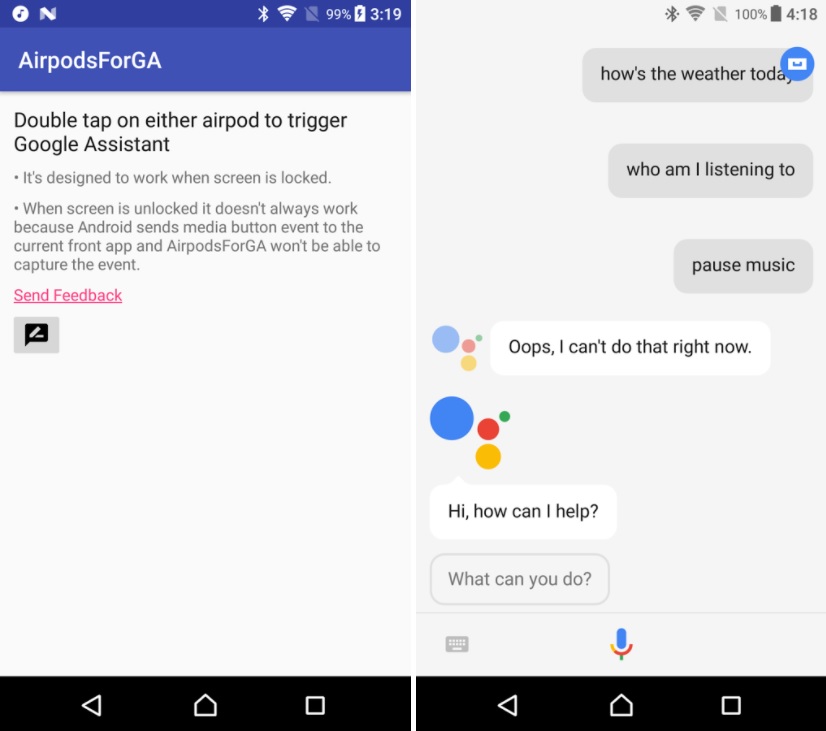 AirPods allow you to easily summon Siri just by double-tapping either earbud, and you can optionally assign other actions to each earpiece with specific controls such as Play, Pause, Next Track, Previous Track and more.

Although AirPods work on non-Apple devices, they behave like standard Bluetooth earbuds that don’t react to taps. Thanks to a new free app on Google’s Play Store, called AirPodsForGA, Android users can now invoke Google Assistant by double-tapping either AirPod.

TUTORIAL: How to customize your AirPods shortcuts

As noted by AndroidAuthority, the app runs in the background and allows you to take advantage of the double-tap gesture to activate Google Assistant on Android.

AirPodsForGA is free, doesn’t require root access and works even when the screen is locked so that you can invoke Google Assistant without pulling the phone out of your pocket.

According to reviews, there seem to be some compatibility issues with certain devices. Also, the app does not always work as intended if the screen is unlocked because Android may send a media button event to the current front app.