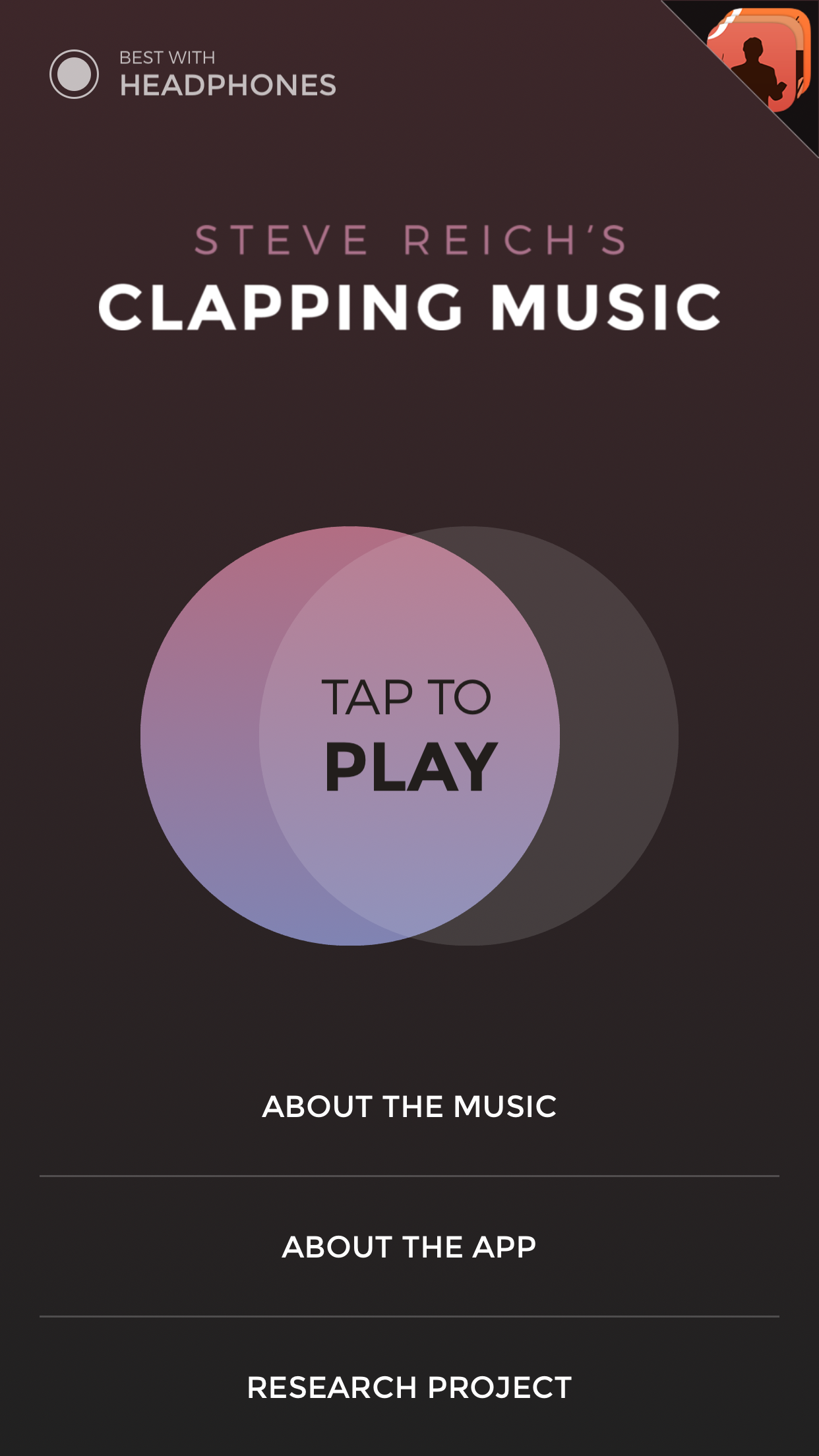 Today we feature an enjoyably challenging game that attempts to help you improve your rhythm by helping you learn and perform Steve Reich’s composition Clapping Music.

Steve Reich’s Clapping Music is a lesser known app that can be classified as a game as well as a musician’s tool. Composed by Steve Reich in 1972, Clapping Music is designed to be performed by two pairs of clapping hands. The premise may seem simple and the instrument may seem easy to use, but it is far more challenging than it seems.

Clapping Music, the piece of music on which the app is based, features a pattern of three beats, two beats, one beat, and two beats each separated by one silent beat. This pattern is represented within the gameplay of the app by dots representing beats. 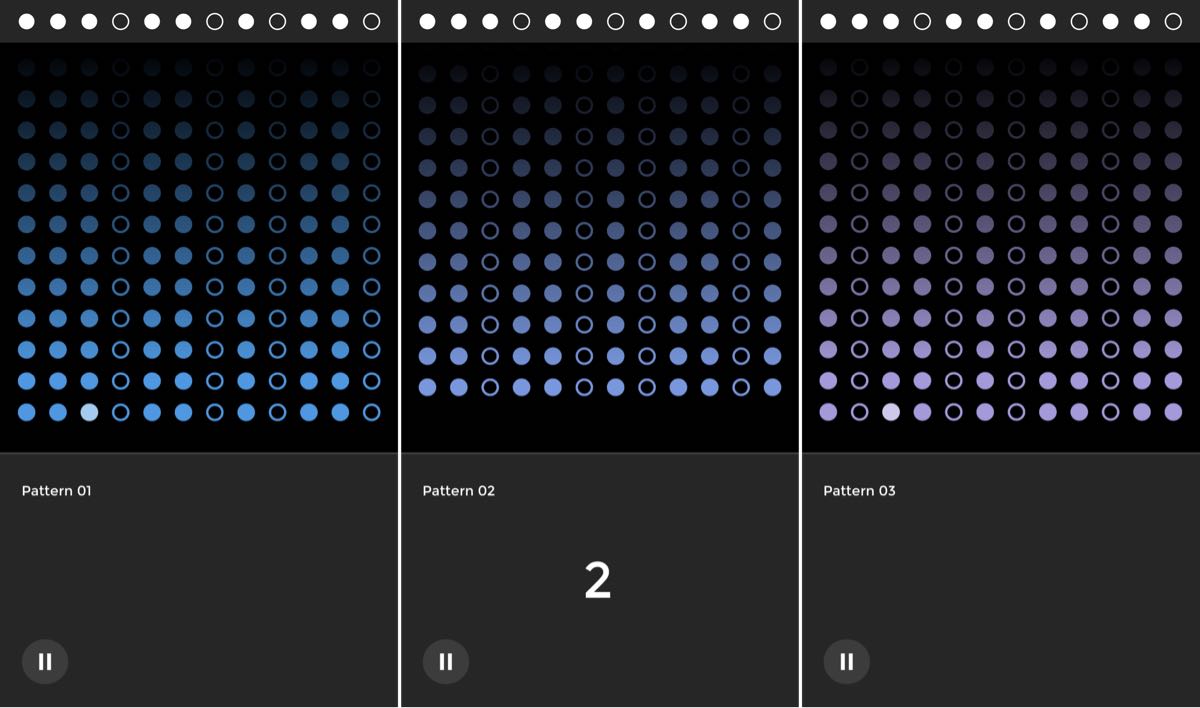 In the game, the app plays the fixed part (notated at the top of the app by white dots) while you are tasked with performing the part of the performer whose part shifts back a beat (represented in the center of the screen by blue dots). You do this by tapping on the screen to “clap” whenever the moving beat passes over a solid dot.

This all may sound quite complicated, but it is quite easy to understand once you try it. While it is easy to understand, it can be challenging for musical novices and even moderately experienced musicians to execute. I have struggled on the easiest of the three difficulties to adequately perform the piece.

It will not serve as motivation to everyone, but if a difficult challenge keeps you motivated to play games on iOS or on any platform, there is a fair chance Clapping Music will keep you coming back for more in an effort to improve. Conversely, if you are easily frustrated by seemingly over-difficult games, this one might drive you mad. It is not for everyone, but it is a fascinating experience for many.

My time with the app has been almost completely bug free, but the one bug I did experience was maddening and made the core experience of the app unusable. During one play session, the app seemed to register my taps slightly later than they were supposed to.

In a game based entire on rhythmic accuracy, you can imagine that this made for an unpleasant experience. This only happened once during my time with the app, and I cannot say for sure if it was an app issue or an issue with my device. It is something to keep in mind, but so far it has only been a one-time issue.

The idea for this app was developed by London Sinfonietta and produced along with the help of Amphio and the University of Queen Mary of London. You can read all about these organizations within the lengthy information of the app. During my time with it, it has been incredibly clear how much this app has improved my sense of rhythm. I am a casual collegiate musician, and Clapping Music has served as a form of helpful rhythmic practice as well as a fun game.

Even if you do not perform music on a regular basis, you can still enjoy many hours of tapping away to the infectious sounds of Steve Reich’s Clapping Music. For more information on this app, you can visit the official website. Clapping Music is available as a free download on the App Store for iPhone and iPad.

Are you going to give Clapping Music a try? What are some other music apps you enjoy? Let us know in the comments.