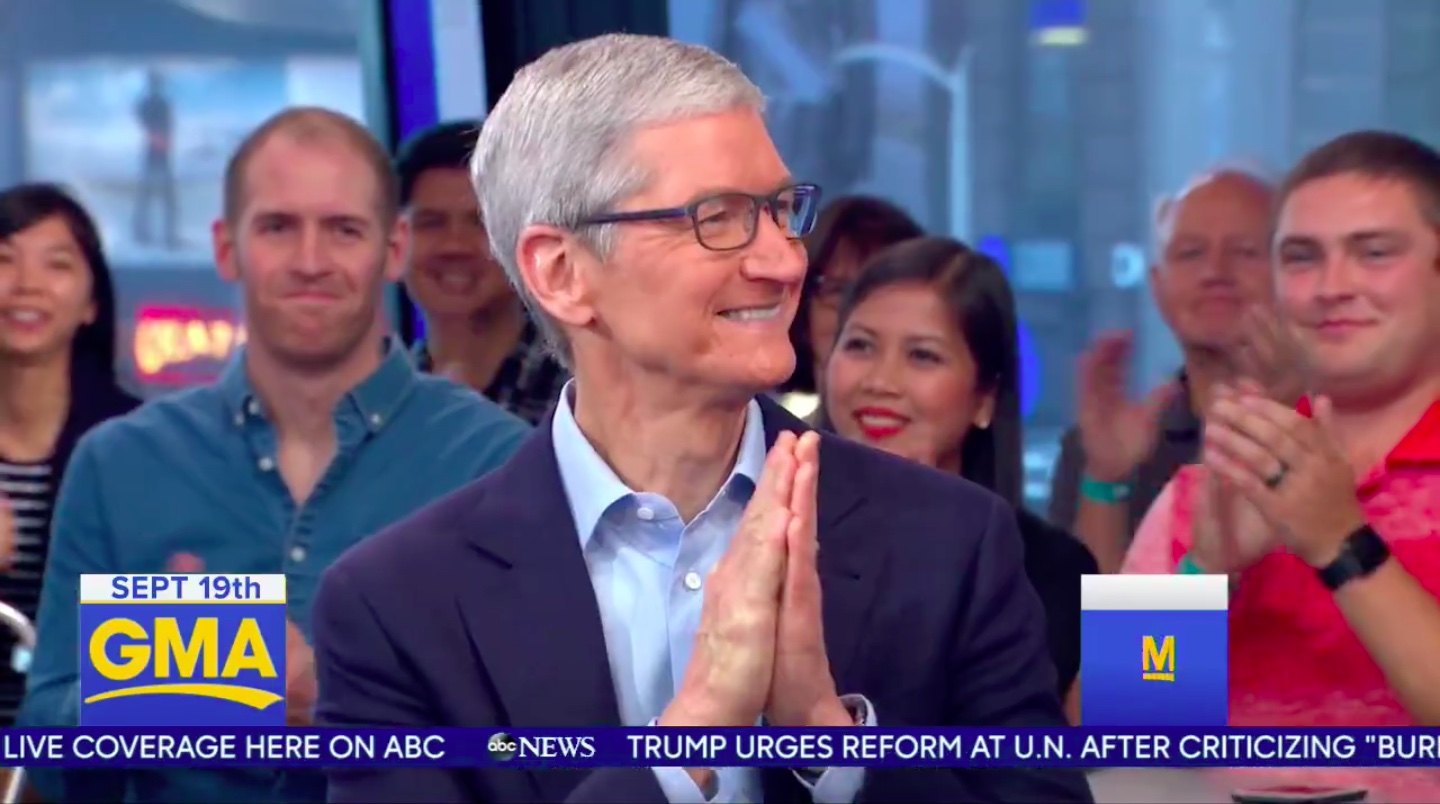 Apple CEO Tim Cook sat down with Robin Roberts of ABC’s “Good Morning America” show earlier this morning to discuss a few topics of interests such as the launch of the major iOS 11 software update, Apple’s $999 price tag for the new iPhone X and more.

Today’s release of iOS 11 and ARKit is “a day to remember,” he told Roberts.

Commenting on ARKit, the CEO said that Apple’s latest developer framework in iOS 11 is “taking the complex and making it simple” for developers to build immersive augmented reality experiences for iPhone and iPad.

This is what Apple is so fantastic at.

And the thing that is very different about Apple is that, in one day, we can make augmented reality available for hundreds of millions of people.

iOS 11 is a “huge” addition to the ecosystem that’ll be “unbelievable” for users. The interview runs nine minutes long and I’ve embedded it below for your viewing pleasure.

He called the $999 price tag for iPhone X “a value price” for the features and advanced technologies they’ve been able to cram into that handset. “Very few people” will pay for their iPhone X upfront due to carrier subsidies and various installment plans, he added.

Once you place your face in the phone, it’s in the phone. Apple doesn’t have it. We’ve encrypted it on your device. You make the decisions about who has it, not us.

We believe that privacy is very important in this world that there are hackers everywhere trying to steal your information. We want it to be yours. It is not ours.

On Trump’s talks with Democrats to protect the status of Dreamers, the thousands of young unauthorized immigrants brought to the US as children, 250 of whom are Apple employees:

I think it’s really important for everybody to understand, these folks came to the country when they were very young. These kids, if you talk to them, they deeply love this country. They have great jobs. They pay taxes. These guys are our neighbors.

You can also watch the full interview on the show’s Facebook page.