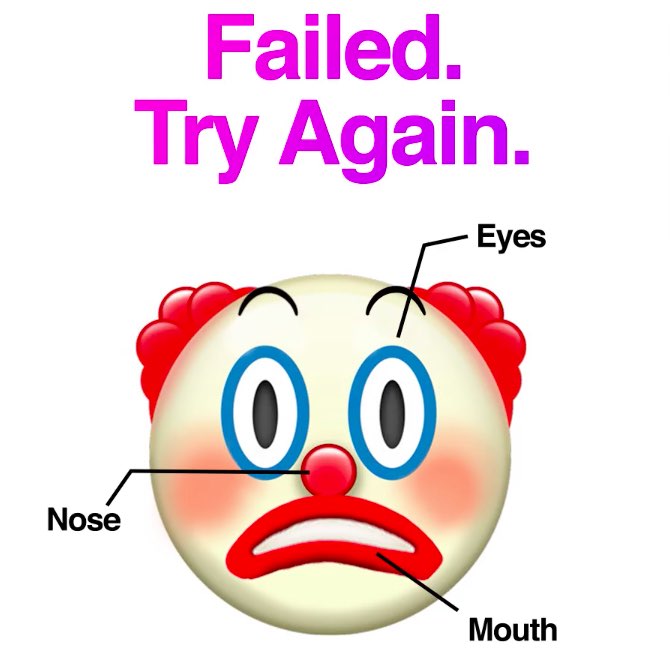 Huawei has readily jumped on the opportunity to take swipe at Apple’s flubbed Face ID demonstration during the iPhone X keynote last Tuesday, promising that its upcoming Mate 10 device will be “the real AI phone.”

The Chinese company posted a pretty cringe-worthy video on its Facebook page, depicting a clown emoji that changes its expressions from smiling to sad, suggesting a failed face match.

The forthcoming Mate 10 device is said to use Huawei’s latest Kirin 970 chipset that comes with its own “Neural Processing Unit” or NPU. The phone will be unveiled on October 16.

As we reported, there was actually no glitch during the Face ID demo.

What happened was Apple employees who clean demo units had inadvertently caused the phones to unsuccessfully attempt to log in five times, which threw off Face ID during Federighi’s onstage demo of iPhone X and caused the phone to require a passcode.

I’m not sure Huawei needs such childish mocking, but I’m sure Apple will get the last laugh.

Apple certainly is not the first to implement facial recognition on a phone but I think it’s fair to say that no Android phone manufacturer has ever implemented a seamless facial recognition based on depth perception and a dedicated infrared camera like Apple did.

Unlike Apple’s Face ID system, devices like Galaxy S8 and Note 8 simply compare a 2D facial scan taken with a front-facing camera against one or more saved faces. Such systems can be easily spoofed by something as simple as a photo or Facebook profile pic of a genuine user.

I mean, why ship facial recognition if it can be easily spoofed with a photo?