iPhone X’s headlining feature is a new depth-sensing facial recognition capability afforded by a TrueDepth camera system hidden in the notch at the top of the OLED display.

But Apple appears to have flubbed its first demo of that important post-Touch ID technology during yesterday’s keynote at the Steve Jobs Theater, putting its software engineering chief Craig Federighi, who was demoing the feature, in an awkward situation.

People who have taken a closer look at the footage have observed that it likely wasn’t Federighi’s fault because he picked up a phone that appeared to had just been restarted. As you know, for security reasons, after an iPhone is restarted the system always requires that the user punch in a passcode before Touch ID or Face ID is enabled.

If you watch the video intently, you’ll notice that there’s a message on the screen saying “Your passcode is required to enable Face ID,” indicating Face ID might not have been authorized with a passcode after the phone was restarted.

Most of the reviews I’ve seen online sing praises for Face ID, noting that the feature “just works,” but we’ll of course have to wait until iPhone X arrives and we stress-test the feature under various conditions to see how well it really works.

In the meantime, here’s a much better example of Face ID in action.

In the video embedded below, 9to5Mac’s Jordan Kahn is given a quick demo of Face ID by an Apple employee in a hands-on area after the keynote. As you can see for yourself, Face ID works without any hiccups and unlocks the device in an instant.

Apple says the chance of someone unlocking your iPhone X with their face is one in a million. By contrast, the odds of someone cracking Touch ID by having a fingerprint similar enough to yours are about 1 in 50,000, as per the company.

Face ID takes advantage of the new depth-sensing camera system on the front face of the phone which shoots 30,000 invisible dots onto your face. They’re picked up by an infrared camera that builds your unique facial map, using artificial intelligence to verify it’s you. 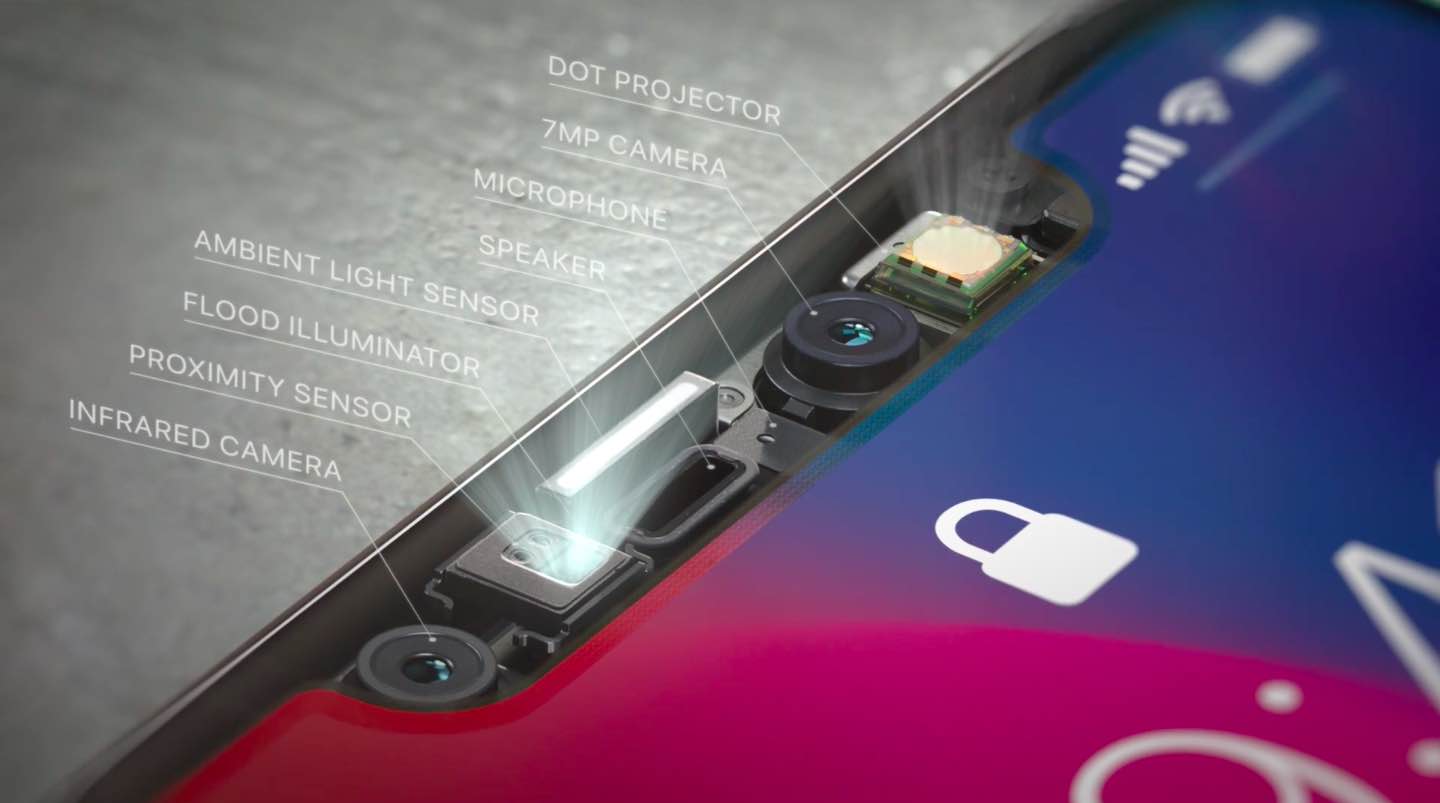 Your facial map is stored encrypted and safely walled off from the rest of the system inside the Secure Enclave portion of the A11 Bionic chip, like Touch ID.

A girl has no Home Button. #FaceID #iPhoneX pic.twitter.com/4U807gBciT

They’ve created some very realistic recreations of human faces that Apple says couldn’t bypass Face ID. According to the company, if you do have an evil twin you should use passcode security instead.

What are your thoughts on Face ID thus far?