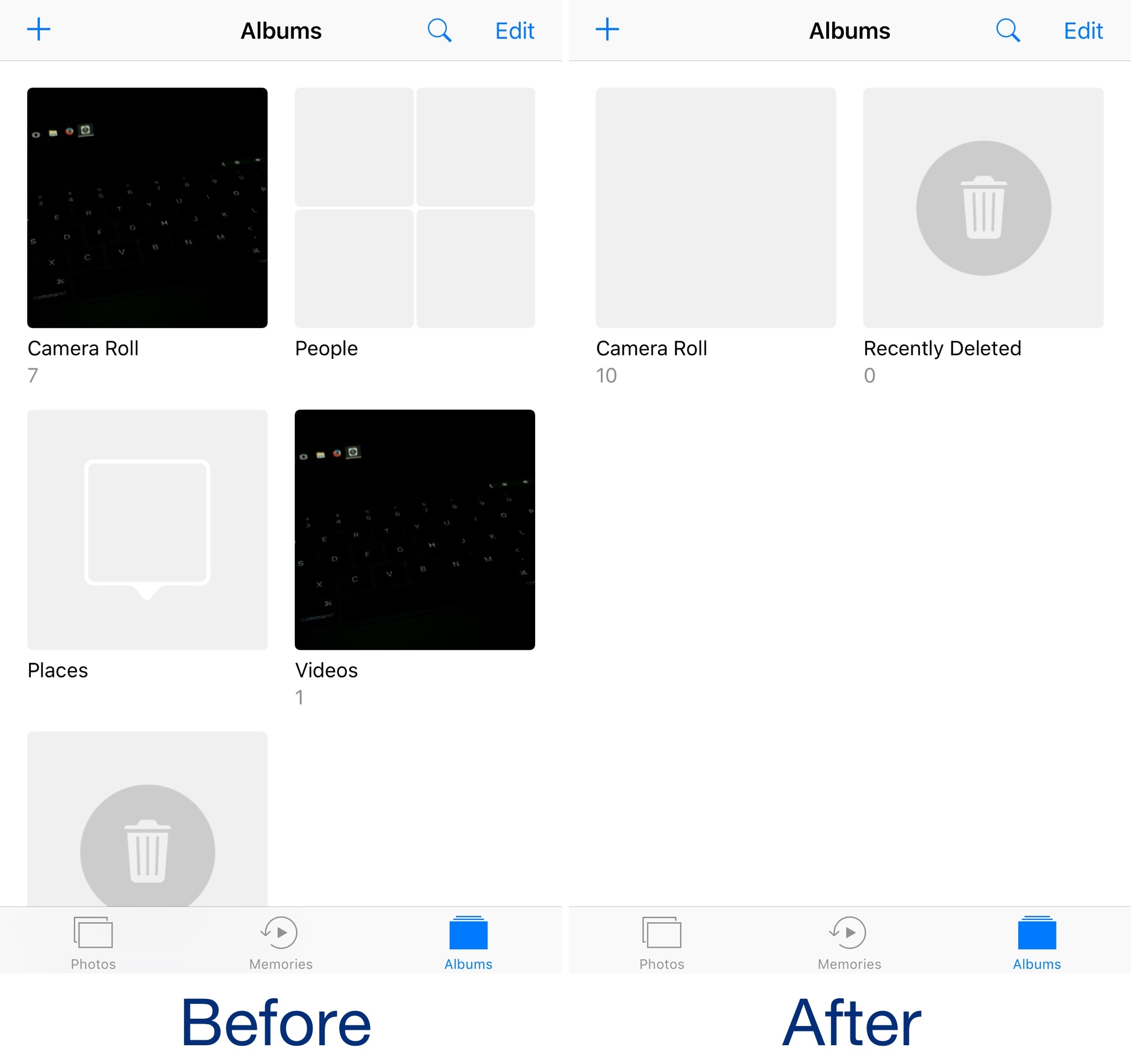 As Apple expands upon the Photos app with each new iteration of iOS, it becomes cluttered with extraneous features that many users have no intention of using. Among those are the bevy of sorting albums that break down the contents of your Camera Roll.

Although some embrace the automatic album sorting, others prefer the manual control they had in older versions of iOS. If you fall into the latter category, then a new free jailbreak tweak called DenyPhotoAlbums by iOS developer CydiaGeek might be worth checking out.

Once installed, DenyPhotoAlbums lets you hide the extraneous albums that iOS automatically creates for you as different forms of media populate in your Camera Roll.

The tweak can hide some of the generic album types, like Videos, Selfies, Panoramas, and Screenshots right off the bat, but it also provides fine-grained control over the presence of advanced album types, like People, Places, Recently Deleted, and Preview Photo.

You’ll find a preference pane for DenyPhotoAlbums in the Settings app where you can configure the tweak to your unique needs: 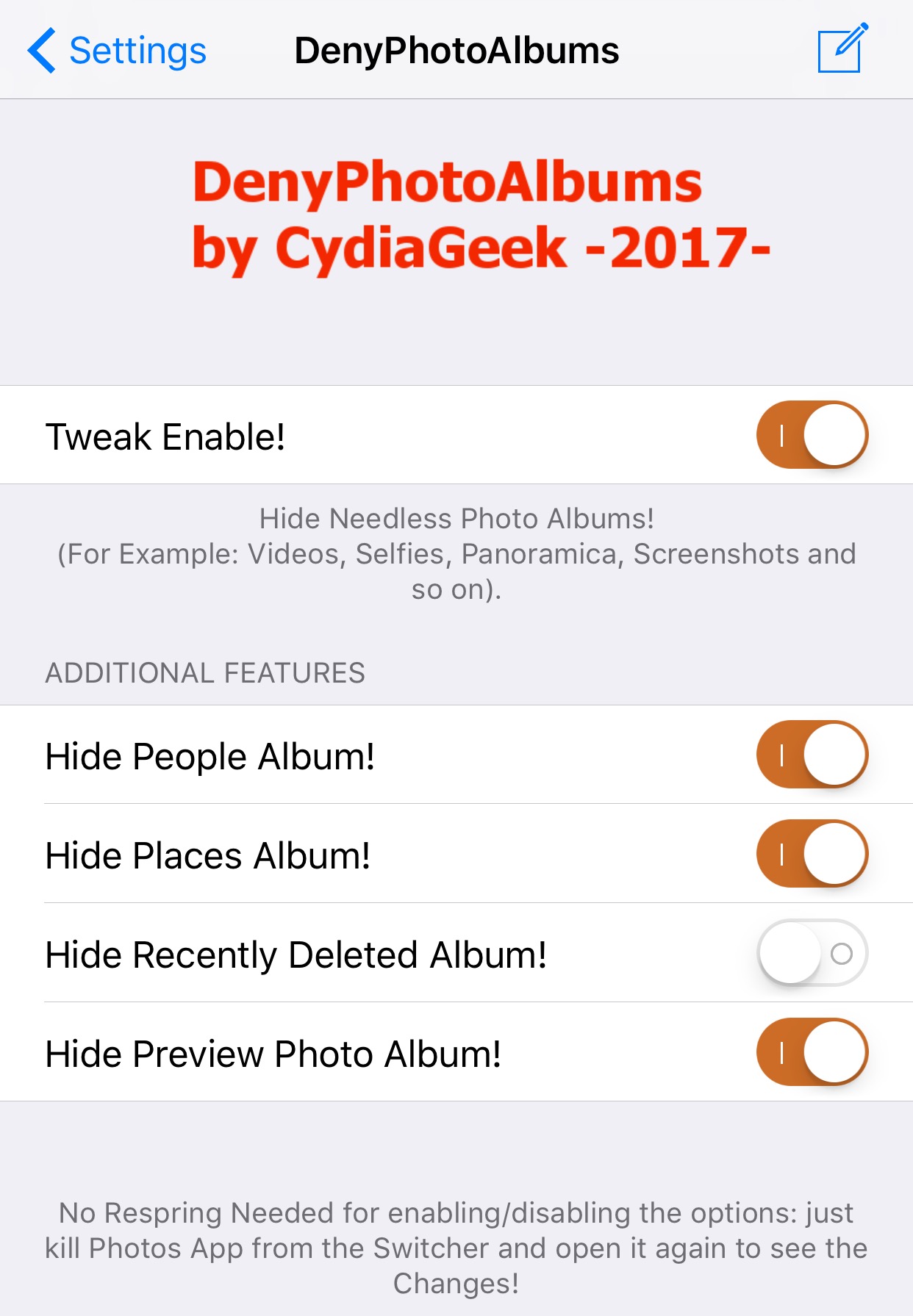 Respringing your device isn’t necessary to save your changes, but you might want to kill the Photos app via the App Switcher and restart it just for good measure.

If you would prefer that iOS didn’t automatically clutter the album view in your Photos app with albums you might not use, then DenyPhotoAlbums is an excellent way to keep that from happening and manually control which albums appear and which ones don’t.

You can download DenyPhotoAlbums for free from Cydia’s BigBoss repository, and the tweak works on all jailbroken iOS 10 devices.

What are your thoughts about hiding the extraneous albums you never use from your Photos app? Share in the comments below!