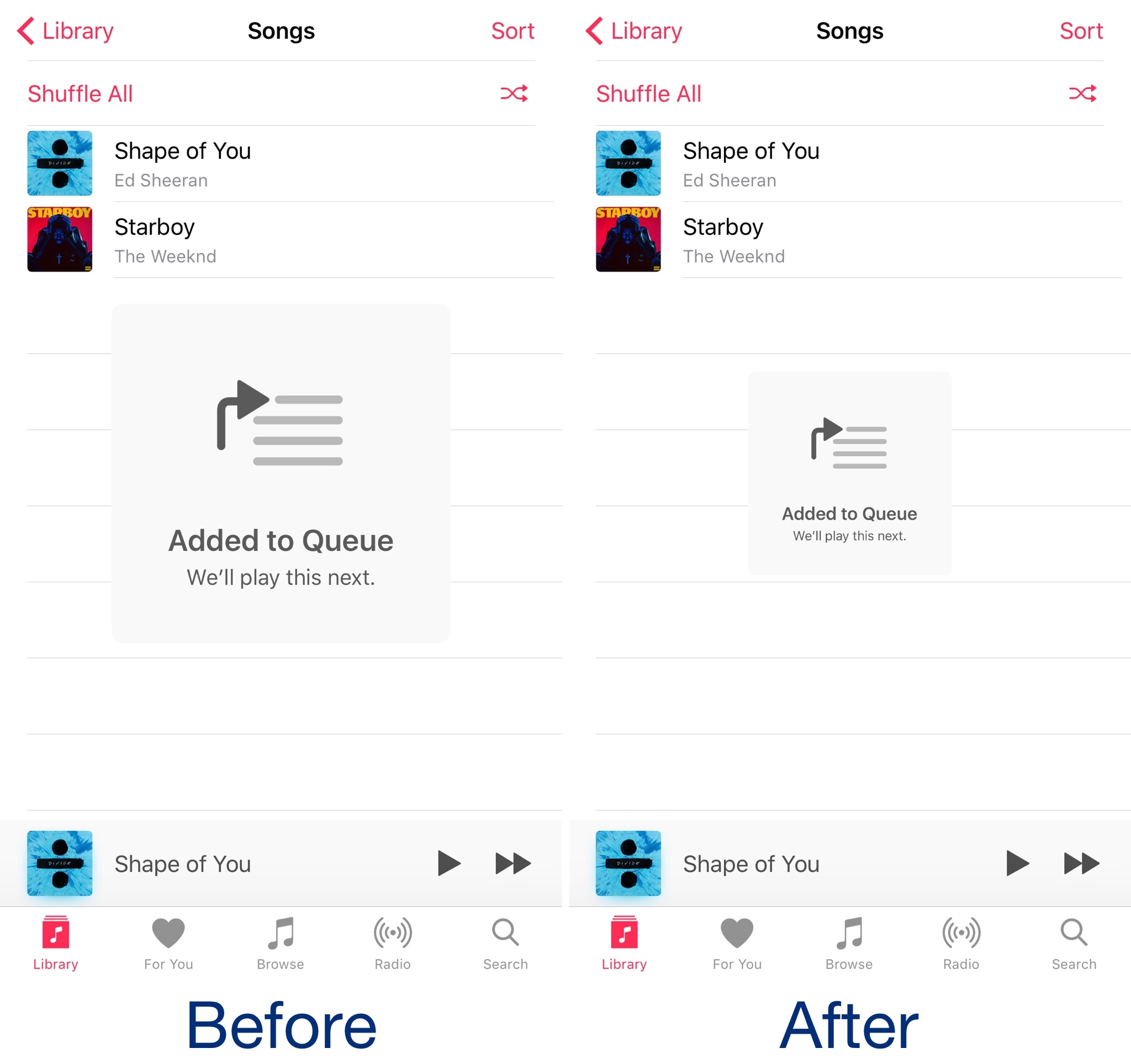 When you perform certain actions in Apple’s Music app, such as queueing a song to play next, a massive alert pops up that’s nearly as intrusive as the stock volume HUD is.

A new free jailbreak tweak called MusicAlertsSmallerPlz by iOS developer HiDan works to shrink those alerts to a more comfortable size to help keep them out of your way as you use the Music app.

As shown above, you can produce dramatic changes with MusicAlertsSmallerPlz. Notably, the tweak is configurable, so your results may vary from what you see above.

To configure MusicAlertsSmallerPlz, you need only visit the preference pane in the Settings app: 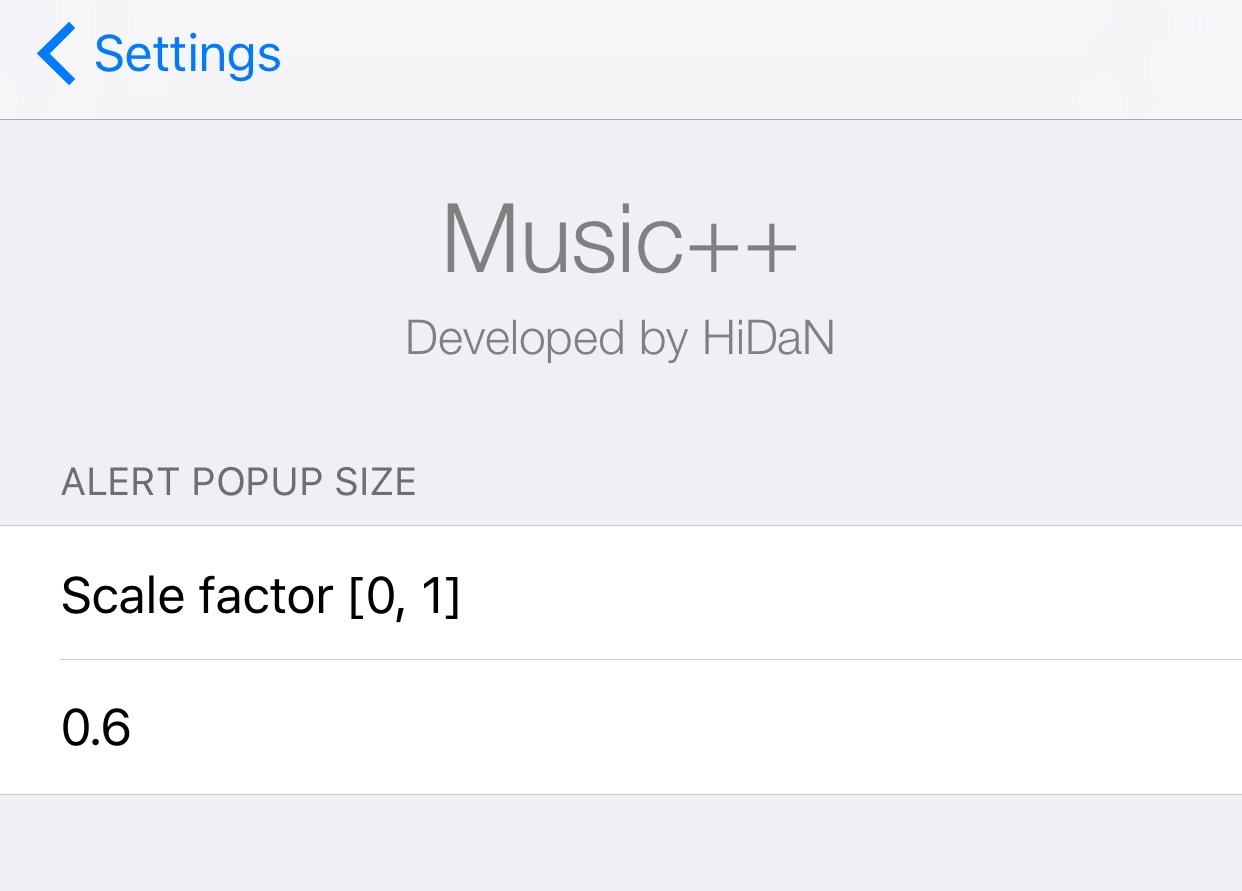 Here, you can set up a custom scale factor. The default setting is 0.6x the typical size, but you can enter your own figures until you find something more comfortable for you. In my case, the default setting made enough of an impact, so I left it alone.

Worthy of note, a respring isn’t needed to save your changes. After entering a custom scale factor, your settings should take effect immediately. If they don’t, just kill the Music app from the App Switcher, restart it, and that should take care of it.

Since I use the Spotify Music app instead of Apple’s Music app for my own music-streaming needs, I don’t see these alerts very often. On the other hand, I immediately felt like they were too large after I saw them for the first time, so I have to side with the developer on this one.

MusicAlertsSmallerPlz could be useful for those who take advantage of certain features in the Music app and come across these alerts often. On the other hand, cosmetics aren’t always at the top of everyone’s to-do list when it comes to jailbreaking, so the problem might be a moot point for some.

If you’re interested in trying MusicAlertsSmallerPlz, the tweak can be downloaded for free from Cydia’s BigBoss repository. Moreover, the tweak works on all jailbroken iOS 10 devices.

Do you like the idea of being able to adjust the size of your Music app’s alert pop-ups? Share in the comments section below.