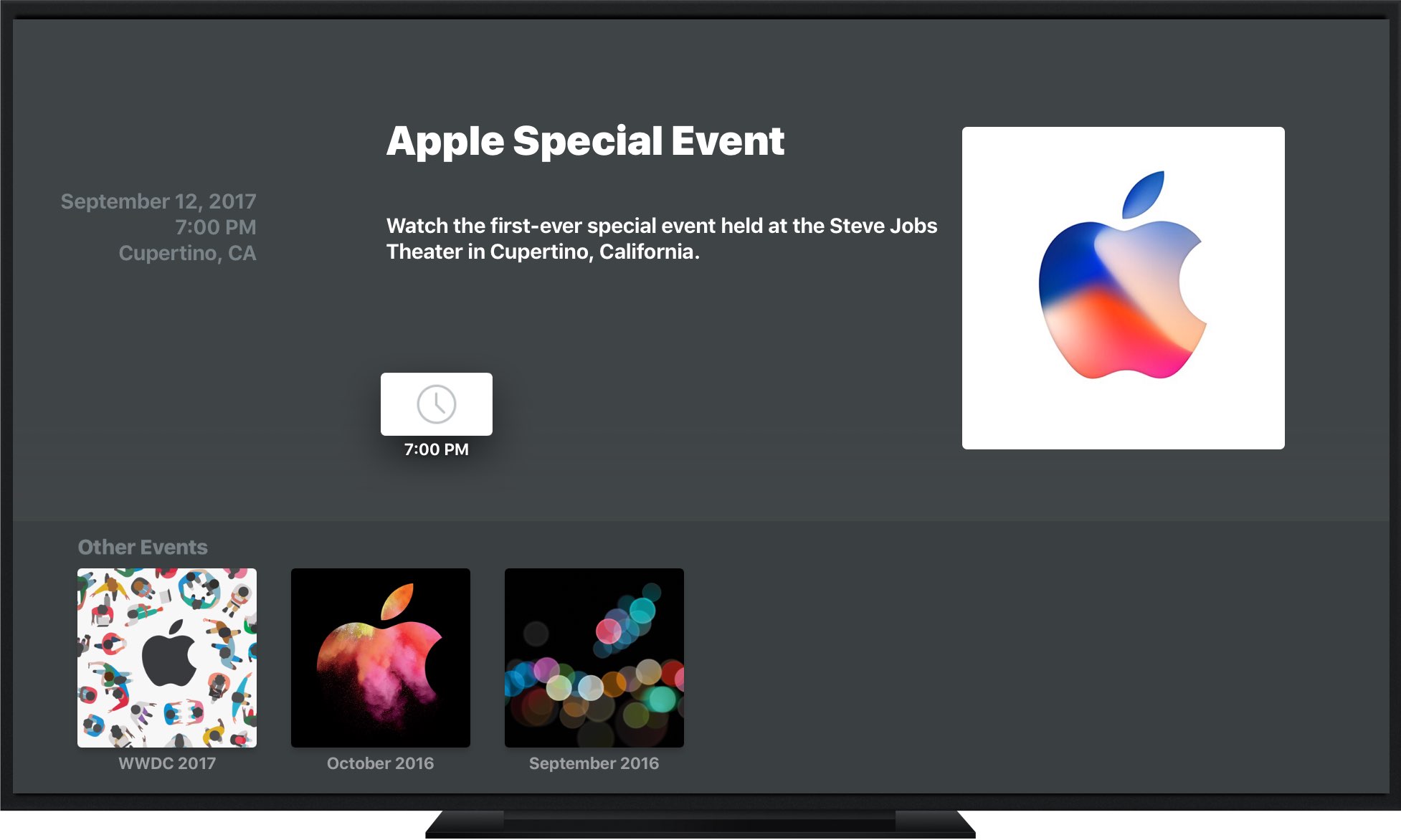 A fifth-generation Apple TV with support for 4K video output and streaming will be most likely announced next Tuesday alongside new iPhones and we now have a better idea about the 4K streaming requirements and resolution standards that the device will support.

According to the leak, the device will render its interface in 4K via @2x Retina scaling.

4K streaming will require a 15Mbps broadband connection, according to automated hardware troubleshooting responses that yield the text, “Your Internet connection speed might have dropped below 15Mpbs, or there could be a problem with your home network.”

Lastly, the hardware will support a variety of color formats. We already know that Dolby Vision, HDR10 and HLG (Hybrid Log-Gamma) video formats are in tow to ensure compatibility with a wide range of modern television sets, and now Stroughton-Smith has discovered mentions of additional color formats, like chroma subsampling.

As noted previously, the company is now readying 4K HDR movies on iTunes that it will probably announce alongside the next Apple TV hardware.

Stay tuned for other potential discovers ahead of Tuesday’s keynote.