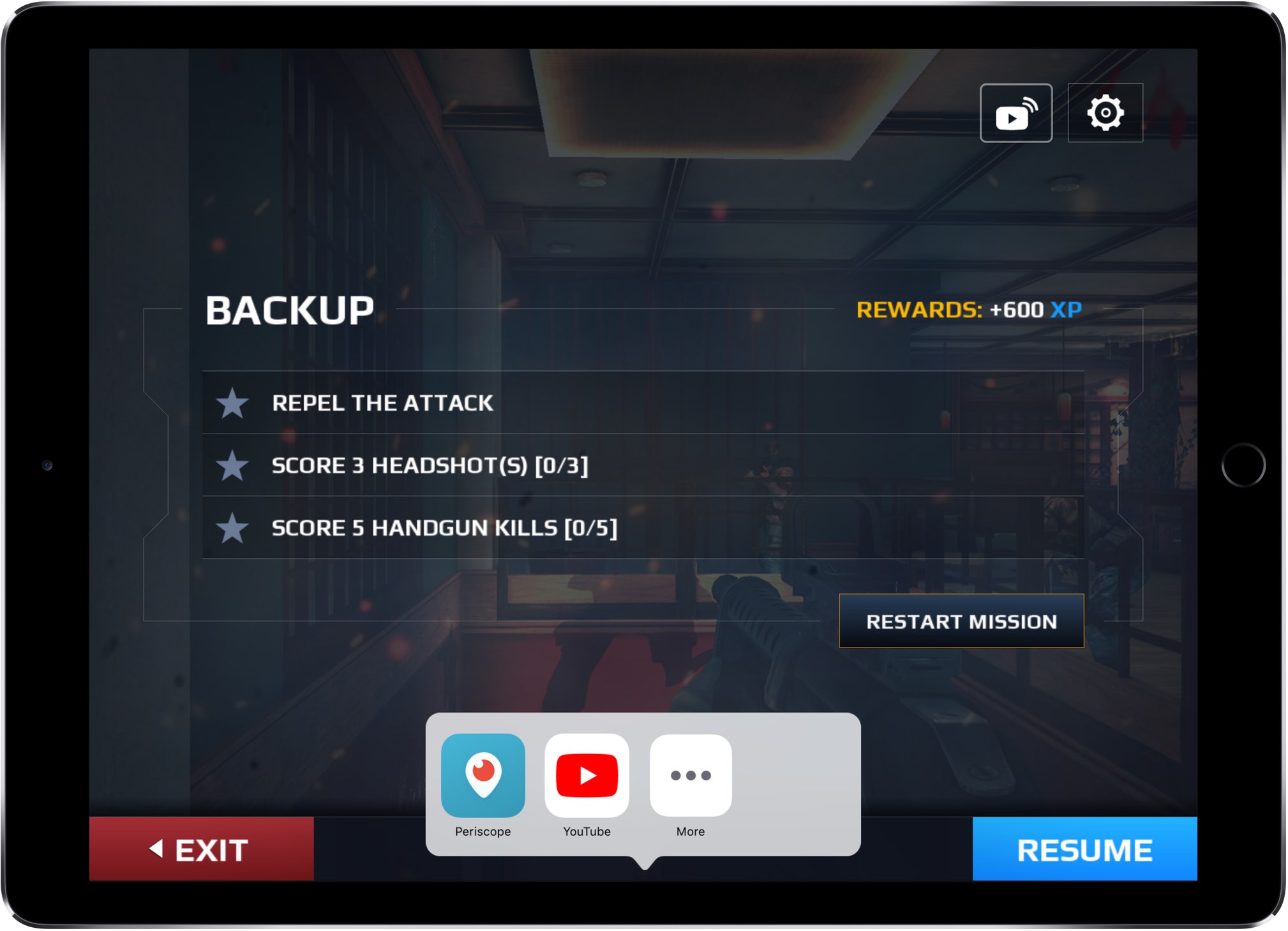 Google today updated its mobile YouTube app for iPhone and iPad with support for live streaming via ReplayKit, Apple’s framework introduced in iOS 9 and tvOS 10 that lets you record or stream video from supported apps and games and audio from the microphone.

The feature was previously available to those on Android.

The app’s version number was bumped to 12.35 this morning, with release notes stating that the update “includes support for live streaming with Apple’s ReplayKit.” According to TechCrunch, the refreshed software also makes it easier to moderate chat.

Enabling ultra low-latency makes it possible to stream video with just a couple seconds of latency, so you’ll be able to answer fan questions and get viewer input during your “Let’s Plays” faster than ever before. It’s easy to set up and doesn’t require any special software or encoders to work.

As a bonus, chats can now be paused with a keyboard shortcut and there’s a new opt-in toggle to use YouTube’s automated chat moderation system that will flag and hold potentially inappropriate messages until they can be reviewed.

Visit the official YouTube blog for details on the new chat moderation tools.

To record your gaming playback and commentary for saving and sharing online, refer to your app’s or game’s manual. ReplayKit is supported in a limited number of apps and games so be sure to pore over the App Store descriptions to verify that your app supports ReplayKit.

For guidance, some of the most popular iOS games are ReplayKit-compatible, like Modern Combat 5: Blackout, Star Trek Timelines, Goat Simulator, Lumino City, Into The Dead and more.

I tested live streaming to YouTube in Gameloft’s Modern Combat 5.

Upon launching this great first-person shooter and starting a new mission, I paused action and tapped the broadcast icon in the top-right corner. From the popup menu, I chose YouTube which wasn’t on the list before today’s update. 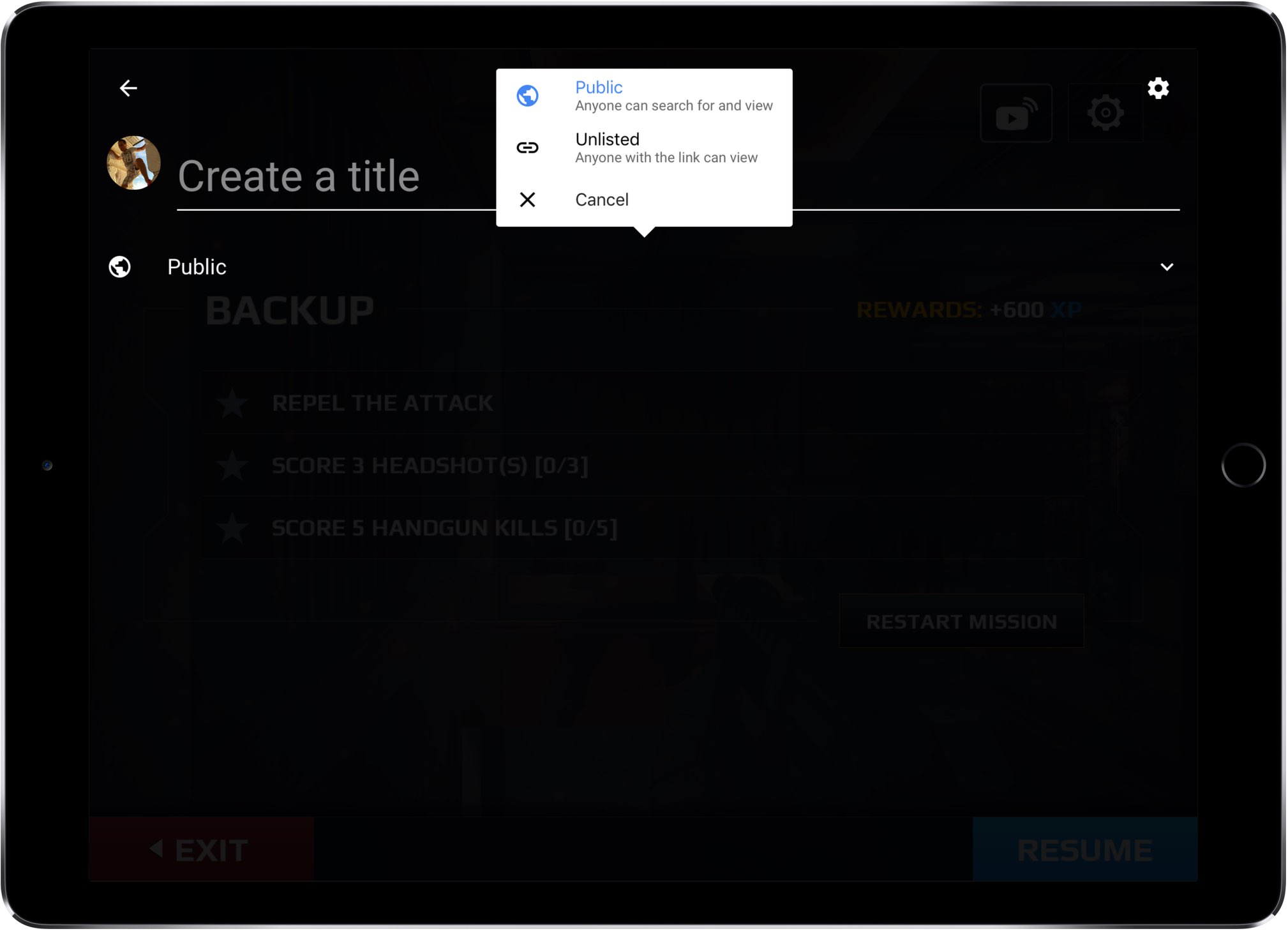 Confirming that I would like to start a live broadcast session, I arrived on a new screen allowing me to name my broadcast, set its visibility (Public or Unlisted), add a description and further adjust some options such as chat, age restriction, monetization and more.

During the broadcast session, you can use your device’s microphone and front-facing camera to add your own video and audio commentary to the stream. After the stream ends, visit YouTube’s Video Manager to review the archived video on your channel, change the privacy settings and adjust other options like you normally would. 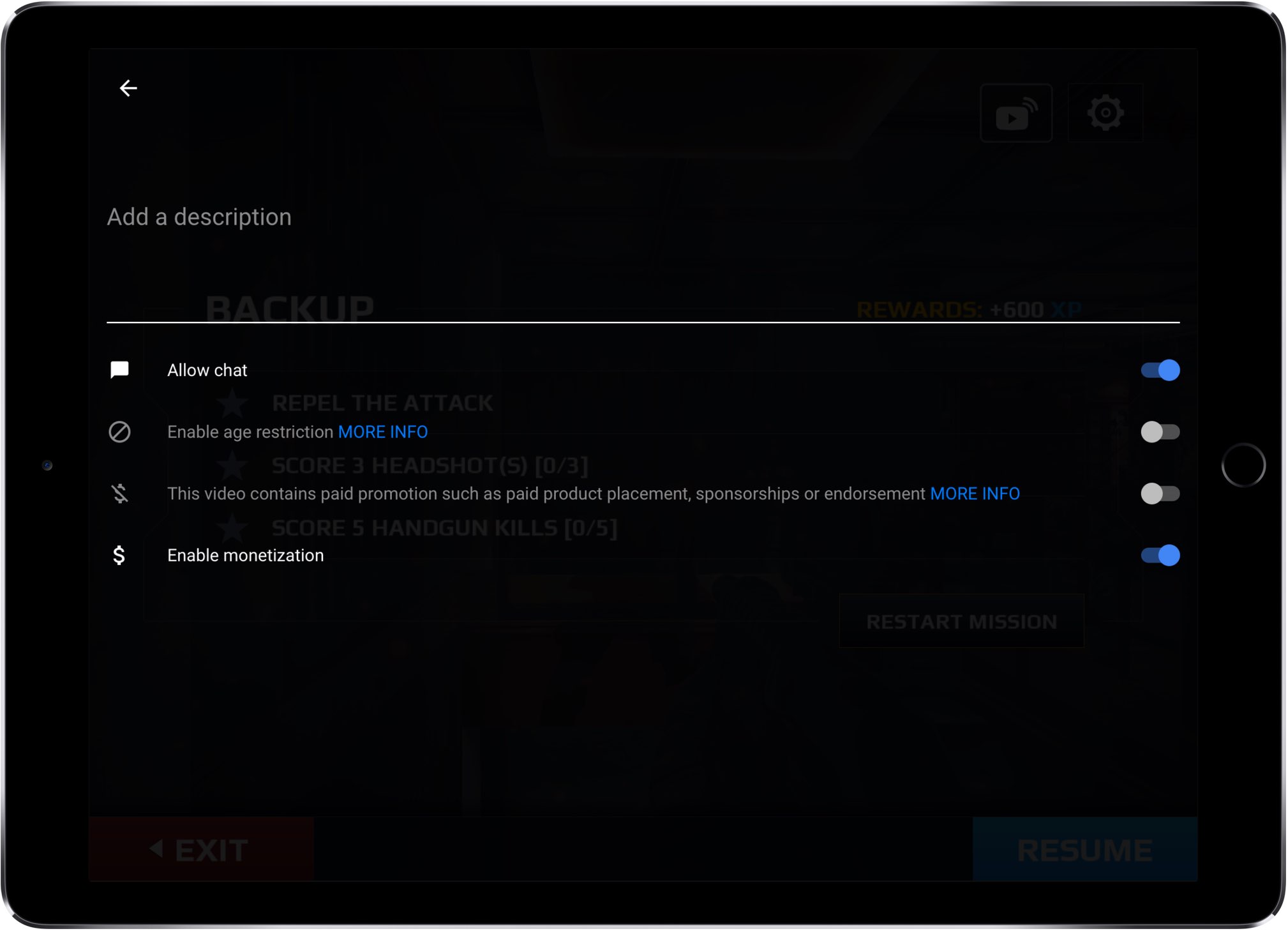 I’ve had no issues streaming with ReplayKit to YouTube via my 10.5-inch iPad Pro but your mileage may vary. Keep in mind that ReplayKit requires an iOS device with a 64-bit chip, meaning you won’t be able to use ReplayKit or broadcast your gameplay live through YouTube on devices like iPhone 5/5c or iPad 4. 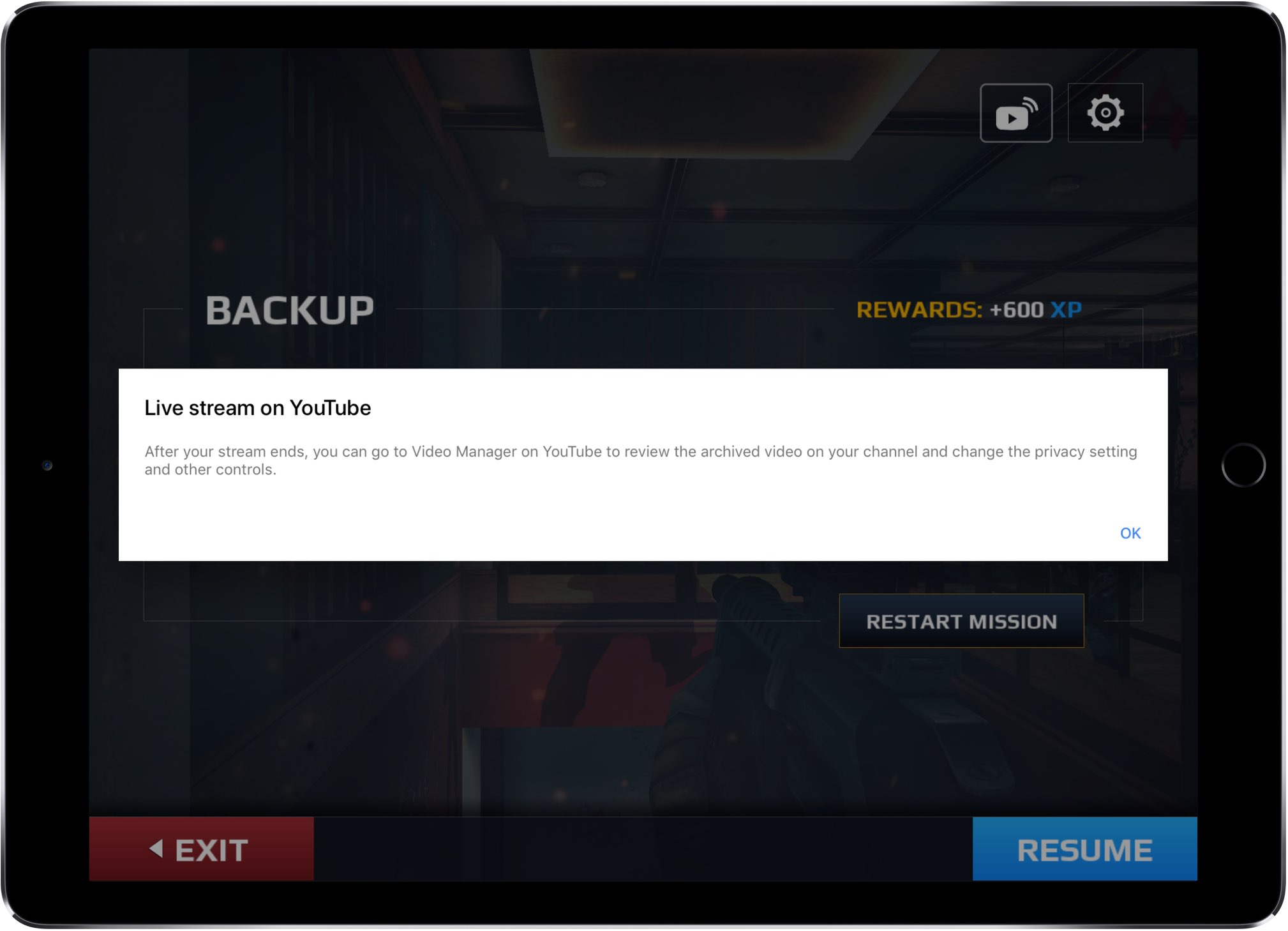 And last but not least, today’s update isn’t limited to games: with ReplayKit, you can live stream apps such as Procreate or whatever’s on your iPhone’s and iPad’s screen directly to YouTube, without needing to use the standalone YouTube Gaming app.