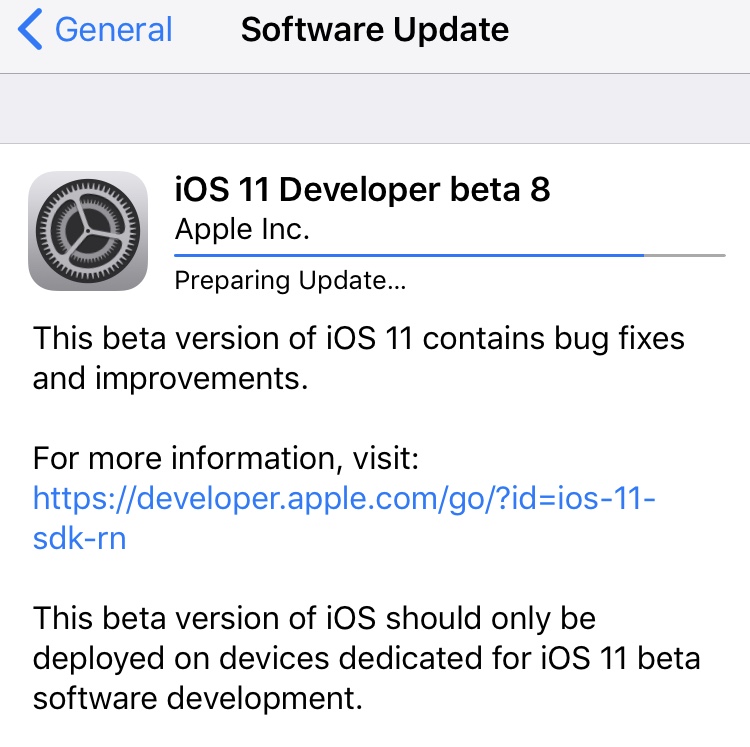 Apple on Monday released the eighth beta of iOS 11, watchOS 4, macOS 10.13, and tvOS 11 to registered developers. The new betas come just a week after beta 7 and two weeks ahead of the anticipated iPhone 8 event, so it’s likely Apple is gearing up for a public release of the updates.

If you’re a registered developer with a device already running a previous iOS 11 beta, you can upgrade to the latest build (15A5368a) over the air using the Software Update mechanism in the Settings app.

We’re installing iOS 11 beta 8 on our devices to hunt for new features, but in the meantime check out our video regarding beta 7 changes:

Similarly, macOS High Sierra 10.13 beta 8 (build number 17A358a) can be downloaded over the air through the Mac App Store’s Updates tab. If you aren’t already running a previous beta, you can grab the full install from Apple’s Dev Center. If you’re curious about what’s new in High Sierra, check out our 100+ new feature overview:

Registered developers with an Apple Watch already running a previous beta version can install beta 8 (build number 15R5371a) over the air using the Software Update option in Settings. Here’s our video on what’s new in watchOS 4:

We’ll update this post (or create a new one, if warranted) with any major changes found in today’s betas. If you see something notable you think we’ve missed, feel free to tell us about it in the comments below, or on Twitter @iDownloadBlog.