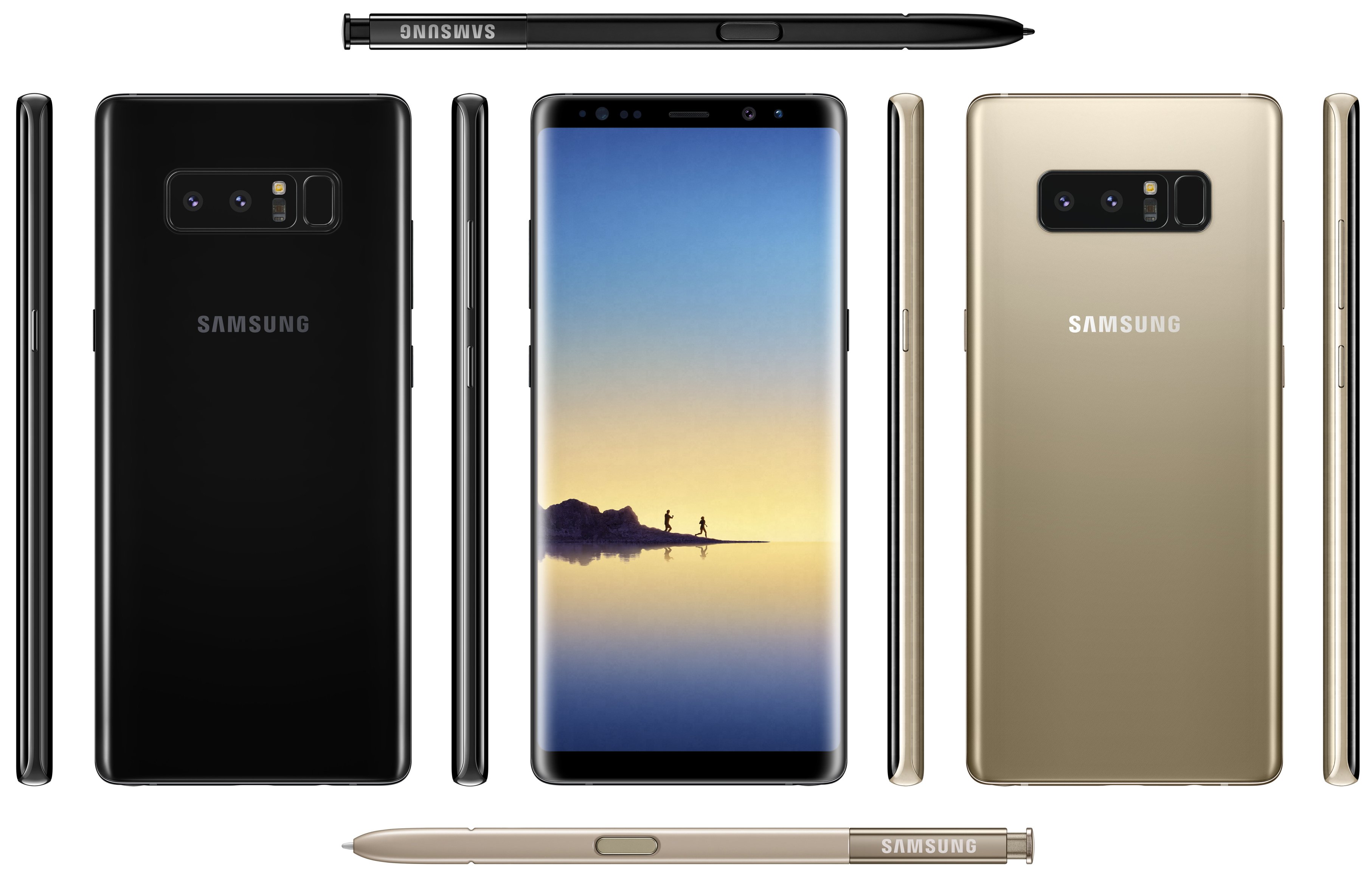 The claimed image depicts a device rocking a nearly full-screen face akin to that on the Galaxy S8 family, plus a dual-camera system—a first for a Samsung phone—along with a heart rate sensor and LED flash housed in a protruding rectangle lens out the back.

Additionally, the leaked image shows the backside and the sides of the rumored device along with Samsung’s S Pen stylus. The phone is set to be officially unveiled later this month.

The slimmer bezels and the Infinity Display were obviously borrowed from Galaxy S8 so this is most definitely Samsung’s new design language when it comes to premium handsets.

Just like with iPhone 8, the positioning of the fingerprint sensor on the rear, to the side of the camera, suggests that Samsung has not been able to resolve manufacturing issues related to placing the sensor underneath the glass at the front of the phone.

The “ultimate multitasking device”, as the South Korean conglomerate is calling the next Note, is due to be unveiled on August 23.