Apple on Tuesday reported its [fiscal] Q3 2017 earnings, offering a look at its performance over the last 3 months. The company says that during the period it sold 41 million iPhones, up slightly from the year-ago quarter, and made $45.4 billion in revenue, also up from last year. Here’s a full breakdown of the numbers.

This quarter’s numbers compared to those from Q3 2016:

“With revenue up 7 percent year-over-year, we’re happy to report our third consecutive quarter of accelerating growth and an all-time quarterly record for Services revenue,” said Tim Cook, Apple’s CEO. “We hosted an incredibly successful Worldwide Developers Conference in June, and we’re very excited about the advances in iOS, macOS, watchOS and tvOS coming this fall.”

“We reported unit and revenue growth in all our product categories in the June quarter, driving 17 percent growth in earnings per share,” said Luca Maestri, Apple’s CFO. “We also returned $11.7 billion to investors during the quarter, bringing cumulative capital returns under our program to almost $223 billion.” 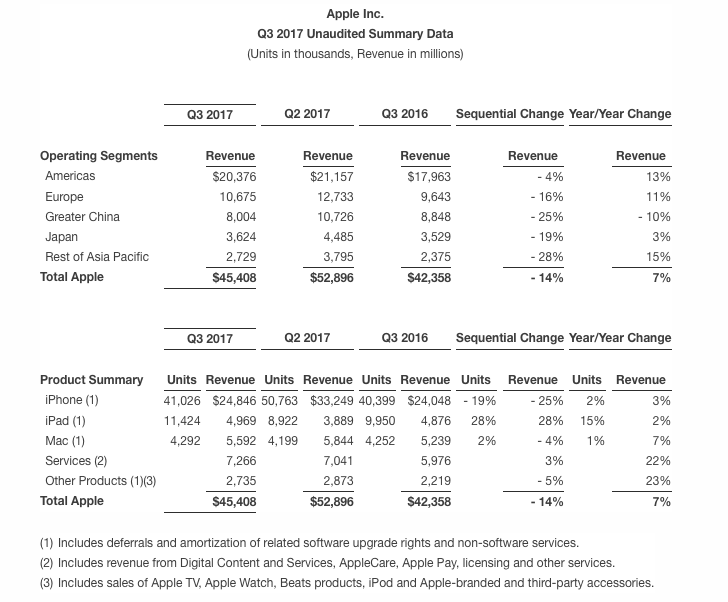 Apple will be starting its conference call shortly, so stay tuned for more highlights from their Q3 earnings.