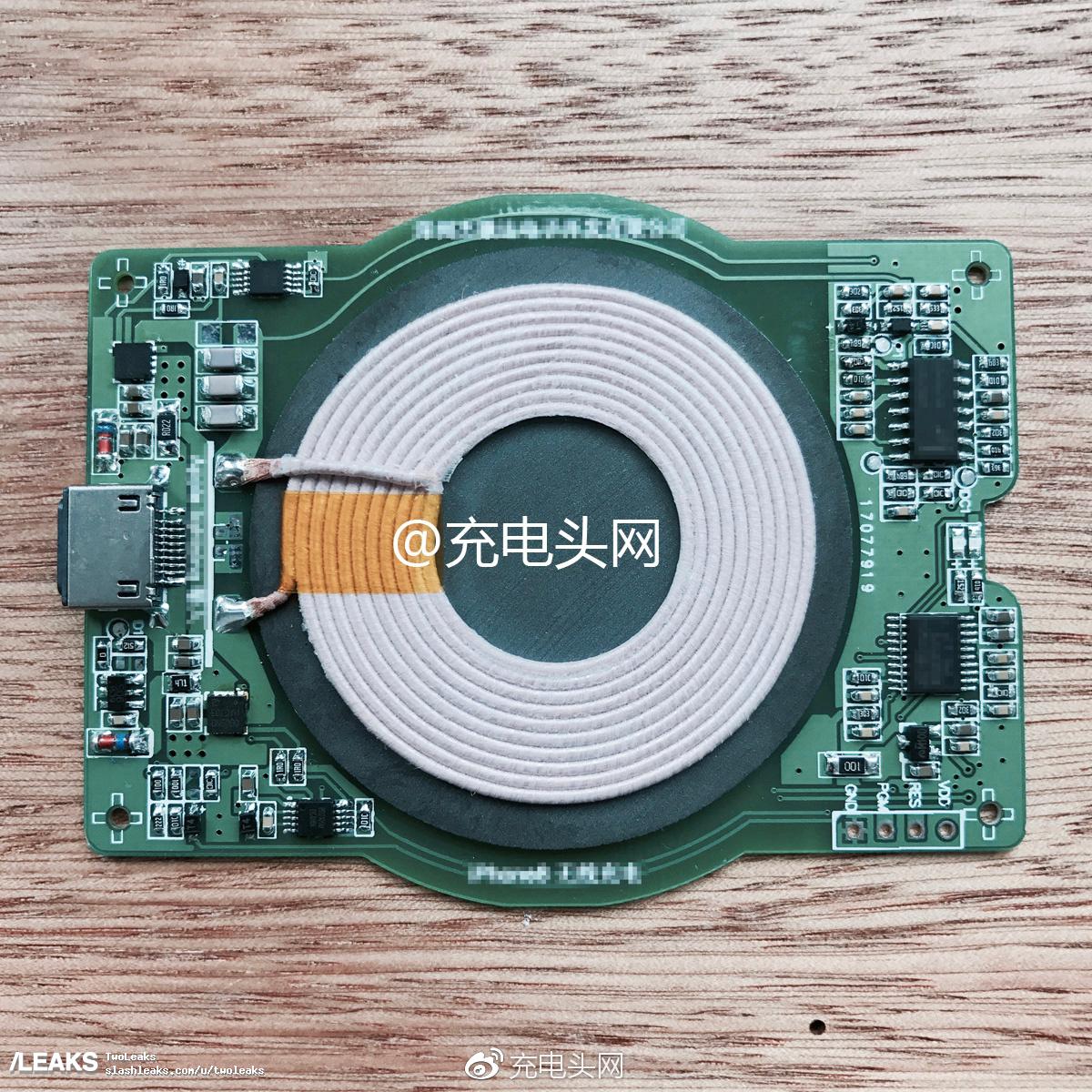 In what could be our first real iPhone part leak, a pair of images showing a wireless charging component of some sort were published earlier this week on leak aggregator SlashLeaks.

The part resembles an external charging pad with a charging coil in the middle. A socket can be seen on the photo with eight solder points which look like a Lightning receptacle.

“Compared to other Lightning connectors, the leaked part has not only the same number of pins, but also identical spacing for ground connectors at the sides,” notes AppleInsider.

The board assembly contains two large chips and is about 2.5 inches wide at the point of maximum width of the coil and about four inches long at its longest point. It’s unclear if it would fit inside Apple’s upcoming phone. Another possibility: the part could be used for the coil assembly in an external charging accessory for iPhone 8 that could be sold separately.

The lack of clear markings conforming to Apple’s known numbering scheme for parts makes it difficult to ascertain the veracity of the SlashLeaks post. You should take this story with a pinch of salt. For all we know, this could be a part from a third-party wireless charging accessory.

A label on the back, seen on another image embedded below, suggests the leaked part conforms to the Qi wireless charging specification. The label also indicates voltage between 5V and 12V and power between 0.6A and 2A. 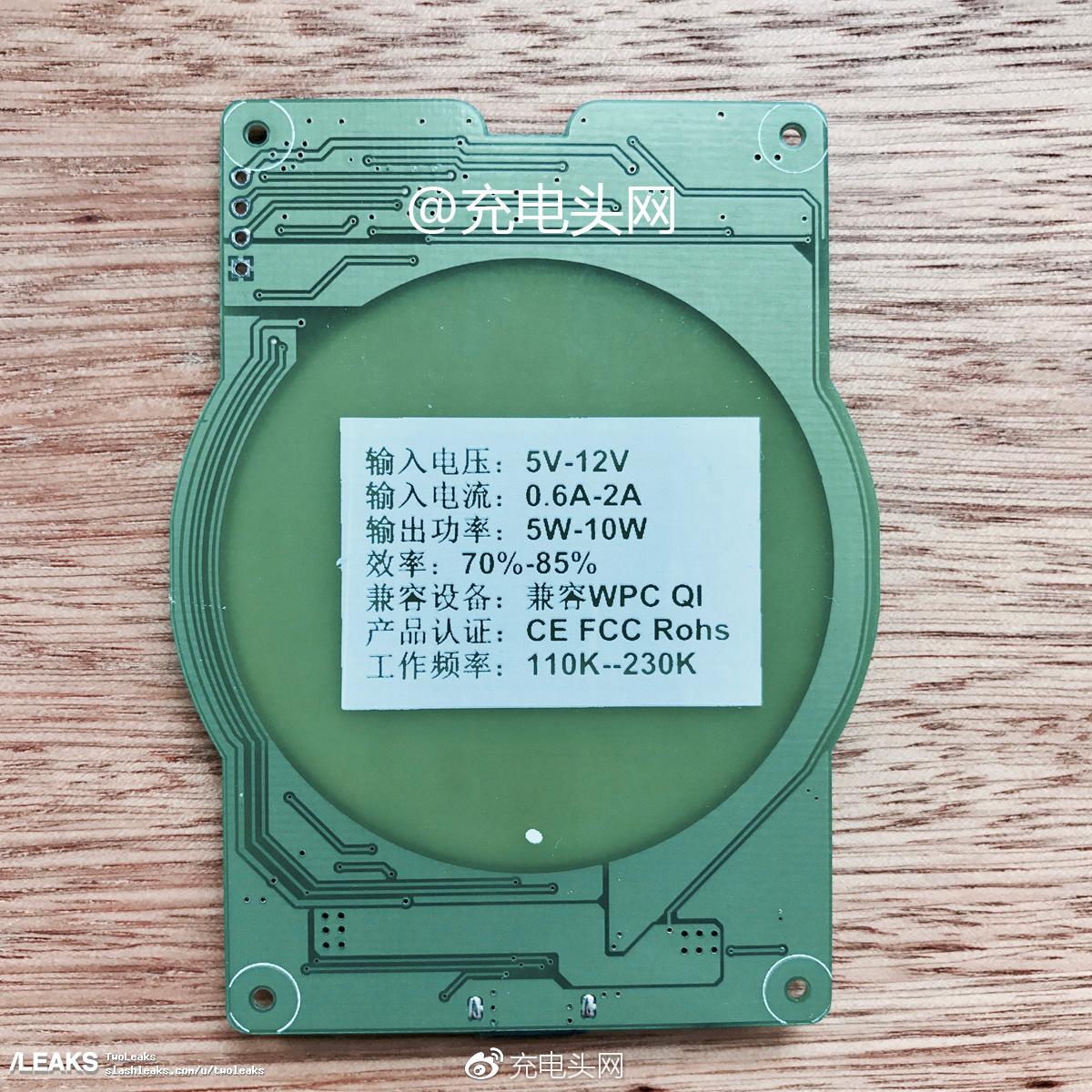 Apple back in February joined the Wireless Power Consortium, which creates and promotes market adoption of the Qi standard for wireless charging used in consumer electronics.

For the sake of completeness, we should mention that Apple Watch uses a custom version of the Q1 standard that’s incompatible with existing Qi chargers.