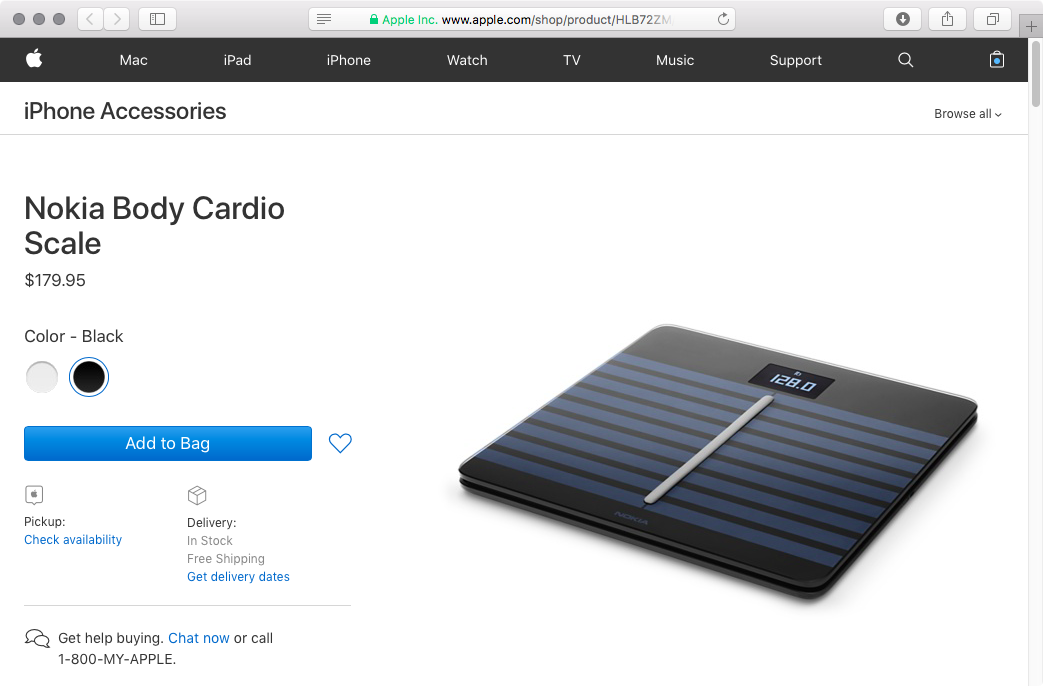 They’re all in stock and available with free shipping.

The devices were previously sold under the French brand Withings. In April 2016, Nokia acquired Withings for a reported $192 million and retired that brand last month.

Licensing disputes between Apple and Nokia across the United States and Europe led to the removal of the latter’s Withings-branded products from Apple Stores.

In May, the two companies signed a cross-license agreement which put an end to all litigation.

Under the terms of the multi-year patent agreement, Nokia will receive an upfront cash payment from Apple and additional revenues during the term of the agreement.