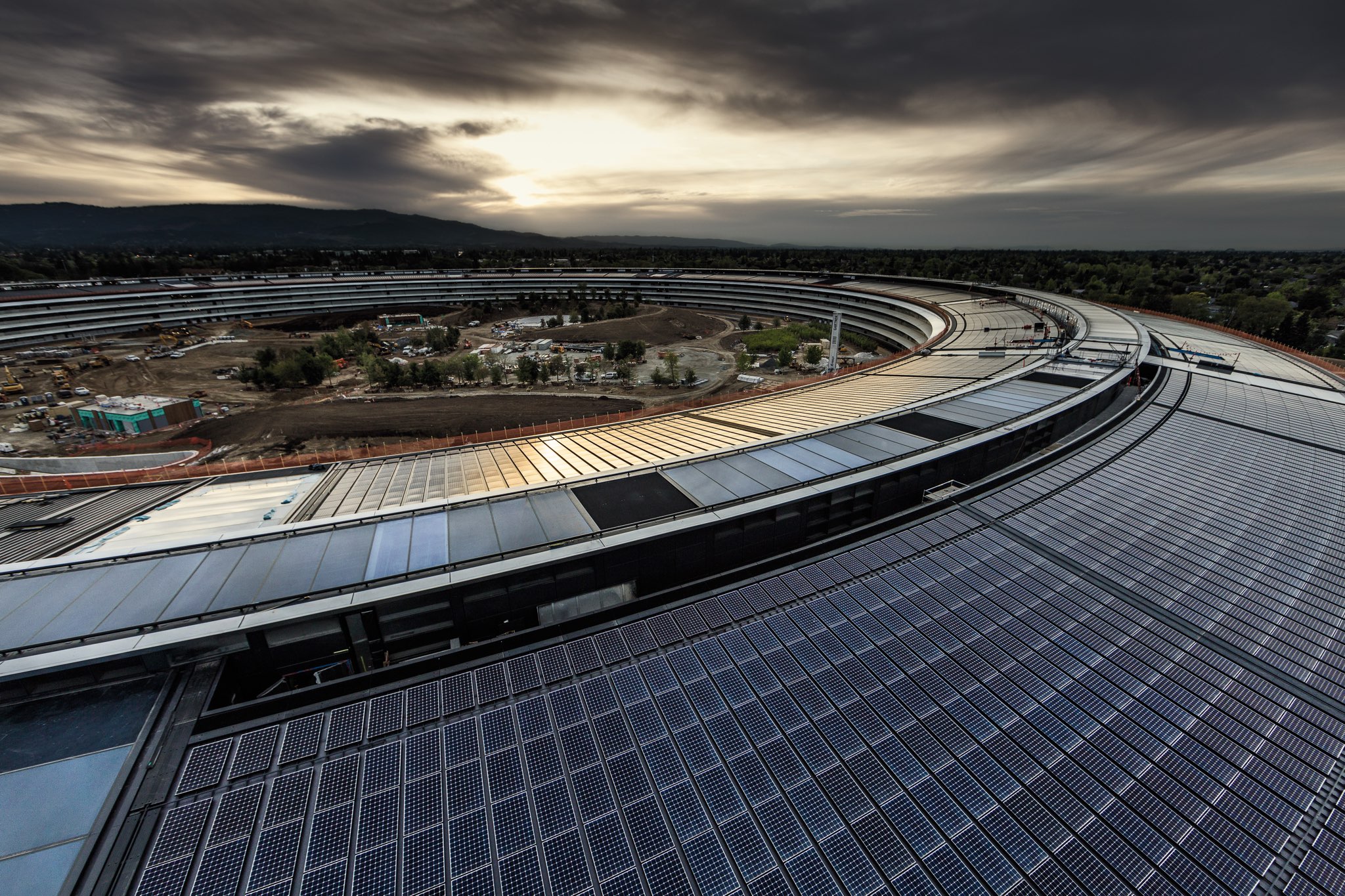 Today’s aerial footage showing construction progress at the Apple Park site may be one of the last videos of the massive headquarters because Apple is reportedly cracking down on drone pilots in the area. AppleInsider has learned of the existence of a dedicated security force at the site with the sole mission to halt these flyovers.

“Another drone pilot claims that they were stopped by a hired security guard who has the express purpose of shutting down drone flights over the campus,” said the publication today.

Apple Park is not currently listed as a no-fly zone by the U.S. Federal Aviation Administration.

The publication notes that FAA guidance requires drones to keep 360 feet away from structures, with pilots required to maintain visual line-of-sight to the drone at all times.

“Apple could have an avenue for restrictions, if they can demonstrate that the drones are causing a nuisance, or are violating one of California’s privacy laws,” reads the article. “Drones landing or being flown from private property can result in a trespassing charge.”

Today’s video from videographer and drone pilot Matthew Roberts offered a closer look at the nearly finished visitor center that will host an Apple Store and a cafe open to the public.

The historic Glendenning Barn has now been reassembled.

The video also offered a glimpse inside the entrance to the 1,000-seat underground Steve Jobs Theater, where Apple will unveil future products.

The glass auditorium is 20-foot tall and 165 foot in diameter.

Landscaping work at the site continues with additional trees being planted inside and around the ring-shape structure with each passing day. By the way, the final tree count is expected to approach 9,000. Also of note, the manmade pond appears to be nearly ready for water.